This past weekend our young women in the Guyanese Girls Rock Foundation! YWLA had an extraordinary opportunity to journey to New York’s state capitol to participate in the 48th Annual Legislative Conference 2019 Youth Summit. Hosted by the New York State Association of Black and Puerto Rican Legislators, Inc. (NYSABPRL) and the Black, Latino, and Asian Caucuses, individuals of all ages and cultural backgrounds came together to promote the NYSABPRL’s mission and annual agenda to inform, unite and support communities of color. The purpose of the enriching and fun-filled day in Albany was to provide an empowering experience, consisting of relevant resources for the girls to be successful in their endeavors to become agents of change in their communities. 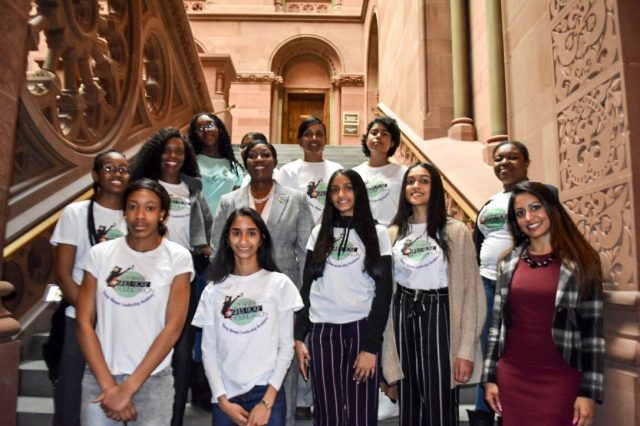 The young women joined their peers, which included youth speakers and panelists, on Saturday morning to speak and collaborate with one another about important topics faced by their age group. Issues and experiences presented by their peers, justified and relevant, brought forth significant lessons to be learned by the group. Conversations about what to expect in college as a colored individual, to a notable lecture on gun violence in schools, left the girls in deep thought about their presence in the Guyanese community as future leaders. 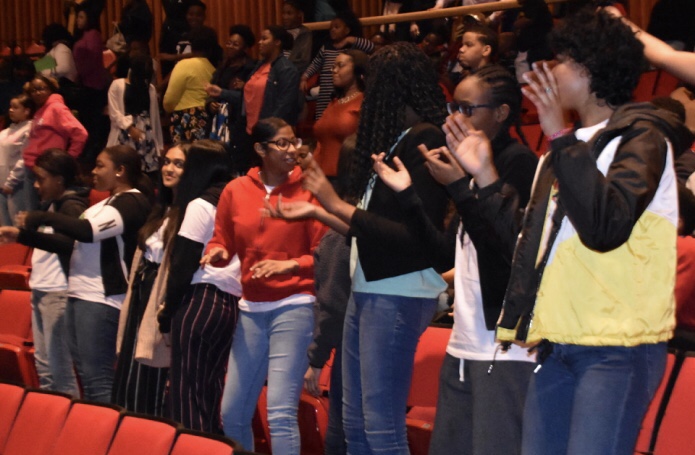 The summit concluded with musical performances and a presentation by Zeta Phi Beta about the history of Black fraternities and sororities, a tremendous community resource the girls can take advantage of in college, to build their leadership skills and presence. Last but not least, the girls learned about the history and did a lesson on stepping, a well-known dance routine adopted by Black and Latino fraternities and sororities. The presenter and DJ got everyone out of their seats to learn how to step, including our founder, Cloyette! 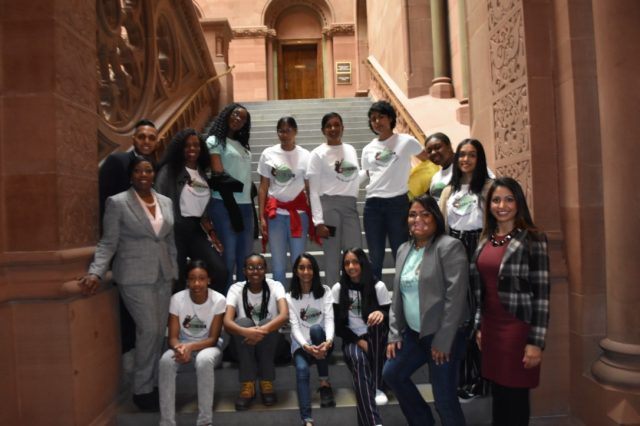 The girls also had the opportunity to be amongst esteemed, influential Caribbean-American, African-American, Hispanic American and Asian American leaders in the New York community while touring the Senators’ chamber, including Hon. Barbara Atherly, Consul General of the Cooperative Republic of Guyana. Thank you to Hon. Atherly for stopping to take photos with the group. She rocks! Also present was Caribbean Life Journalist, Tangerine Clarke. 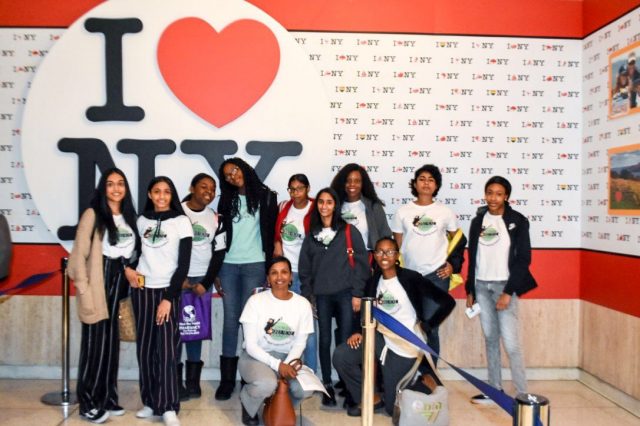 While exploring the chamber and taking lots of pictures, the group had a delicious lunch provided by the Senators, which included staple Guyanese foods, pholourie and chana. 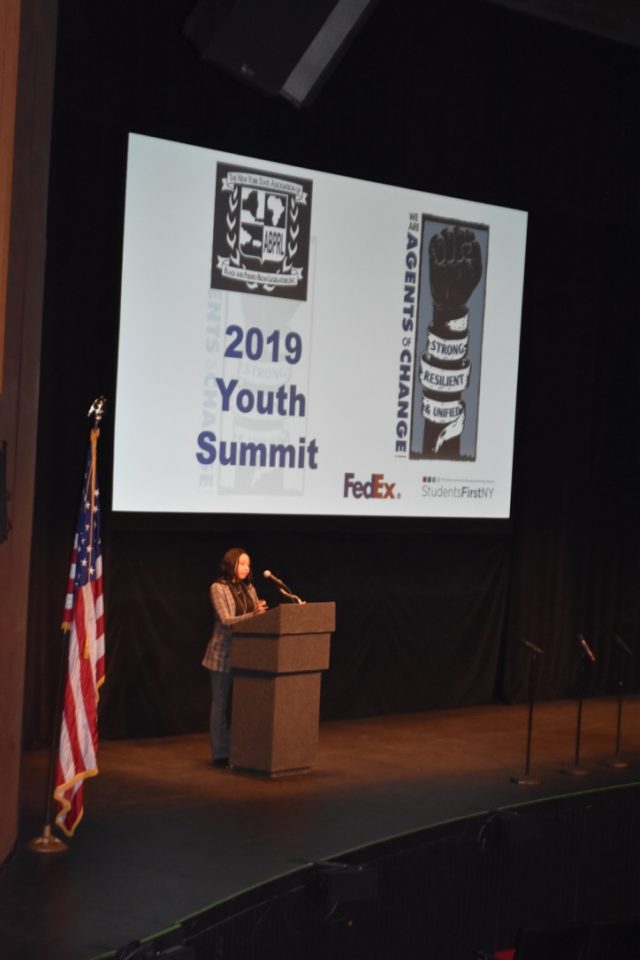 The day ended with Senator Roxanne Persaud, of the New York State 19th Senatorial District, giving the girls a very special and warm welcome. Senator Persaud is a fellow Guyanese girl who is rocking her Guyanese girl superpowers to make a difference for the residents of the 19th District in Brooklyn, New York. 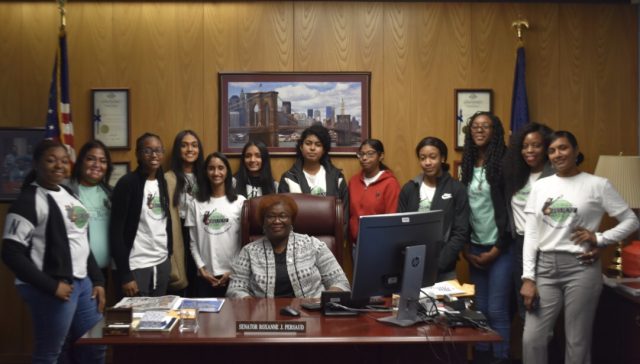 Saturday was an invaluable experience for our girls in the Young Women Leadership Academy to gain new knowledge and feel the empowerment of the leaders and young adults that surrounded them during the conference. 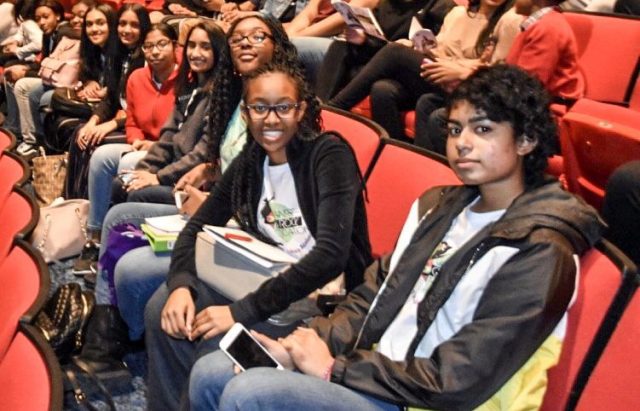 This wonderful opportunity was made possible by Senator James Sanders Jr. of the 10th Senatorial District,  Lisa M. George, Constituent Liaison and Manager of New York State Senator James Sanders Jr’s office, and our dedicated volunteer Annie Mohan, who made the connection and helped us to booked the trip. Finally, thank you to our very own Rhonda Binda for joining us in Albany, helping us to navigate the activities and facilitating some of our meetings and photo ops. 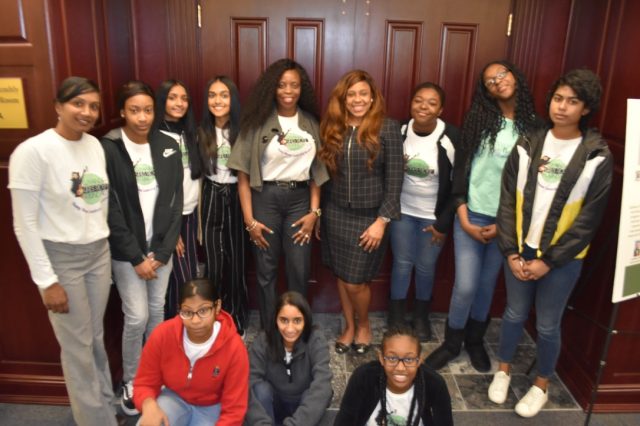 “Upon the successes of civil rights movement in the 1960s and 1970s, the New York State Association of Black and Puerto Rican Legislators, Inc. (NYSABPRL) was founded by legislative caucus members, on October 11, 1985, as a non-political, charitable organization, incorporated under Section 402 of the New York Not-for-Profit Incorporation Law, with a 501(c)(3) purpose and mission. NYSABPRL’s fundamental purpose is to promote the common good, social and general welfare of the various people of the community; foster and maintain an interest in racial tolerance in the world; to encourage the development of the community and promote economic growth.” 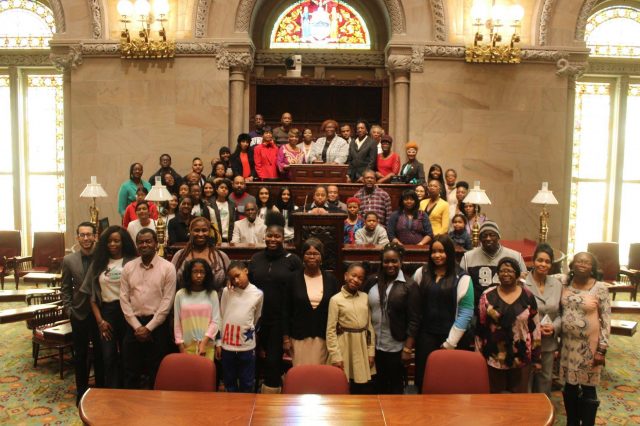 Group photo with Senator Roxanne Persaud in the Senator’s Chambers

From those small victories, slowly, two became three, three became four, and four became many. Upon the successes of civil rights movement in the 1960s and 1970s, the New York State Association of Black and Puerto Rican Legislators, Inc.