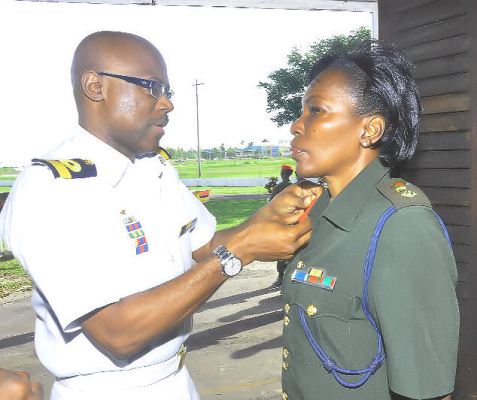 Windee Algernon will go down in history as Guyana’s first female army Colonel and the first full-serving female member of any of the Caribbean’s armed forces to hold such a rank.  Colonel Algernon was promoted in the Guyana Defense Force from Substantive Lieutenant Colonel to this male dominated rank in January 20, 2012. Reflecting on this milestone, Colonel Algernon told reporters that she has been in the army since 1980, served in a number of appointments and underwent several training courses locally and overseas. She … read more