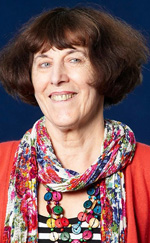 Pauline Melville was born in Guyana in 1948 and has emerged as one of the most accomplished talents on the modern literary scene. Her pre-school years were spent in the then British Guiana. Her father was “mixed-race Guyanese, part South American Indian, African and Scottish”, and her mother came from a “big working-class family” in south London. The family moved to south London in the early 1950s, when she was “five or six”. A professional actor before she became a … read more