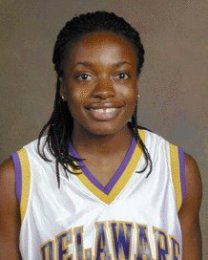 Cindy A. Johnson is a professional basketball player who played for the University of Delaware and several European teams.   In 1998 and 2000, she was captain of the Guyana’s National Women’s Basketball Team during the Caricom games. A graduate of the University of Delaware, Cindy played a pivotal role in the rise of UD women’s basketball in the late 1990’s under coach Tina Martin.  She finished her career as the schools all-time leading scorer and one of the most honored … read more