Guyanese-born Daphne Steele made headlines around the world when she became the UK’s first black hospital matron in 1964. For the time, Daphne’s achievement was nothing short of amazing. 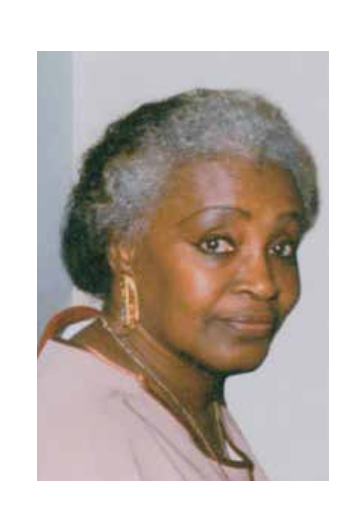 Former Deputy Director of Nursing at the Department of Health, Nola Ishmael, described Daphne as a ‘first’ who led with dignity and determination.“ She helped to shape aspirations for BME nurses across the profession who sought to follow in her footsteps.”

Daphne was born in 1929 in the Essequibo region of Guyana, where she grew up as the eldest of nine children. While her mother looked after the house and the children, her father was a pharmacist who travelled regularly around the country. Perhaps it was her father’s career in the health industry that inspired her career path – young Daphne grew up with aspirations to become a doctor.

Daphne started nursing and midwifery training in 1945 at the public hospital in Georgetown, Guyana. She emigrated to the UK in 1951 and started out on a fast-track training programme at St. James’ Hospital in Balham, south London. In 1955, her career took her to the United States where she worked at a New Jersey hospital. She returned to the UK five years later and was stationed as a nurse at RAF Brize Norton in Oxfordshire before moving to Manchester to become a deputy matron at a nursing home.

The nursing home was facing closure and Daphne considered her next move. Recognising her ambition, the matron in charge of the nursing home emboldened Daphne to go for the position of matron at a hospital in West Yorkshire, with the encouraging words of “Come on, Steele!” The encouragement worked and in 1964, Daphne made history by becoming the first black matron in Britain at St. Winifred’s Hospital in Ilkley, in the same historic building where Charles Darwin had lived a century before. News of Daphne’s appointment spread as far afield as the United States and, of course, her native Guyana. When St. Winifred’s closed in 1971, Daphne trained as a health visitor at Leeds University. She took on her role with renewed vigour and quickly became an integral part of the community.

Her sister, Jeune, recalled a time when she went to visit Daphne in Ilkley, where she was a health visitor. One day, they set off to go shopping. However, so many people stopped to ask Daphne for advice that they barely made it to the shops, such was Daphne’s devotion to the people in her care. In fact, it was due to Daphne’s passion for nursing that Jeune herself entered the profession. She says: “Daphne loved being a nurse and would bend over backwards to help. She never seemed to be off duty. There was always a willingness to do something, to advise, to ask questions. She was definitely a people person. You could say she was the ideal nurse!”.

Retirement did not stop Daphne leading an active life. She was a devout Methodist and was involved with volunteer organisation Soroptomist International, as well as serving as vice president for the Association of Guyanese Nurses and Allied Professionals (AGNAP). She loved cooking, music and amateur dramatics. Her contribution to her local community was recognised by the Rotary Club and, in addition, she received an award from the government of Guyana in recognition of her services to nursing.

Sadly, Daphne died in 2004. She is remembered fondly by all of her family and peers. Jeune described her as someone with the most heart-warming smile and a great sense of humour. She said that Daphne gave 110 per cent to everything she did, giving freely of her time, and was always willing to help people. She will also be remembered by future historians charting the history of the NHS.