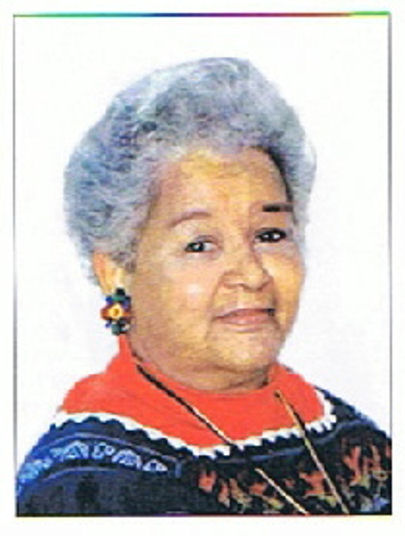 Before there was American Idol, there was Pat Cameron, who as host of the influential radio show, `On Show Young Guyana,` helped give recognition to the musical abilities of many young Guyanese.

Pat was born on October 3, 1924 to Lilian Gertrude Christiani and Henry Perot Christiani. A Bishop’s High School graduate, she  worked in the Guyana Civil Service and was trained as a Social Welfare Officer in Jamaica. She entered the world of broadcasting by way of reading scripts for Broadcasts to Schools, then joined Radio Demerara on February 9, 1959.  She worked alongside another iconic female broadcaster, Olga Lopes-Seale also known as ‘Aunty Olga.’ Hers was a well-loved household name in Guyana, though some, both young and old, preferred to call her Aunty Pat.

Apart from being a broadcaster Aunty Pat was a talented actor and an enthusiastic celebrator of Guyanese folk traditions. On the radio she was popular for hosting shows such as A Visit with Patricia, Woman’s World, Countryside Gaff, On Show Young Guyana, Colgate Cavity Fighters Club, Beauty that Endures, Hear What Ah Tell You, Salute to Senior Citizens, The Talking Book (for the Blind), Visits to Institutions at Christmas (Christmas at the Dharm Shala, ..at the Mahaica Hospital, ..at the Georgetown Hospital), A Theme for a Dream, A Song Like Poetry, Woman Home and Family, Music from Mackenzie, A Tapestry of Song, Randy (Randolph) Profitt and the Boys and Yesterpops. Pat did research into Guyanese folklore and recorded a series of programs featuring Guyanese proverbs told in dialect.

Pat was the recipient of many awards such as the Golden Arrow of Achievement, one of Guyana’s highest national awards, for “broadcasting of an exceptionally high standard.” She was also voted Best Actress and Best Supporting Actress for dramatic performances at the Theatre Guild of Guyana and the National Culture Centre of Guyana. Pat loved writing poetry and in 2000 she issued a limited publication of selected poems, titled “This is My Song.”

Pat Cameron belonged to an era of great broadcasters, when radio was the dominant medium, and when a good voice was an important asset. She had a rich and alluring voice. With clear and precise enunciation she would read the news or conduct programmes on the radio. Her programme “A Visit with Patricia” made her one of the most popular announcers and probably the finest of her kind in the Caribbean. Not surprisingly, Pat Cameron became one of the most recognized voices and loved broadcasters.

Aunty Pat dies in June 2009 at the age of 85.  She was the mother of Capt. Christopher Cameron, Dianne Cameron-Aaron  and Gail Cameron-Langevine. 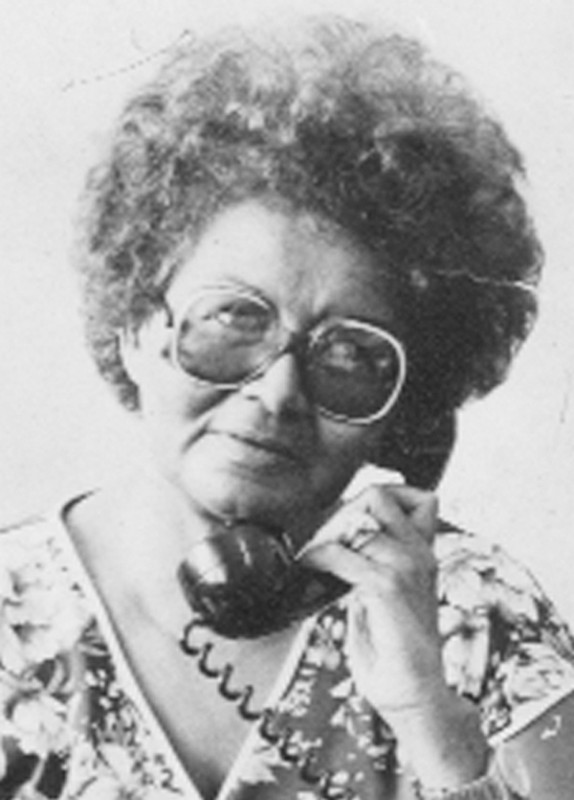 Pat Cameron earlier in her career.