We all love a good gossip from time to time but also know that gossiping can be detrimental to reputations and self-esteem, and damage relationships.

According to the Daily Mail Online, a new survey  concludes men are by far the worst culprits. The survey claims that 1 in 10 men like to dish the dirt on other people, compared with 4% of women, while more men than women are guilty of spreading rumours, according to the poll.

Some 55% of men said they gossiped at work, compared with 46% of women whose top topics were family feuds, followed by the latest storyline in EastEnders, old school friends, fashion errors and what neighbours are like.

Among men the favourite subject is old school friends, then the sexiest girl at work, promotions, salaries, and finally their best friend’s conquest, the survey found.

At home, 17% of men confess they were more interested in pillow talk than sex, with only 10% of women saying the same. However, a fifth of girlfriends and wives said they preferred to gossip with a mate than their partner. 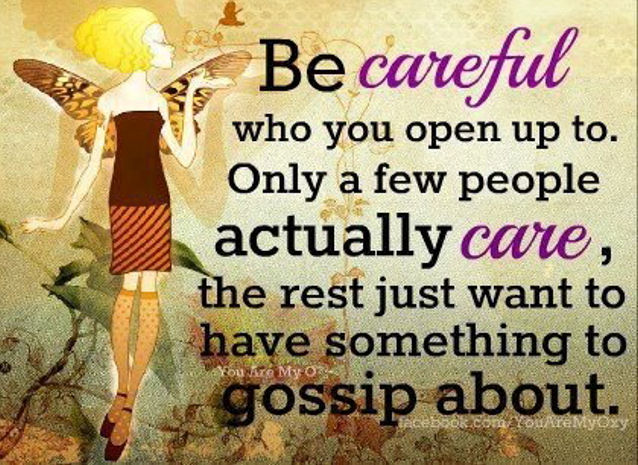 American radical feminist and writer Andrea Dworkin once said “While gossip among women is universally ridiculed as low and trivial, gossip among men, especially if it is about women, is called theory, or idea, or fact.”

Do you agree or disagree?