Afuwa Granger is a visual artist, writer, and poet who uses her work to construct a visual language around intersections of identity, particularly race and gender. She was born in Guyana to current President, David Granger and First Lady, Sandra Granger.  Afuwa studied in Jamaica at the Edna Manley College of the Visual and Performing Arts, and lives and creates her artwork in Vancouver, Canada. 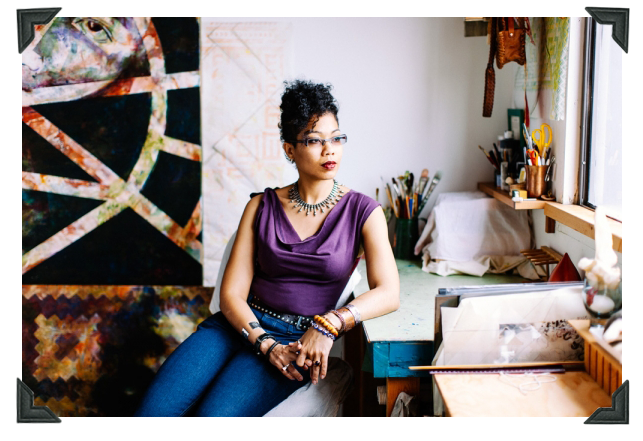 Afuwa’s  art is based on her family photos and the idea of the immigrant body. With many relatives across the globe, she wanted to depict the challenges of living a nomadic life. Family, friends, and human connections are very important to Afuwa, and part of where she finds inspiration. She says that as a person of colour it is particularly important to have people who know you and understand you because you don’t have to explain yourself to them – you are precious to them. The real 24-carat gold that Afuwa used to create these art pieces represents this idea of preciousness and how, when you leave a play, it’s difficult to decide what to take with you. It also alludes to the reality that, while Canada freely exploits Guyana for its gold, it is a lot more reluctant to take in its people. “To me, my family is gold,” she says, “so they can come in.” (Access and Diversity Blog, Feb 2014)

In an article by Diversity Works, Afuwa shared the following about her work. “I paint in order to understand my history; to give form to the marks borne by my ancestors throughout lives of enslavement, indentureship, economic migration and colonisation. My work necessarily reflects the experience of living within a body politicised by these forces and complicated by pain; it focuses on provoking a dynamic confrontation with belief, truth and layers of perception. These layers feed my fascination with skin, with transience, with memory. Like layers of paint, tissue manifests the ancestral in the flesh; simultaneously protecting and exposing the chimæra within. The ancient petroglyphs enmesh personal physical history with the tangible, visible present.” 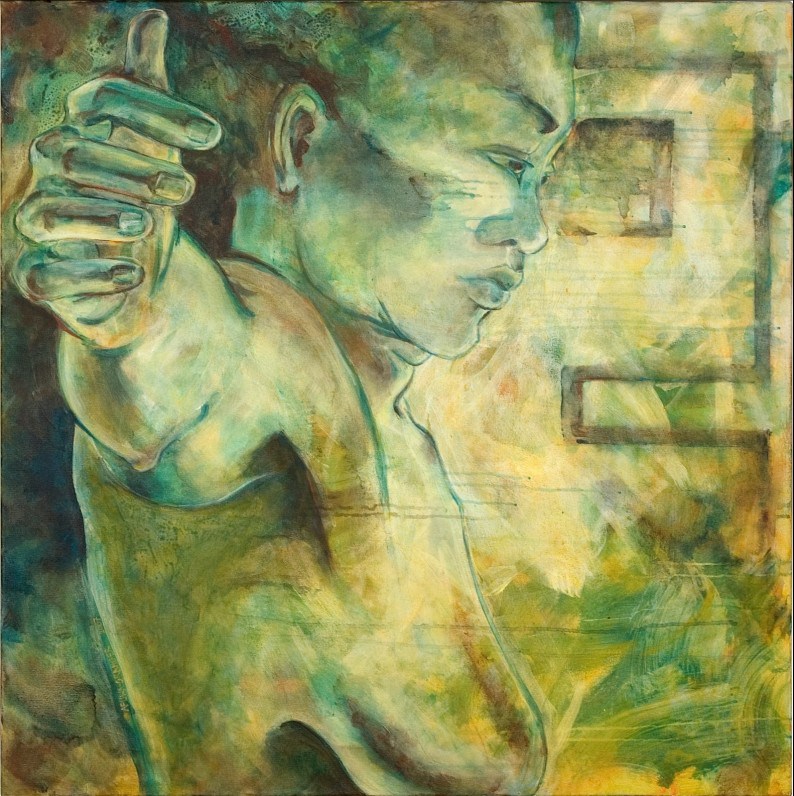 “SOMETHING MOTHER SAID ABOUT SNAKES” by Afuwa Granger

In addition to gallery exhibitions, Afuwa’s images and writing have appeared in Briarpatch Magazine, The Feminist Wire, subTerrain, and West Coast Line. She has also worked with LOVE BC to create murals with youths at risk for homelessness and her artwork has accompanied Ajamu Nangwaya’s Briarpatch Magazine article on police violence against youths of African heritage.  Her work was also featured in the Love As A Radical Act forum at thefeministwire.com and straight.com.  Afuwa’s piece “Colonial Blanket for Peoples Who Refuse to Vanish” was viewed at Gallery Gachet, and her solo show “Familiar Icons: Portraits of Diaspora”  at The Lobby Gallery at UBC’s Liu Institute for Global Issues, where she was a 2013 Visiting Fellow. Afuwa was nominated to be one of Vancouver’s Remarkable Women of 2014. 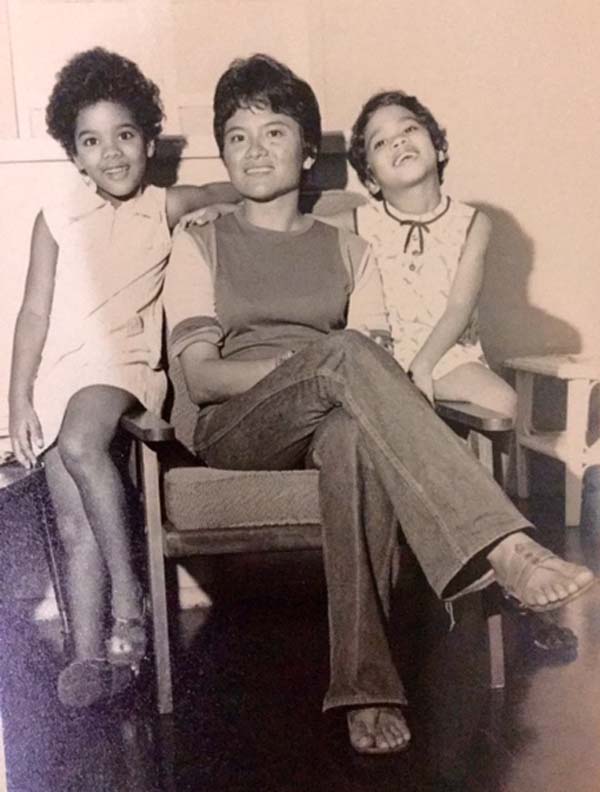 On May 16, 2015, Afuwa’s father Brigadier David Granger became the the 8th Executive President of the Co-operative Republic of Guyana. Afuwa traveled home to Guyana to attend the inauguration ceremony.

Afuwa’s older sister, Han Granger-Gaskin, is the Managing Director of their her family-owned business Topaz Jewellery, which is located in Georgetown, Guyana.  She is married to the Hon. Dominic Gaskin, Minister of Investment & Business in Guyana and has four children.

You can learn more  about Afuwa’s artwork and events via her website www.afuwa.wordpress.com 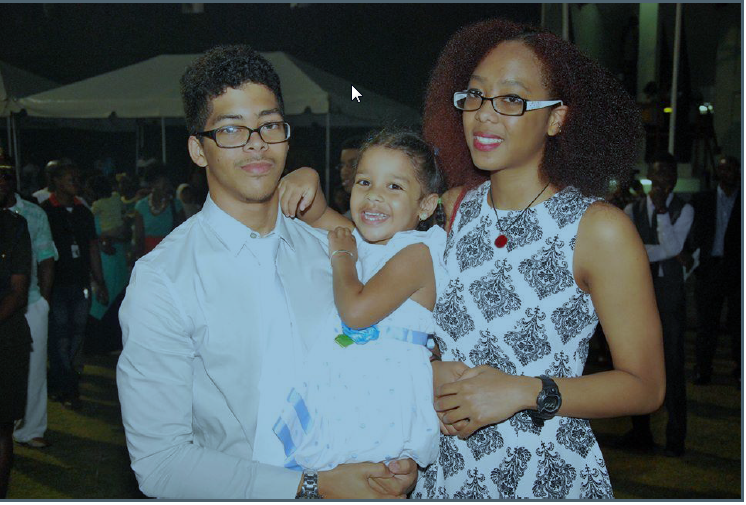 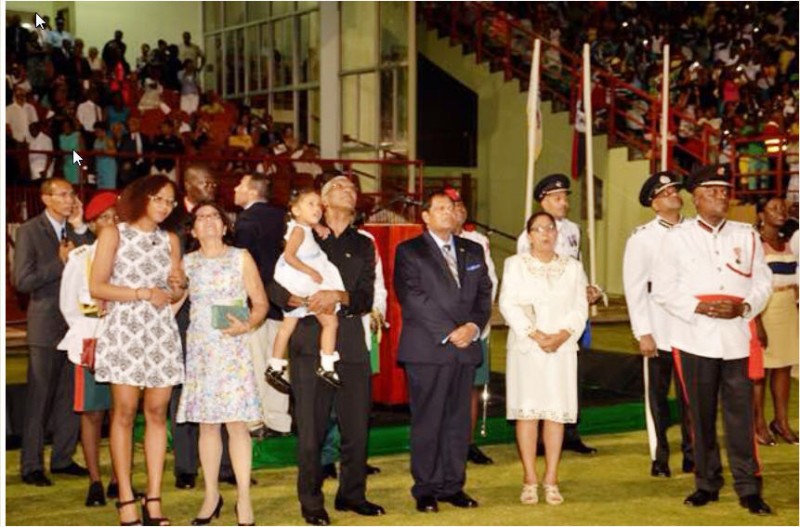