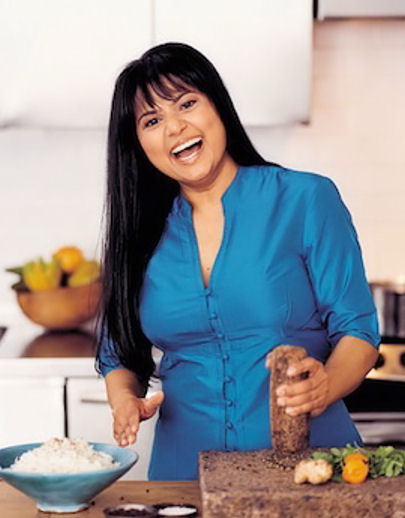 Nirmala Narine is a World Traveler, Author, Executive Producer, Television Host, and Founder of Nirmala’s Kitchen, the go-to company for spices, grains, sauces and much more.   She was born in Guyana and at the age of six Nirmala began to cook in a tiny kitchen with no running water or electricity.  It was Nirmala’s grandfather, an Arya Samaj Hindu Pandit, who schooled her in the ancient Indian arts of holistic cooking and Ayurvedic living.  When she was 11, her family  … read more