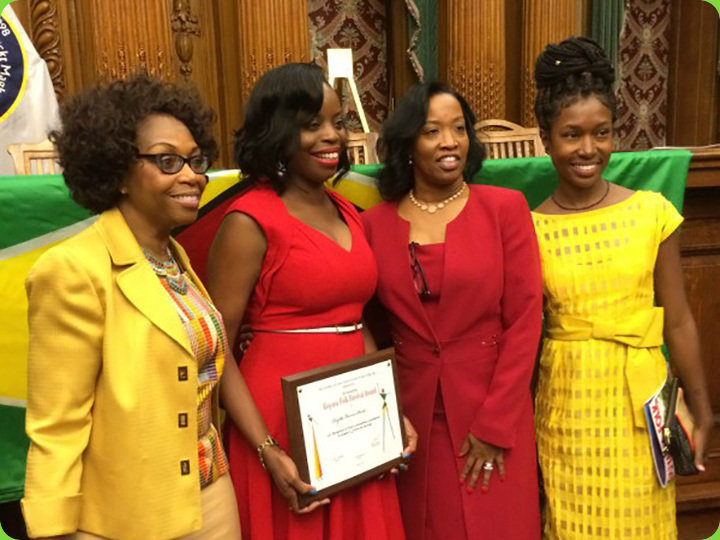 Guyanese Girls Rock founder, Cloyette Harris-Stoute, was one of 10 women who were recently honored at the 2014 Guyana Cultural Association Folk Festival Award Ceremony in Brooklyn, New York.   Cloyette, who was recognized for her outstanding contributions to contemporary media, was presented with her Award by GCA committee member, Allison Skeete. Other notable honorees, many of whom were featured by Guyanese Girls Rock,  included Patricia Jordon-Langsford, President of The Guyana Tri-State Alliance, Inc. who received the GCA Lifetime Achievement … read more

Challenges make you discover things about yourself

⭐️Self discovery is the journey that you take