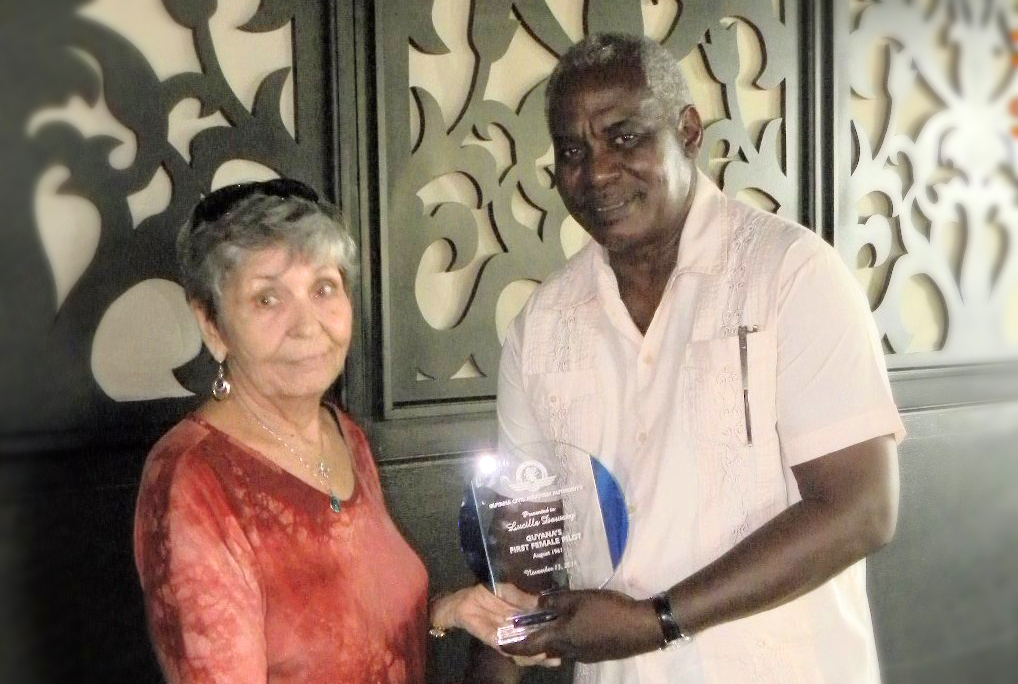 Guyana’s first female pilot, 72-year-old Lucille Dawsey was honored by the Guyana Civil Aviation Authority (GCAA) on Thursday, November 13, 2014 at the Silhoutte Restaurant in Georgetown. Ms. Dawsey was recognized for the major contributions she made in the aviation arena, and for the many examples she set for the other female plying the trade. The Guyanese born retiree received her pilot’s license in 1961 and was attached to TransGuyana Airways Limited at the now Ogle International Airport. After receiving … read more