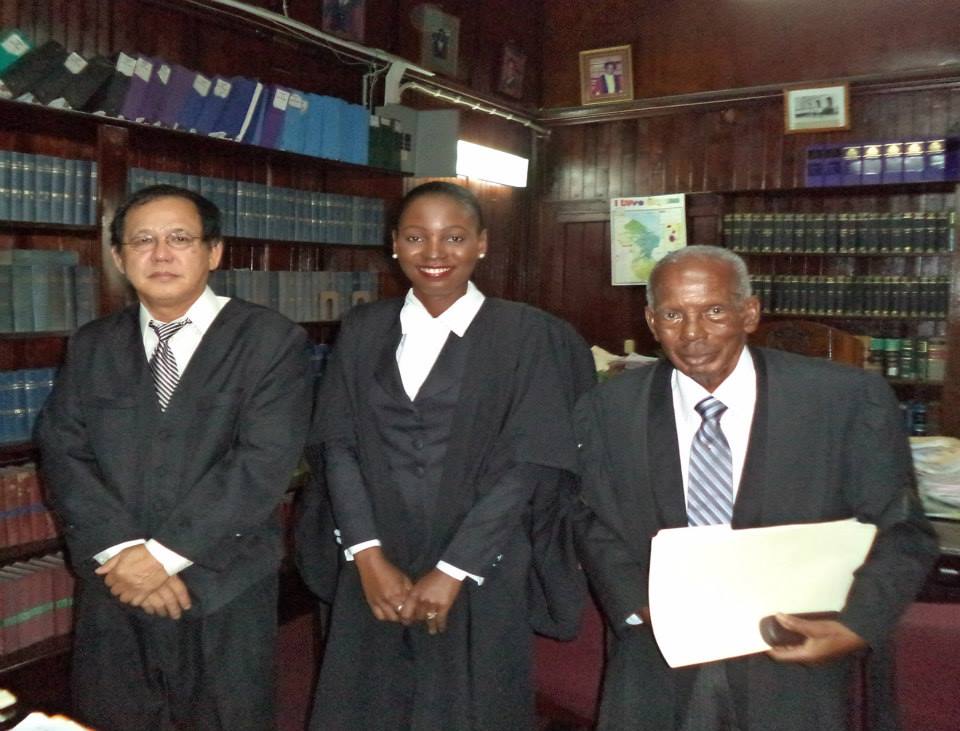 Stabroek News Former Prime News reporter Folio Emis Richards was yesterday admitted to the local bar after her petition was presented to Acting Chief Justice Ian Chang by former chancellor of the judiciary Keith Massiah SC. Richards, 28, is the youngest of five children born to Oscar and Violet Richards and she grew up in Sisters Village, West Bank Demerara. After graduating from the West Demerara Secondary School in 2002, Richards first worked temporarily as a legal clerk at the … read more