Cindy Rajkuma, a dual-enrollment student who graduated from Valencia College and Ocoee High School in Orlando, is determined to get into medical school. “Becoming a doctor has always been my career path,” says Cindy, who will begin classes at Johns Hopkins University in Baltimore in January 2016, right after she completes an internship in Washington, D.C., with the National Institutes of Health. 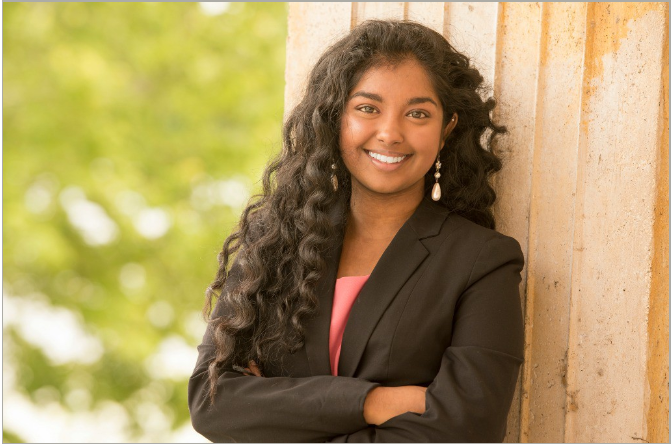 She doesn’t have to worry about paying for college because Cindy has been named a 2015 Gates Millennium Scholar, meaning that the Bill and Melinda Gates Foundation will pay her tuition for any college she attends, including earning a doctorate, while she studies medicine or public health. She also won a $40,000 scholarship from GE and the Ronald Reagan Presidential Foundation. Although Cindy, now 18, seems as if she’s on a fast-track to medical school, her family came from simple origins.

Originally from Guyana, Cindy’s parents moved to New York before she was born. Although they have a large extended family in New York, Cindy’s parents wanted to get away from the cold of New York and headed to Orlando – where her father, an auto mechanic, opened an auto body shop in Pine Hills.

Her mom dreamed of becoming a nurse, but her plans got sidetracked when she had Cindy and her little brother, Andy, who’s 12. But when Cindy went off to high school at Ocoee High, her mother enrolled at Valencia, studying nursing. (Today, her mom is a registered nurse, working at Florida Hospital Waterman.)

Valencia Dual-Enrollment Graduate Has Her Sights Set on Medical School

One comment on “Stories We Love! Valencia Dual-Enrollment Graduate, Cindy Rajkuma, Has Her Sights Set on Medical School”