In 2004 Maritza Correia McClendon made history when she became the first Black woman to earn a place on the U.S. Olympic Swim Team. She helped to secure the silver medal in the 400-meter freestyle relay at the Summer Olympic Games in Athens, Greece.  Maritza was born on December 23, 1981 in San Juan, Puerto Rico to Guyanese parent, Vincent and Anne Correia. 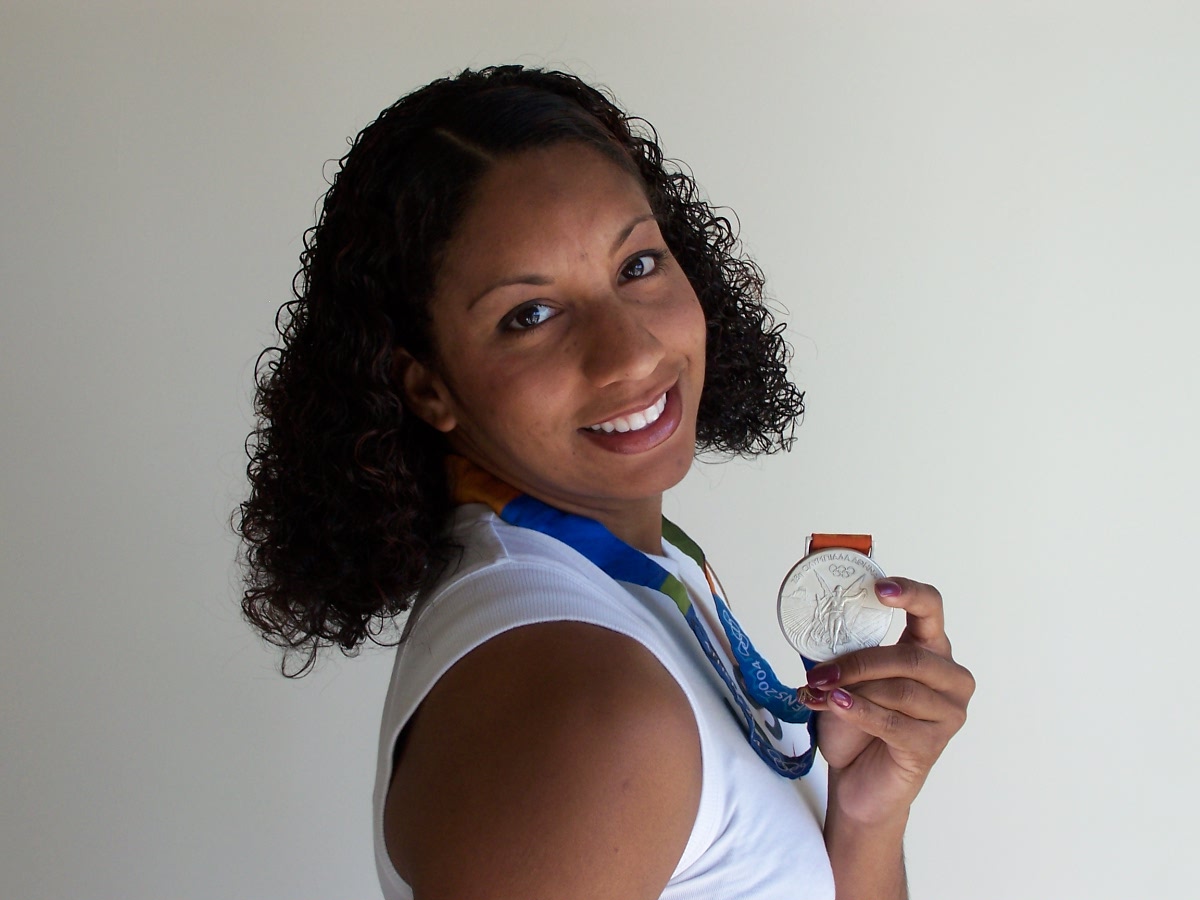 In 1988, when Maritza was seven years old, she was diagnosed with severe scoliosis which is an abnormal curvature of the spine.  Her doctor recommended that she take swimming classes as a treatment to help correct her condition. Initially therapeutic, swimming became Maritza’s passion.In 1990, Maritza’s family moved and settled in Tampa where she joined the Brandon Blue Wave Swim Club.  At Tampa Bay Technical High School, she continued to compete, becoming one of the state’s top swimmers. She won the 100-meter freestyle event at the Florida state championships four times and made the 1997 USA National Junior Swim Team that competed in Sweden.

In 1999, Maritza became the U.S. national champion of 50-meter freestyle event for swimmers aged 18 or younger. She was also a six time Florida High School State Champion in the 5 different events-level swimming competitions.  She was also a part of the USA Short Course World Championship Team which competed in Hong Kong.  Maritza  graduated high school that year and moved up to college level swimming. Later  in 1999, Maritza joined the University of Georgia Lady Bulldogs swimming and diving team and aided the team when they won their title in the 400m freestyle relay. She earned a share of the SEC Commissioner’s Trophy for high point honors, being the first and only swimmer in SEC history to win an SEC title in all Freestyle events. During her college career she was a 27-time All-American, and 11 Time NCAA Champion. 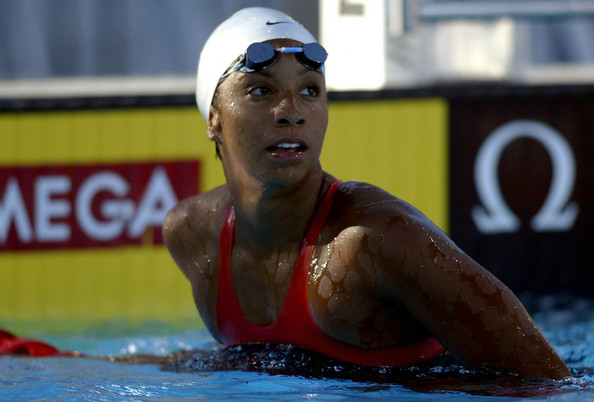 In 2001, Maritza won a gold medal in the 800m freestyle and two bronze medals in the medley and 400m freestyle relay as a member of the U.S. Team at the 2001 World Championship celebrated in Japan. In 2002, she became the national champion in both the 50y and 100y freestyle and was a member of two winning relay teams at the NCAA Championships celebrated in Austin, Texas. She set the NCAA, American and U.S. Open records with a time of 21.69 in the 50 y freestyle, surpassing Amy Van Dyken’s mark of 21.77 set in 1994.  Maritza also earned seven All-American certificates and she was awarded the Commissioner’s Cup as the high point scorer in the SEC Championships. 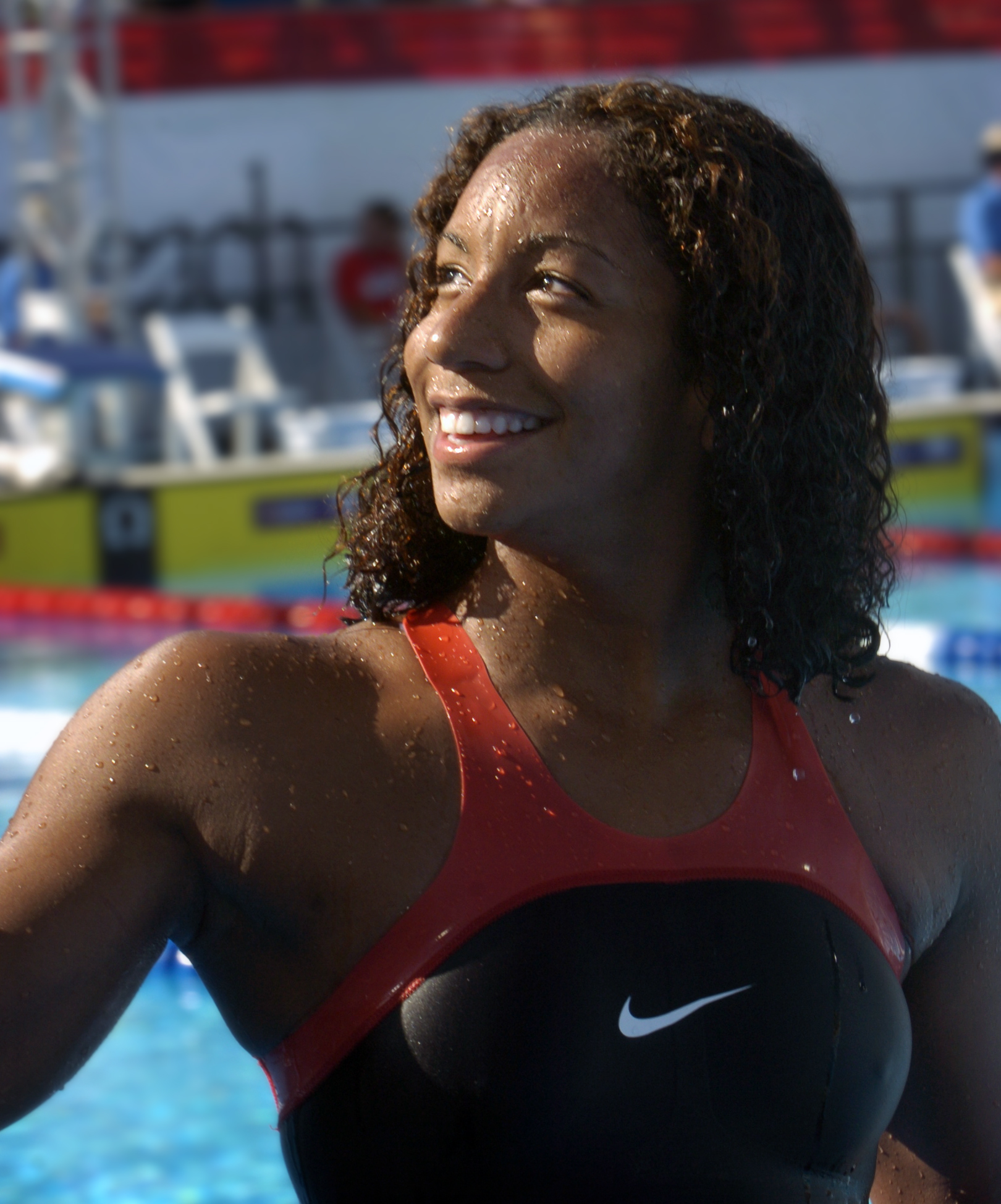 Eventually all of the years of strenuous activities began to take its toll on Maritza. Even before her Olympic triumph, she had pain in her shoulders.  She made an impressive showing at the 2007 Pan American Games despite her physical problems, bringing home the gold medal in the 400-meter freestyle relay and the 400-meter medley relay. In December 2007, she swam in her final event, the USA Nationals, before retiring from the sport. Correia has arthritis in her right shoulder and rotator cuff problems in both shoulders. “I swam for 20 years. . . . I’m proud of what I accomplished,” she told the St. Petersburg Times.

While her records in the 50-yard and 100-yard events have been broken, Correia remains a groundbreaking force in the world of competitive swimming. She continues to promote the sport as a spokesperson for USA Swimming and for the Women’s Sports Foundation, which was created by another female sports pioneer, tennis great Billie Jean King. Traveling around the country, Correia often discusses her experiences with inner-city kids and encourages them to give swimming a try. She also continues to work with her sponsor Nike to promote their swimwear line.

“A lot of younger swimmers and even parents look up to me – I made history and didn’t walk away from it. I want to inspire people, especially minorities to learn to swim.” ~ Maritza Correia McClendon

In 2010, Maritza married Chad McClendon and the couple has 2 children. Congratulations Maritza for making such a huge splash on the USA swimming community. You Rock! 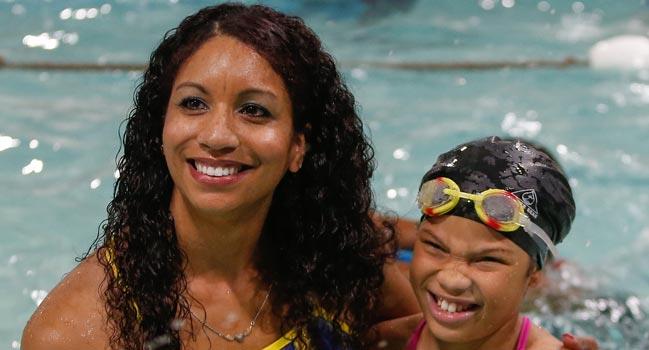 Update:  In July 2015, Martiza was inducted into the University of Georgia’s Circle of Honor. The Circle of Honor is designed to recognize and pay tribute to extraordinary student-athletes and coaches who by their performance and conduct have brought honor to the university and themselves, and who by their actions have contributed to the tradition of the Georgia Bulldogs. The criteria also stipulate that each recipient has earned his or her academic degree.

Currently Martiza is the Senior Marketing Manager for Nike Swim where she travels throughout the country attending elite level national meets and works with coaches and swimmers. McClendon is also the ambassador for USA Swimming’s Swim 1922 program, a partnership with Sigma Gamma Rho Sorority with the goal to lower drowning rates within the African-American community.

2 comment on “A Splash of History: Maritza Correia McClendon – First Black Woman to Compete on the US Olympic Swim Team”