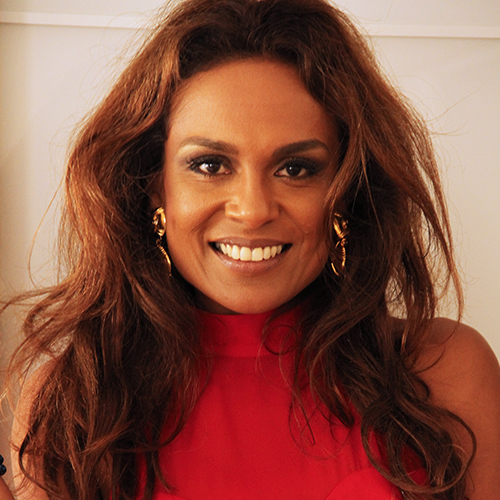 Rianna Soraya Scipio is a British television host, journalist, producer and director who is perhaps best known for her work on UK national television, as a prime time television host (presenter) of such flagship series as the BBC‘s Watchdog, Holiday, UK’s Worst…?, Newsroom Southeast, Wide World (Channel 5), and on BBC Radio 2 and Choice FM (Global Radio).

Scipio’s outstanding awards and achievements include, breaking record figures as a host within the BBC’s ‘entertainment features’ department, averaging 7 million viewers for an investigative series, ‘UK’s Worst..?’ , being voted “extremely popular” as a television host in a nationwide BBC poll and receiving the CRE’s coveted Media Award, as well as mention in countless publications.

After Moira Stewart declined the role, Scipio was approached to be the main host of ’Black Britain’ the first program of its kind from the BBC’s News and Current Affairs Department. Across 3 seasons, Scipio conducted television interview one hour specials with such accidental heroes as Doreen Lawrence – mother of slain teenager, Stephen Lawrence who single-handedly changed the face of British justice.

Scipio was born in London to Guyanese parents, Marvin Scipio (father) and Zoraida Kamall (mother). Both were unskilled immigrant workers. Scipio is the youngest of five siblings. When Scipio was 12 her parents divorced and she moved with her mother from a residential family home in North London, on to a housing estate (read projects).

Scipio describes this period of her life between the ages of 14 and 16 as ‘defining’. When Scipio was 14 her mother suffered a stroke and Scipio, together with her brother, found herself in the parental role as teenage primary care giver to her mother. When Scipio was 16, her mother passed away. Scipio gave birth to her first child, a son, at 17. The child (Alexander) passed away a few hours after birth. Scipio’s response was to transform those early tragedies into opportunities. Having largely missed school, she enrolled in college for some basic qualifications, picked up the microphone at local events and applied to an advert the BBC had posted in the The Times newspaper. One year later and after numerous successful attempts to keep the attention of the BBC bosses, the BBC created a post especially for Scipio inviting an unknown to join the media giant as presenter/producer in-­‐training.

Scipio joined the BBC in 1989 as a trainee presenter/researcher. Based initially at the BBC Pebble Mill building in Birmingham. Scipio started out as a researcher on the daily daytime series ‘Pebble Mill at One’, a one season talk show, ‘Hearsay’ (BBC2), on Radio West Midlands and on a one hour special documentary about the Sharpeville Massacre in South Africa. 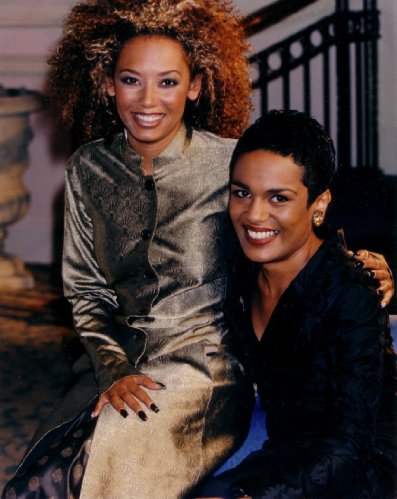 Soon afterwards Scipio gained her first presenting job on ‘Black On Europe’ for BBC2, which looked at the history of settlement of black communities in eight European countries. In 1991 Scipio was head hunted by Robin Paxton the head of London Weekend Television to become the UK’s first black weather presenter. Scipio was the LWT weather presenter for 3 years.

In 1993 LWT was taken over by Carlton Television where Scipio worked alongside Nigel Lythgoe and Chris Evans. Then she workedon ‘BBC Break Away’ Scipio reported from holiday resorts around the UK. Then on the BBC Radio 2 ‘Early Morning Show‘ Scipio broadcasted nationwide on the Saturday early morning radio show for an eight week run.

Scipio reported on ‘Holiday’, a long-­‐running UK television program on BBC One. The program was aired on BBC One from 1969 until 2007 and was the oldest travel review show on UK television. In 1996 Scipio was named presenter of ‘Black Britain’, the first series specifically for black from viewers the BBC’s news and current affairs department. Scipio headed a teamof approximately 25 top black reporters, researchers and producers with access to the worlds biggest newsgathering operation. The team was based with the BBC’s other current affairs programs such as ‘Here and Now’, ‘Assignment’ and ‘Panorama’ in West London. Black Britain, which ran for three series, broke record figures for a specialist program and won the CRE’s Race in the Media Award.

Scipio went on to host the pilot for the sister program of a long running and high-­profile British television program BBC Crimewatch UK Choice produced by the BBC that reconstructs major unsolved crimes with a view to gaining information from the members of the public. The series was never commissioned. In 1998 Scipio reported for a specialist arts program ‘The Frame’ on BBC2. 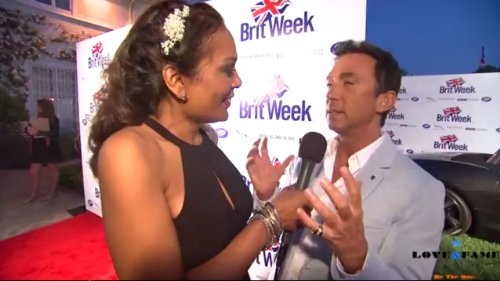 Scipio anchored and reported for Newsroom South East the BBC’s regional news program for south eastern England. Scipio had to leave the line up when schedules clashed with pre production for ‘UK’s Worst…?’ where Scipio and Nick Knowles partnered up to go on the hunt for the worst Britain can offer from hotels to hospital to railways and roads. Each episode featured four undercover reports and thena panel of expert decided which on was the worst. The winner was presented with an inauspicious UK’s Worst Award. The series won blockbuster figures of 7 million viewers. Scipio paired with Howard Stableford for the third series.

Scipio presented and reported for BBC Watchdog for a run of eight programs on a BBC television series that investigated viewers’ reports of problematic experiences with traders, retailers, and other companies around the UK. Program Controller BBC1 Michael Grade said the show defied the laws of television gravity boosting audiences for the launch of BBC Daytime. Scipio hosted alongside Nicky Campbell and Kate Saunderson. The series is now in it’s 34th season and is hosted by Anne Robinson.

For Channel 5 Wide World Scipio hosted an eight part studio discussion series about the politics and cultures of diverse communities around the world. The series was repeated several times in subsequent years.

Scipio wrote her own weekly column in now out of print New Nation Newspaper.

Scipio played herself in ‘Deadmeat’ a feature length production about a love affair gone wrong.

In 2007 Scipio and a business partner set up a film production company to produce a script ‘Caged’ that had been optioned from a best selling book about an underground Cage fighter, based on a true story. Despite several close deals Scipio found it impossible to fund the film after the economic downturn in 2008. Scipio finally closed shop in 2009.

In 2009 Scipio created Movie Film UK (MFUK) an online forum for inclusion in film and television. MFUK was selected from a line up of 35 top start ups, for Scipio and her team to mentor under Matt Heiman, founder of Diagonal View, the world’s biggest independent producer of digital video content. MFUK gained an Awards for All grant from the European Union for it’s contribution to disadvantaged and excluded communities. After she took work in Los Angeles, California, Scipio was unable to sustain MFUK, which was based in the UK. The website closed in 2012 but Scipio has future ambition to re launch the brand due to it’s phenomenal success amongst the target 18 – 35 African Caribbean demographic.

In 2013 Scipio created Love & Fame for Heroes, a personal collection of stories of humanity, not just celebrity from ordinary heroes she meets along the way. The tagline for the show is Be The One.

In August 2013 Scipio was diagnosed as four times more likely than the average woman to develop breast cancer. On September 11, 2013, Scipio underwent a double mastectomy in a Los Angeles hospital.

Scipio currently hosts and produces the blockbuster Youtube show Rianna Scipio’s Power Shot, with “two cups of spirit and a generous twist of style”. The show is billed as the online version of a vitamin pill, full of spiritual nourishment, natural goodness and with no bad side effects. A pure energy lift that’s safe for you to pop at any time. Binge consumption encouraged.

With new episodes every Tuesday, The Rianna Show will inspire you to live in beautiful spirit and beautiful style. Watch full episodes free online at www.youtube.com/TheRiannaShow