Sixteen year old swimmer Onika George, was Guyana’s only swimmer at the 2014 Commonwealth Games last month in Glasgow, Scotland.  She finished 4th in the Women’s 50m Freestyle – Heat 2 and 5th in the Women’s 100m Freestyle.  What’s commendable about Onika is her determination to inspire her fellow Guyanese to take up swimming

Onika  was part of the small Guyana team in Glasgow and the only athlete in the pool after men’s freestyle and butterfly hopeful Niall Roberts pulled out with a shoulder injury.  She admitted feeling apprehensive about being Guyana’s only swimmer at the Commonwealth Games. “When I heard that Niall was injured, it was a little scary, I wanted company here,” she said during an interview. “There isn’t so much pressure, though. You still just get in the pool and do your best.

I think I can motivate others to want to come and take part in a game,” she shared. 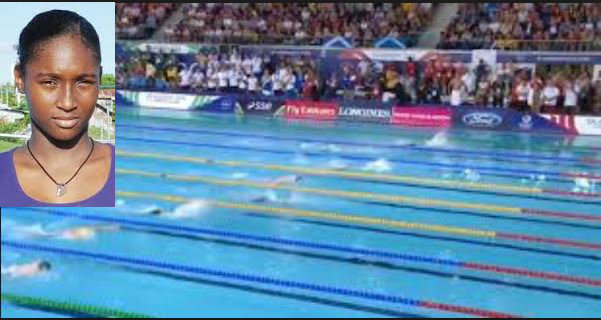 One comment on “She Rocks! Teenage Swimmer Onika George wants to motivate others to take up the Sport”