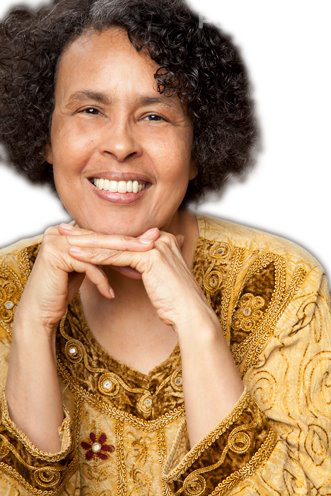 Sharon Maas was born in Georgetown, Guyana in 1951. She came from a prominently political family. Her mother was one of Guyana’s earliest feminists, human rights activists and consumer advocates; her father was Press Secretary for opposition leader and later President of Guyana, Dr Cheddi Jagan.

She was educated in Guyana and at the Harrogate College in Yorkshire, England. After leaving school she worked as a trainee reporter with the Guyana Graphic in Georgetown, Guyana. She later wrote feature articles for the Sunday Chronicle as a staff journalist.

Sharon spent 1971 and 1972 traveling around South America: Brazil, Peru, Ecuador and Colombia. In 1973 she traveled overland to India – via England, Turkey, Iran, Afghanistan and Pakistan. Her her first visit to India lasted for two years with her living in an Ashram in Tamil Nadu. She is also involved with a charitable organization in Tamil Nadu, visiting every year for voluntary work.

Sharon also lived in Paris for a year  before returning to Germany where she studied Social Work in Freiburg.  Sharon is also a contributing writer for German magazines and newspapers and blogs about her books on the site Good Read. 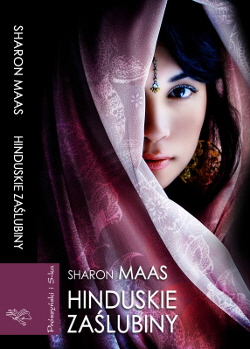 Polish edition of Of Marriageable Age

Sharon has written four novels: Of Marriageable Age, Peacocks Dancing, The Speech of Angels and Sons of Gods. Her first three novels focus substantially on their respective protagonists’ coming of age experience and struggle to find their own, unique identity and place in life (“Bildungsroman”), and are chiefly set against Indian and Guyanese backgrounds, though other countries (most notably Great Britain and Germany) feature prominently as well. Her fourth book, Sons of Gods (published under the pen name Aruna Sharan) is a retelling of the Mahabharata. – Her work has been translated into German, Spanish, French, Danish and Polish.  In September 2012, the Polish edition of Of Marriageable Age, was published.

Sharon’s advice for new or unpublished authors is to “Ask yourself the question: do you want to be a writer, or do you just want to be known as a writer? If it is the former, then put aside the thought of getting published; forget about name and fame and success and the millions you will make and what-have-you and just write the very best book you are capable of. When you have produced that book then — who knows?  All these other things may be given to you.”

Sharon divides her time between England and Germany with her  husband and two children. At present she works as a Social Worker in a hospital in South Germany.

You can learn more about Sharon from her website and interviews. Or visit Amazon.com for a full list of her books.