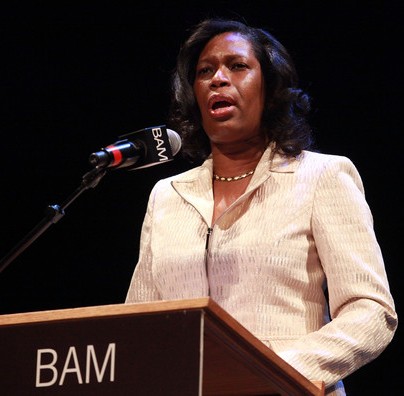 Deputy Borough President Sandra Chapman has nearly three decades of experience as a manager, problem solver and advocate in the public sector with special emphasis on streamlining services between a busy city agency and its residents.

As Marty’s chief advocate in constituent services, Chapman is uniquely qualified to assess our residents’ needs and to help them navigate the often complex workings of various city agencies, from housing issues to quality of life concerns and everything in between.

Prior to her appointment as deputy borough president, Chapman served as director of the borough president’s Community Service Center. Long dedicated to serving others, Chapman built a team committed to helping residents struggling to access city services and she continues to supervise the Center. Her far-reaching experience with the Office of the Borough President also included four years as a senior planner, during which time her understanding of land use, real estate and the disposition of city properties was an indispensable asset to both the office and residents at large. City-owned Properties: A Post Conveyance Assessment, the report she researched and wrote, detailed vacant properties sold through HPD’s Residential Auction Program. Chapman led a successful effort to save 112 community gardens from being auctioned off and destroyed. She also serves as the Equal Employment Opportunity Officer of the agency.

Along with a more pronounced public role in constituent advocacy, Chapman plans to expand the availability and scope of literacy programs throughout Brooklyn.

Chapman served in the NYC Department of Housing Preservation and Development (HPD) for more than a decade, directing the sales of city-owned properties and overseeing programs and management reports.

Chapman migrated with her family to the United States from Guyana in 1977 after graduating from St. Josephs High School. She received a master’s degree with distinction in Public Administration from Long Island University. She was the recipient of the Community Service Award from Church Women United in Brooklyn, and was also honored by the Community Newspaper Group with a 2012 Brooklyn Woman of Distinction Award.

She lives in Brooklyn’s Canarsie neighborhood and is married with two children.