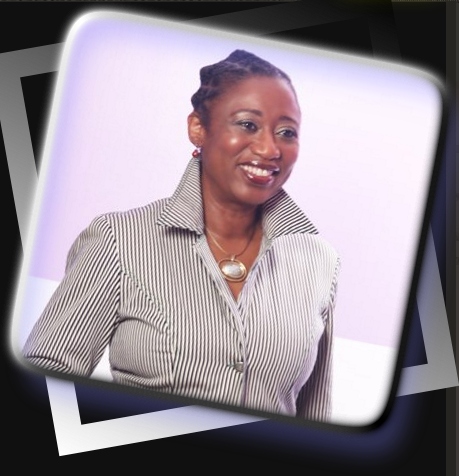 Guyanese born Rosalind Kilkenny McLymont is the  editor-in-chief of The Network Journal, a New  York-based business magazine for Black professionals and entrepreneurs and CEO of newly launched AfricaStrictlyBusiness.com. She is the author of the  award-winning non-fiction title, Africa: Strictly Business, The Steady March to  Prosperity (The Network Journal Communications Inc., 2009), and the groundbreaking novel–Middle Ground (Beckham, 2006). She is also a partner in McLymont, Kunda & Co., an international trade and  business development strategy firm serving clients in the United States, Africa and the Caribbean.

McLymont has more than 20 years’ experience as a writer, speaker and adviser to small and  medium-sized companies on global business and entrepreneurship. She was an international trade  reporter and ultimately managing editor at The Journal of Commerce, one of the United States’s oldest  daily newspapers, which specialized in international shipping and trade. Her coverage earned her  critical acclaim in the annual Media Guide to America’s top financial writers, frequent appearances on  CNNfn to comment on the impact of global events on U.S. trade, a guest column in America Economía,  a leading business magazine in Latin America; and guest lectures at New York University’s graduate  program in Latin America and Caribbean studies. Her articles on international business appeared in  such publications as The Journal of Commerce, World Trade, Business Standards, Minority Business  Entrepreneur, Transport Topics, Quality Digest, and Shipping Digest.

An authority on emerging markets and business development, McLymont provided entrepreneurship  training for African women through the United Nations Development Program’s Gender Program, and  for women in Russia through the Alliance of Russian and American Women. She provided expertise on  accessing U.S. markets for the American and African Business Women’s Alliance conference in  Botswana in 2002; was an adviser to the Institute on African Affairs; and served as an executive board
member of the Desmond Tutu Peace Foundation.

Prior to becoming a journalist, McLymont taught English and French in Uganda and the Democratic  Republic of Congo. She is a past fellow of the European Community Visitors Program, was named a  “Woman History Maker” by the Caribbean-American Chamber of  Commerce and Industry, and has received awards from the New York Association of Black  Journalists, the International Black Women’s Congress, the CEJJES Institute, the National Minority  Business Council, the New York Regional Chapter of the National Association of  Health Services Executives, and the City of New York Office of the Comptroller.

In March 2013,  The TNJ’s hosted its 15th consecutive year of honoring 25 Influential Black Women in Business.  These  25 deserving women were chosen from hundreds of nominations from the ranks of professionals and entrepreneurs to receive this prestigious award.  Two months later in May,  McLymont received the 44th Annual Malcolm X Black Unity Award for her “consistent, concrete work through the decades to build, teach and develop pan-African economic, as well as literary projects and businesses.” She received the award along with her husband, Fritz-Earle McLymont, managing partner, McLymont, Kunda & Co. and CEO of Brittonearth Energy Ltd., from the New York Chapter of the National Association of Kawaida Organizations (NAKO).

McLymont speaks French and Spanish and has a master’s degree in  journalism from New York University, a bachelor’s degree in French from The City College of  New York, and a Certificate in Spanish Language and Literature from the University of Madrid. She has  a Black Belt in T’ai Chi, which she teaches in New York, and is a certified ZUMBA GOLD fitness  instructor.

For more information or to contact McLymont visit: http://rosalindmclymont.com.