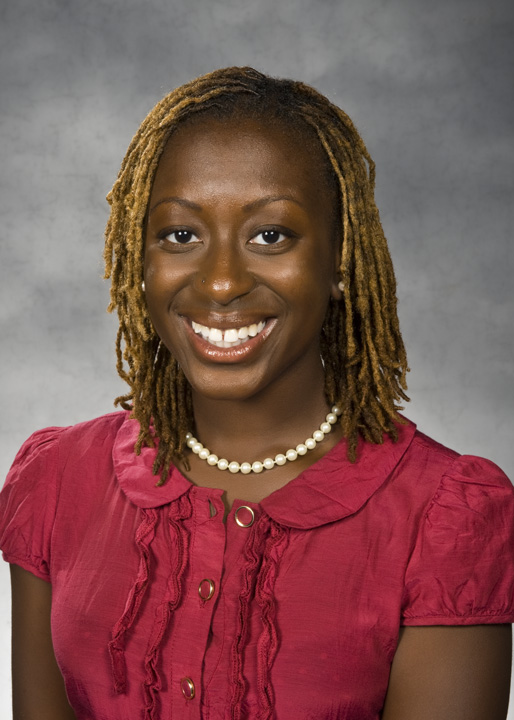 Recent medical school graduate, Topaz Sampson, is very close to accomplishing her dream of practicing Medicine. A New Amsterdam native, Topaz was part of the graduating Class of 2015 at Wright State University Boonshoft School of Medicine, and is scheduled to begin residency training at Baylor College of Medicine.

While in medical school Topaz was appointed 2014 President of the Student National Medical Association (SNMA), the oldest and largest student-run organization focused on the needs and concerns of medical students of color. This was a very distinct honor for Topaz.  She served as the webmaster and social chairperson of the Wright State chapter of the SNMA and as the SNMA Region V webmaster. In that role, she implemented creative ways of using technology to maintain the regional website and introduce the executive board to the membership. She also was selected as one of 20 SNMA Future Leadership Project Fellows.

Topaz was born in Guyana but moved to the United States at 2 years old with her mother who has cerebral palsy. “She is my reason for pushing myself so hard to be successful so I can take care of her” Topaz shared with GGR.  “She’s made many sacrifices in the name of my success.”

While the SNMA President, Topaz still found the time to volunteer monthly at Reach Out of Montgomery County, a free medical clinic in Dayton that serves the uninsured and underserved. She also served on the student committee for the selection of the dean of the medical school and a student committee for the selection of the medical school’s academic advisor. She has led the coordination of class events and community service. In addition, she coordinated weekly student tour guides for interviewing students.

Prior to medical school, Topaz earned a BS Degree from Spellman College where she majored in environmental science. In her undergraduate years at Spelman College, she served as senior class president and delivered the Senior Farewell at commencement. In this position, she served as a member of the Honorary Degree committee with an instrumental role in securing First Lady Michelle Obama for the 2011 commencement. As a medical student, she has continued to develop her leadership skills by serving as the MSI class president. In this role, she served as a provost-appointed member of the dean’s search committee as well as a student member of the academic advisor search committee.

With her history of dedicated student leadership and academic excellence, it is no surprise that Associate Dean for Student Affairs and Admissions at the Boonshoft School of Medicine, Dr. Gary Leroy, on the University’s website referred to Topaz  “a talented student leader.”

Congratulations on your outstanding accomplishments Dr. Topaz Sampson.  You Rock!

2 comment on “She Rocks! Recent Med School Graduate, Topaz Sampson, is close to her dream of practicing Medicine”