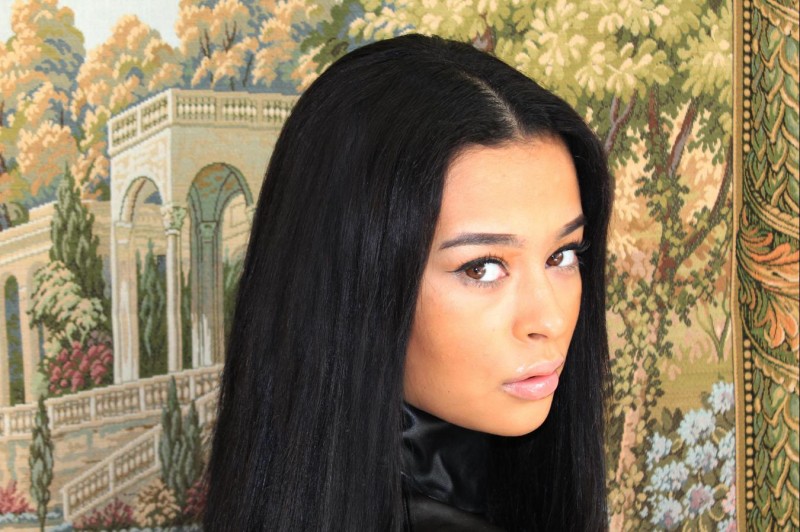 Rainy Milo (Rachael Smith by birth) is an R&B recording artist born on November 12, 1995  in south-east London  to a Guyanese mother and British father.  She got her stage name, Rainy Milo, from a nicknames at school that stuck.  Milo began her career singing with local musicians and arts collectives at age 14   She attended the Harris Academy South Norwood and then went on to study Musical Theatre at the BRIT School known for honing the talents of acts like Adele, Amy Winehouse, and Jessie J.

In 2012 Milo released her debut mixtape “Limey” which contained “jazz-inspired hip-hop” production.  This was followed by her debut Extended Play entitled “Black and Blonde” which was released in April 2013.  Milo’s vocals have been described as “sultry vibrato tones” with a “London accent ring” stunning voice, and beats infused with trip hop. Her style for her first EP, Limey, was described as having “charmingly-crooned vocals and jazz-funk infusion.”  Milo cites “real life” as her main starting point when it comes to writing music.  She has described her writing method as having “no conventional process”. Her writing process is not “forced” and Milo says it usually begins while she is traveling.

Milo’s music is inspired by artists such as Kid Cudi, N.E.R.D, as well as her grandfather who was a reggae DJ. Milo grew up listening to her mothers Jazz music which has been one of her biggest musical influences saying “I’m instantly attracted to music with some kind of Jazz element to it, but I also think the fact that even my mum never played only one genre in the house rubbed off onto me. I don’t want to have just one sound in my music when there’s so many other genres that inspire me.” Milo is ispired by Corinne Bailey Ray and Amy Winehouse and the way they convey their emotions, and is also influenced by producer and singer Pharrell.

Milo released her debut, full-length album on 3 March 2014 in the UK via Limey/Virgin EMI. It is called “This Thing Of Ours”.