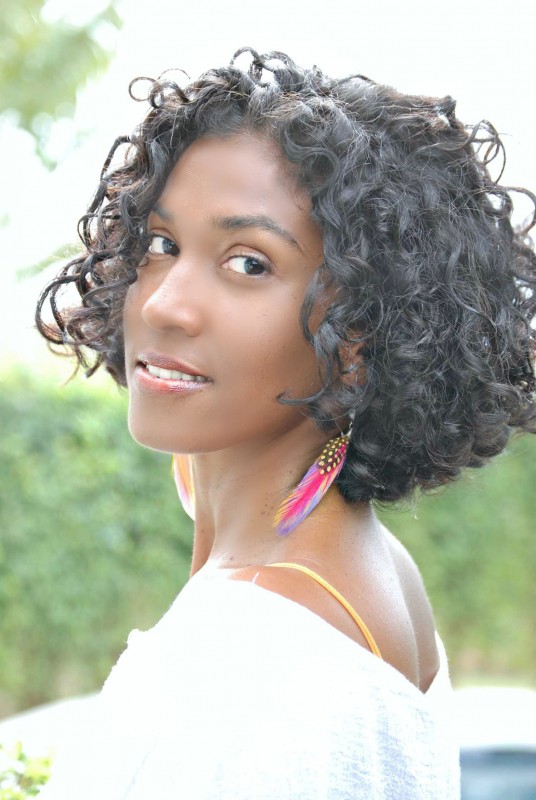 Oonya Kempadoo is an internationally published and acclaimed author, born in England in 1966 to Guyanese parents. She was brought up in Guyana and studied art in Amsterdam. Oonya has lived and worked for most of her life in various Caribbean islands including Trinidad, Tobago, St. Lucia, and is currently based in Grenada. A creative writer and novelist, she also works freelance as a researcher and consultant in the arts, private sector, with youth and international organizations, focusing on social development.  Her father, Peter Kempadoo, was also a writer.

Oonya started writing in 1997 and her first novel Buxton Spice, long listed for the Orange prize, went on to being published in five foreign languages and is used in universities and colleges worldwide, including the University of the West Indies.  Buxton Spice, was published in 1998 to critical acclaim for its portrait of the interior and exterior worlds of a young girl coming of age in a small Guyana village in the Seventies.  Also published in Spanish (Tusquet Editores,1999 – El Arbol de los Sentidos), French (Grasset, 1999 – Les Secrets du Manguier), and in Italian, Dutch, Portuguese and Hebrew, serialized for radio by BBC Radio 4.

Her next novel, Tide Running, was also critically applauded – winning the Casa de las Americas Literary Prize for best English or Creole Novel – for its depiction of two young men in Tobago, encountering an outside presence. Kempadoo was named a “Great Talent for the 21st Century” by the Orange Prize judges.

“All Decent Animals” is Oonya Kempadoo’s third book of fiction. Set amid the distinct rhythms of Port of Spain, Trinidad, Kempadoo’s multifaceted and multicultural cast of characters confront the inevitable while Carnival, in all its music and madness, plays on. Friends gather to protect and cherish one of their own and learn about themselves through all the island’s capacity for humor, complexity and the love of living. 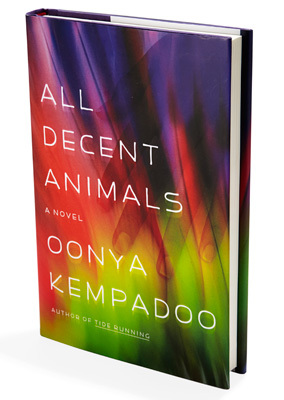 Oonya is working on a non-fiction narrative/novel in progress. ‘Ti Marie” (working title) is based on documenting and then voicing an eighteen year old Grenadian girl’s life story of sexual abuse, violence, rape, love, sexuality and motherhood. It reflects her own and local perceptions of what is considered abuse or normal, and contrasts these with institutional and foreign views. It will look at how the heroine and her wider society deal with these issues, as she carries on with her life. The narrator’s authentic humorous language and irrepressible character will bring a fresh, vigorous approach to old universal themes and particular Caribbean psycho-social issues.

Oonya’s novels are used in several universities in the US, UK, Canada and the Caribbean and she has contributed to collections, anthologies and journals such as: Trinidad Noir, Akashic Books, 2008; Caribbean Dispatches – Beyond the Tourist Dream, Macmillan 2006; The Bomb, literary magazine. Past projects include work with: UNAIDS, UNICEF, Agency for Reconstruction – Post-Hurricane Ivan Social Situation Analysis of Grenada.

Oonya is a Fulbright Scholar-in-Residence at various American colleges across the U.S. and has won the honor of her new book, All Decent Animals, being listed as number six on Oprah Winfrey 2013 summer reading list.