With Easter Monday only a few days away, I thought it would be quite fitting to share this book and it’s author with you. Here’s an overview of the book and the author’s story … 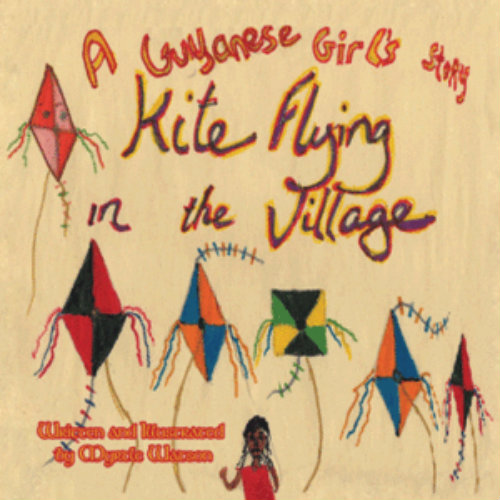 Cover: Kite Flying in the Village – A Guyanese Girl’s Story

Overview: A Guyanese Girl’s Story is a series of short stories from my childhood. One of my favorite is “Kite Flying in the Village”. Kite flying is a family outing for many in Guyana, South America. Easter is a very special holiday in my village of Vreedenhoop in which the children of many ages make and decorate kites to fly in celebration of Easter. Another part of kite flying is when mischievous children cut down kites by attaching a razor to their own kites. In this story the main character Anya deals with a mean boy named Joey who lives next door. While flying kites, Anya learns a valuable lesson of friendship and family. Children will enjoy the sneaky plots of the mean neighborhood boy as well as the colorful illustrations.

Myrtle Watson was born in Guyana, South America. Her Husband of 40 years name is Edmund S. Watson. They have four children. Their boys are Stephen, Sean, Scott and their daughter, Sharon. The Watsons have nine grand children. Their ages range from eighteen to one. Myrtle’s husband came to Washington D.C. to attend college in 1968 and she joined him one year later. In 1975 they moved to Tulsa OK, Where they are still residing today.

As a mother of three young children, she worked as a part-time nurse on the labor and delivery unit at Saint Francis Hospital. This became the biggest juggling act of her life, keeping up with home and their children was an enormous challenge but she would do it again if she had to, without hesitation. Myrtle is presently working for The Margaret Hudson Program, a non-profit organization. The Margaret Hudson Program is for school-aged girls that are either pregnant and /or parenting teens. Myrtle enjoys her family’s many traditions which include dancing to West Indies music, laughing, and loving.

Myrtle’s hobbies are cooking, writing, reading, gardening and putting together Watson family albums. She likes to think of it as telling her family’s story from past to present. Myrtle’s goal is to become a children’s author, the only career change of her life. Her desire is to write for children between the ages of preschool to preteens. She started writing ten years ago for her grand children. They told her that other children would love her stories. Myrtle thought this was a great compliment.

Myrtle’s ultimate goal is to have a series of stories from her childhood; in these stories she would like to inform children of her cultural childhood and broaden the reader’s knowledge of diversity at a young age.