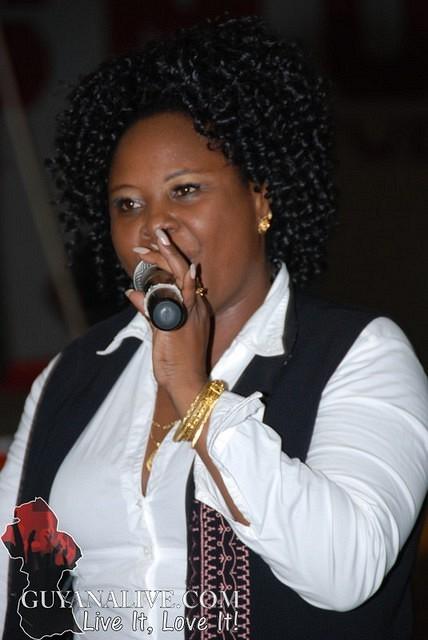 Her stage name ‘Big Red’, is symbolic of her maturity; she considers herself a “big girl”, and Red- describes the intensity of her performances – red hot. Born in Georgetown Guyana, Michelle “Big Red” King is the eldest of six children of the talented Desiree Edghill.

The proud mother of two sons, Steve and Jonathan, Michelle “Big Red” King is a class act who has mastered the ability to harmonize. She possesses a powerful voice that brings her songs to life, and helps her to connect with the audience.

Big Red started singing at the age of seven, graduating from the Cherubim Choir to the Youth Choir, and she has  never stopped singing.  This Libra-born singer shot to fame in January 2006 with the release of her tantalizing “Guyanese Wine”,  written  by her son Steve.  She quickly became a household name in Guyana, as she demonstrated the moves for this smash hit. Guyanese of all age groups learned how to ‘dip it and whip it and shake it and stick it’, and ‘tic it and tack it and roll it and hold it’, as ‘Big Red’ “bruck him up with the Guyanese wine.”

Over the years Big Red has performed with several bands, including Code Red with which she performed on tour in Barbados. For almost a decade she maintained the coveted lead vocalist title for the Mischievous Guys band, performing in just about every region in Guyana. She participated in several Carib Soca competitions, placed 3rd in 2005, and was unanimously crowned Queen in 2006.    In 2008, she won the Mashramani Road March with the hit song, “On de Road Again”, and in November that same year she rose above other nominees and captured the Accolade Award for the ‘Best Female Groovy Soca Single’ at the Accolade Music Awards of Guyana. She was First Runner-up in the 2011 Groovy Soca Monarch. 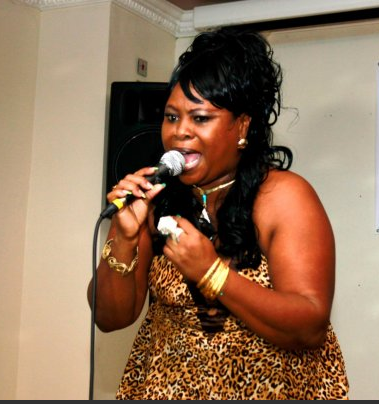 To date Michelle “Big Red” King has released two albums. In early 2009, Big Red launched her first album “Red Passion the Guyanese Wine”, which is a compilation of nine original songs that she co-wrote with her son Steve, and Mark Harris.  She has released four music videos, and her credits also include “We Flying High”, which she wrote to herald the 40th Anniversary of Guyana’s Independence and preformed at the Guyana Day Celebration in Queens, NY.  She also wrote and performed the theme song for World Aids Day 2005 at the National Cultural Centre “Keep the Promise” in collaboration with her son Steve.

Big Red followed closely in her mother’s footsteps by excelling in the performing arts.  She is also a talented actress and made her acting debut in a TV drama series – “Tides of Life”, and completed her first stage performance, “Mrs Lashley”, the lead role in the Ken Danns written “Man-in-Law”, which was directed and produced by her mother, Desiree Edghill. She has also acted in an episode of the TV serial, “Sharing the Vision”, which provided education to Guyanese about the impact of implementation of the Caribbean Single Market and Economy (CSME).

This Soca Monarch, Road March Queen and Accolade winner has wooed international audiences in New York, London, Toronto and Trinidad and Barbados where she brought down the house with her riveting performances, and she has taken Soca in Guyana to new height. Michelle “Big Red” King is active in HIV awareness, and encourages her fans to stay focused.