Dr. Hollis France is an Associate Professor at the College of Charlestown, in South Carolina.  She was born in Guyana but migrated to the US more than 25 years ago.  Dr. France teaches her students the ins and outs of global politics and economics.

Dr. France joined the Political Science Department at CofC in 2000. She teaches courses primarily in the fields of International and Comparative Politics, including International Political Economy, Politics of Globalization, Globalization from a Community Perspective, Comparative Gender Politics, and World Politics. She also regularly offers the introductory course in Latin American and Caribbean Studies, and has taught in the First Year Experience Program.

Dr. France earned her MA, MPhil, and PhD from the Graduate Center at the City University of New York (CUNY), and her undergraduate degree from Jersey City State College. At the College of Charleston she is an active member of the Latin American and Caribbean Studies program, the Women and Gender Studies Program, and the Faculty and Staff Annual Labor Day Celebration Committee. In January 2013 she was appointed the Interim Director of the newly created Gender Resource Center (Jan.2013- May 2014), and serves on the President’s Commission for Diversity. 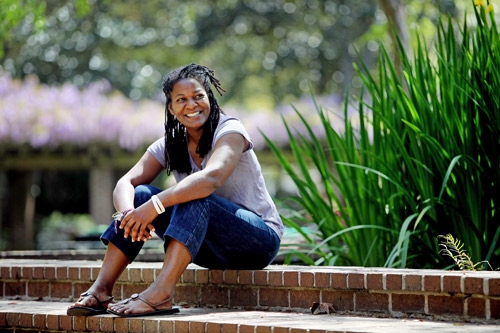 Dr. France’s research focuses on diverse and social economies as alternative development models. She  works in the North Rupununi of Guyana with women engaged in Cassava Income Generating Enterprises. She also co-authored a pedagogical piece “Cuba Study Abroad: A Pedagogical Tool for Reconstructing American National Identity with a political science alumni (International Studies Perspectives Nov. 2012). Her earlier publications focus on structural adjustment decision-making in Guyana, and the influence of the private sector during periods of economic reform.