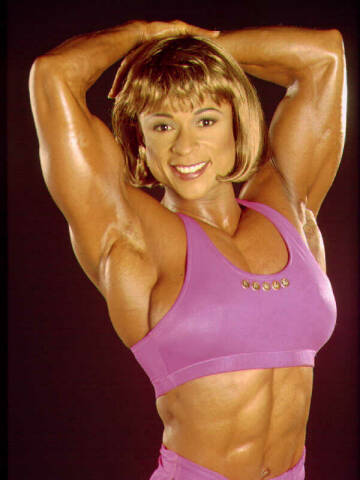 The most accomplished, decorated and successful bodybuilder (easily) from the land of many waters happens to be a woman by the name of Laura Creavalle who performed in Guyana in the 1990s and was inducted into the IFBB Hall of fame in 2007.

Laura was born on January 25, 1959 in Essequibo, Guyana.  She was one of the most successful female bodybuilders of the 1990s. Laura earned her pro card by winning the heavyweight class at the 1988 IFBB World Amateur Championships in Puerto Rico. 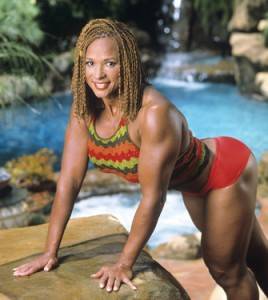 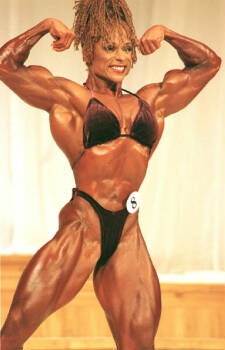 Now retired from competition, she operates Club Creavalle, offering personal training, nutrition training, and related services. Laura has written two cookbooks, A Taste of Club Creavalle (ISBN 0-9669168-1-6) and The Lite Lifestyle: 150 Ultra Low Calorie Recipes for Rapid Weight Loss! She also co-authored The Health Handbook with former husband Chris Aceto. Laura has been a feature editor for Muscle & Fitness magazine on low fat cooking in the Muscle Fare column. For more information on Laura check out her website at http://www.creavalle.com/