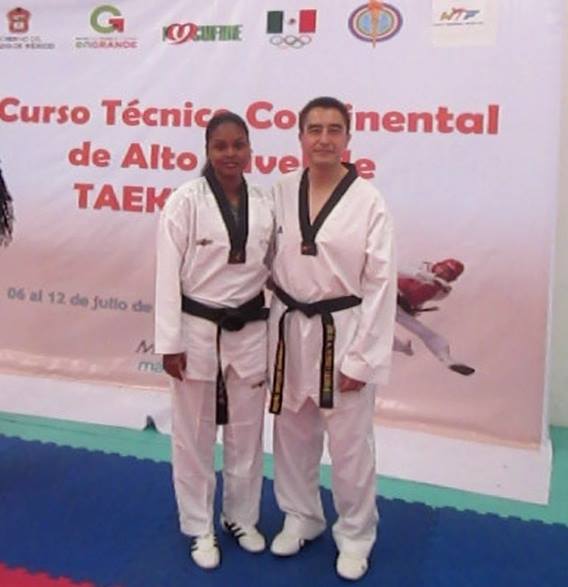 According to the Guyana Taekwondo Association (GTA), the course was sponsored by the Mexican Olympic Committee under the auspices of the Pan American Sports Organisation (PASO) and was held in Toluca, Mexico from July 7 – 13 with the aim of upgrading coaches to be able to train and maintain their high performance athletes at world standards throughout the year. While in Mexico, Ms. Herbert studied a course that consisted of lots of theoretical and physical implications for the development of athletes and in her own words, Ms. Herbert said, “The course was very useful and interesting.”

Ms. Herbert has played a very active role in the GTA for over 12 years; following her dedication and hard work she is now reaping the benefits of her labour. A final year student at the University of Guyana majoring in International Relations, Ms. Herbert has excelled in the Poomse (forms) aspect of Taekwondo and is also an excellent administrator.Although unable to attend taekwondo classes regularly due to her commitments at University, she still finds time to get her administrative duties done and assist with the teaching of ‘kiddies taekwondo’ class whenever she has the time. Ms. Herbert has also vowed to aid in the development of taekwondo in Guyana in whatever way she can.

She has expressed deep gratitude and appreciation for all the support she has been receiving from all the coaches and members of the GTA who helped her to reach this far in the sport. Additionally, she has extended gratitude to all the members of the GOA, PASO and the Mexican Olympic Committee, who made it possible for her to be a part of the recent training opportunity.

Meanwhile, executives of the GTA have also expressed their joy and satisfaction in having their student successfully complete this taekwondo training course.