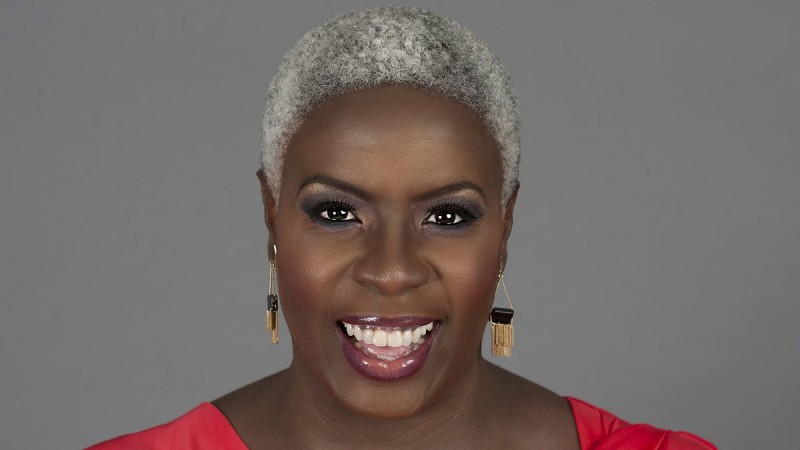 Karen Gibson, a full time choir conductor and workshop leader, is a powerhouse of inspiration and energy. One of the UK’s most noted and experienced gospel tutors and facilitator, Karen has been involved with various orchestras, bands, vocal groups, worship teams and choirs for over 25 years.  She  has conducted gospel workshops all over the UK, Europe, Africa and USA and was recently nominated in the categories of Best Contribution to Gospel Music for the GMA’s and the music category of the 2015 Wise Woman Awards.

Born on September 1963 to Guyanese Parents, Karen was educated at Walsingham Girls School.   Her  talent was honed in the denomination that she has been part of since childhood: the Church of God of Prophecy where she later served as National Choir Director. Karen’s music training began in 1973 at the age of ten when she started playing the piano and the oboe. Between 1980 and 1982 she co-founded, with her sister, 2 groups for which she arranged and taught performance pieces. She recalled, “I grew up in church, so gospel music was all around me. However, my sister and I are classically trained, so our first musical group was a gospel wind quintet, featuring one oboe, three clarinets and a bassoon. We were called Windsong. Not long after, we all sang together and were called New Dawn. We got into choirs through Noel Robinson, who got us to help him teach. He was a mentor to us.”

In 1984 Karen began directing through her involvement with the District choir, a church choir with members from all over South East England. In 1994 Karen was approached by BBC Radio 2 to be the guest choir director for a Gospel Train broadcast with Gloria Gaynor. After this Karen was frequently called upon to work with the Gospel Choir featured in the show.

Karen’s experience is extensive. She has been instrumental in drawing together and conducting some of the most prestigious large-scale choirs for a variety of gospel and community initiatives. These include The Queen’s Jubilee, The Global Day of Prayer and Concert  for Diana and conducting nearly 1000 voices where she stepped in for the Gospel Impresario, Richard Smallwood.

Karen is also the founder of the award-winning Kingdom Choir and UPC, a vibrant youth gospel choir. The Kingdom Choir has been one of the most sought after choirs for radio and television work including the BBC’S ‘song of praise’ and has performed with and for many celebrities and dignitaries including Elton John, Nelson Mandela, Desmond Tutu Prince Charles and Bill Clinton. Their debut album, ‘Smile it’s a brand new day’ is available from Europe’s largest gospel record label, Integrity Music Europe.

Karen also led one of her choirs, the Maria Fidelis Gospel Choir, to victory in the Songs of Praise Senior School Choir last year, and back in 2010 directed this same choir during an audience with the Pope as well as before the Queen, Prince Charles with Camilla and the Mayor of London. She also led another of her choirs, Southampton’s SINGIT!, to the finals of the BBC Choir of the Year Competition also in 2010.  She was Guest gospel specialist on Gareth Malone’s The Choir: Sing While You Work 2013. 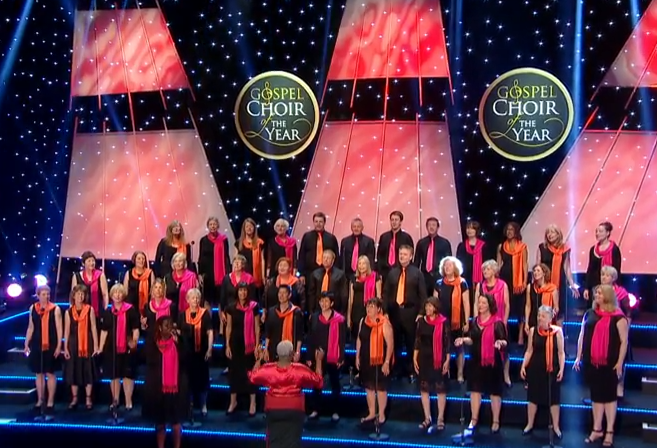 In 2014, Karen she lead community choir Lewes Sings Gospel to victory in the BBC Songs Of Praise Gospel Choir Of The Year competition.  Karen has been conducting the choir since it formed in 2009. The majority of the singers are not from a gospel background, and the choir is open to those from any or no religion. “My ambitions were to get people singing gospel, and to understand the heart of it, but mainly for people to be touched by the music. “The nature of gospel is that it’s inclusive,” Karen shared in an interview.

Karen was also featured in the first ever book written about British Gospel Music, ‘British Black Gospel’,  authored by Steve Alexander Smith, who cites Karen as a ‘pioneer of the sound of gospel in the UK’.

Karen’s passion is to see people transformed practically, emotionally and spiritually through Gospel music . She currently works with a number of choirs including the Shekinah Gospel Choir in order to see that vision fulfilled. To learn more about Karen, you may follow her on Facebook and Twitter.