Civil engineers have one of the world’s most important jobs: with creativity and technical skill, civil engineers plan, design, construct facilities essential to modern life, ranging from roads, bridges, to highway systems and are responsible for shaping our country’s infrastructure. Jean Ramkhelawan holds not only the title of Civil Engineer, but the coveted title of the first woman engineer of Indian descent in Guyana. With determination and resiliency demanded by this taxing profession Jean has been able to contribute tangibly to Guyana’s development as a civil engineer.

On May 13th, 1955, Jean entered the world as the third child of her East Coast Demerara resident parents. There were many rough patches for this large family living in Industry, as her father was a cane cutter and her mother was a housewife. Overcoming those hurdles, she attended Cummings Lodge Secondary School on the East Coast from 1966 – 1972 where she successfully completed four (4) GCE O’ Levels. Her first job was as a typist/ clerk at the Ministry of Public Works in 1974. She took another step in life when she got married in 1975. Shortly after her marriage, in 1976 she was transferred to the Materials Division of the Ministry and started working as a Materials Technician in the lab. Her curiosity about the field was aroused while working in the Civil Engineering Lab at the Ministry of Public. This innate inquisitiveness and quest to learn more made her join the Government Technical Institute (GTI) in 1978. She graduated in 1980 with her Ordinary Technician Diploma in Building and System Civil Engineering (City and Guilds). Still maintaining her full time job at the Ministry and not satisfied with just a Diploma, she enrolled at the University of Guyana in 1982 to study Civil Engineering. At that time, Engineering, which was her passion was a field dominated by men. In her class, she was the only female among sixteen males. Not intimidated by the male presence she was able to hold her own. As she was treated equally and garnered their respect. After four years of hard work and keeping pace with all the men, she graduated in 1986 with her BSc. in Civil Engineering.

While she was breaking barriers in her academic and professional life, she was also a wife and achieved motherhood in 1976 when her first son was born. She has five children. By this time her contract with the Ministry of Public Works was also up, but she decided to remain there with an upgraded position, that of Foils Engineer. In 1992 she was promoted to Chief Materials Officer and then Deputy Chief Road Officer before resigning from the Ministry in 1994. She left the public service completely in 1994 and started consultancy for a series of private firms. Her first consultant job for E and A Consultant Services entailed supervising construction of roads and minor design works. She worked for a series of companies including Seeram Brothers and DIPCON Engineering Services before returning to the Public Sector in 2000. At the same time she started lecturing at the Faculty of Technology – University of Guyana. In 2005, she simultaneously lectured and did a short course in Project Planning and Project Management at the Critchlow Labour College. She resigned from the University in 2006 and enrolled for the Masters Programme at the University of the West Indies (UWI) Trinidad. Jean graduated in January 2009 with a distinction in Construction Management. 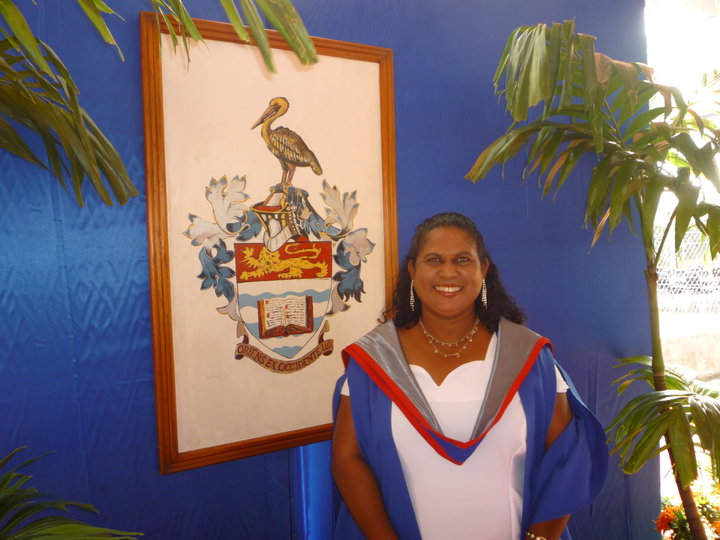 Mrs. Ramkhelawan’s distinguished career and achievements were augmented with time and she continuously works for the development of Guyana’s infrastructure. Currently, she is working with a consultancy firm, supervising the East Bank of Demerara ‘four lane highway’ Extension Project. From 2010 to March 2012 she served as the President for the Guyana Association of Professional Engineers (GAPE) and on concluding her 2 year service, she remained as an executive member for GAPE. She is also a member of the IDB Civil Society Consulting Group and a member of the American Society of Civil Engineers. She continues to work in the field she loves and the field she had to overcome many hurdles to conquer. She encourages young women to upgrade themselves and says “if you have a skill then go for it, regardless of age, race, gender and social class”.