Roxanne Jacqueline Persaud was elected to the  New York State Assembly in November 2014. In January, 2015 she was sworn in as the first female, first black, first Guyanese to hold the position of Assembly member for the 59th Assembly District in Brooklyn, New York .

Assemblywoman Persaud is a longtime advocate for her community and an avid volunteer. Her dedication to serving her community has motivated her to serve in various capacities. Assemblywoman Persaud  was President of the 69th Precinct Community Council in Canarsie, member of Community Board 18 and Commissioner on the New York City Districting Commission. In addition, she is a graduate of the NYPD Citizens Police Academy as well as the New York City Office of Emergency Management-Community Emergency Response Team, member of Community Action Board of the New York City Department of Youth and Community Development and Chairperson of the Neighborhood Advisory Board – District 18.  She also serves on organizations fighting domestic violence and cancer awareness.  Her dedication to community involvement and her interest in helping others stretches beyond Brooklyn. She has traveled overseas on several occasions as a volunteer on medical and social outreach programs. She encourages everyone to be actively involved in the community. 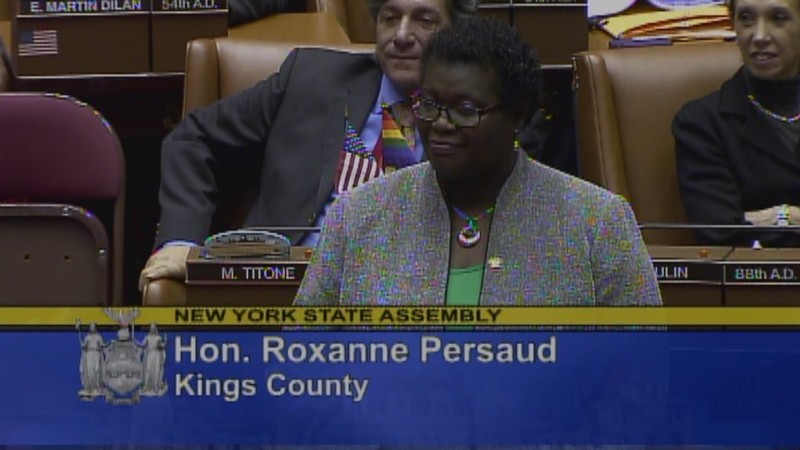 Born in Guyana, Assemblywoman Persaud migrated to the United States with her parents and siblings. She is a graduate of Pace University from which she holds a Bachelor of Science and Master of Science in Education Administration. Assemblywoman Persaud has spent her entire career working in higher education institutions and works tirelessly encouraging urban youth to attend college. Her district legislative priorities include funding for schools, youth and senior support services, libraries and parks. She intends to works with her colleagues in government to ensure that the 59th AD receives the resources that it should. Assemblywoman Persaud is happy to serve the constituents of the 59th Assembly District. 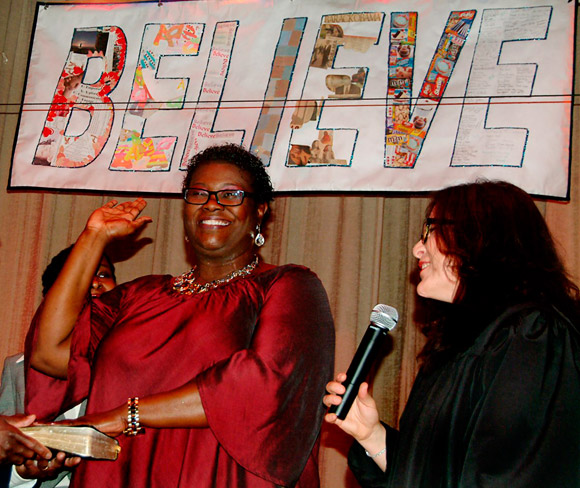 Assemblywoman Roxanne Persaud was sworn in to office during a ceremony at PS 272 in Canarsie on Jan. 11.

Below, the Assemblywoman discusses why she decided to run for office, her campaign and her legislative priorities that include after-school programs and an increased focus on college preparedness with City & State TV. (December, 2014).  Assemblywoman Persaud resides in the Canarsie section of Brooklyn.