Hon. Madam Justice Minnet Hafiz-Bertram is a Guyana-born Justice of Appeal, and is the first female judge to be elevated to the Belize High Court of Appeal.

Before her appointment, Justice Hafiz-Bertram served as a Supreme Court Judge, Register General, Registrar of the Supreme Court and Crown Counsel in the Attorney General’s Ministry.  She studied law in Guyana and at the Hugh Wooding Law School, Trinidad and Tobago, where she received her legal education certificate in 1997. She later became a member of the Guyana Bar, the Trinidad and Tobago Bar and the Belize Bar. She is well versed both in civil and criminal law.

The 51-year-old Justice’s appointment as a Justice of Appeal took effect from February 15, 2013 and will last until she attains the age of 65.  She also shares the bence with 4 other Guyanese nationals, Chief Justice, Kenneth Benjamin, and Justices Oswell Legall, Dennis Hannomansingh, and Courtney Ashton Abel. 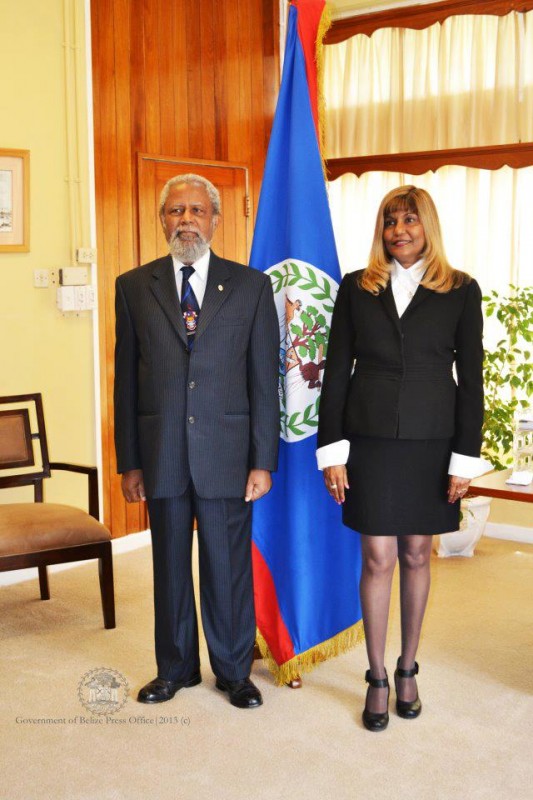 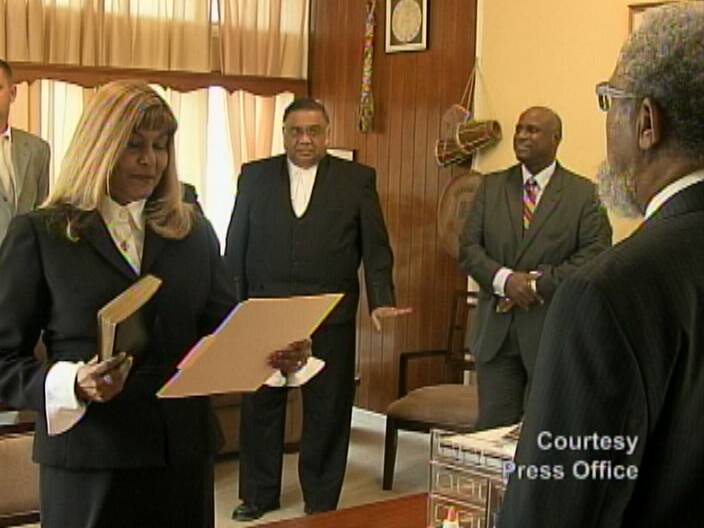 Justice Hafiz-Bertram being sworn in.