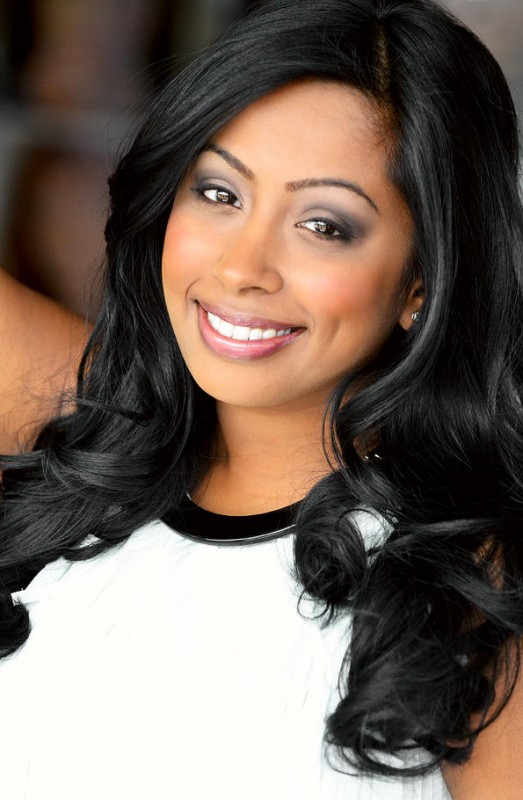 Jennifer Bisram is a TV Reporter for WSVN, CH7 in Miami, Fl.  Before her move to Miami, she worked at WOFL, the FOX affiliate in Orlando, Fl.

At FOX Orlando, the relatable reporter, was one of the station’s main journalists who covered the controversial Trayvon Martin/George Zimmerman case. Her extensive and exclusive reporting, earned her a segment there, called, “The 10 P.M. Interview.”

During her stint at WOFL, Jennifer also covered sports, politics, featured events and the everyday news-makers. The powerful storyteller has often been credited by viewers for telling people stories that touched their lives.
​
Jennifer moved to Central Florida from the Big Apple. Born in Brooklyn, New York to Guyanese parents, Jennifer began her career when she was only 15 years-old, writing poetry in her bedroom and by the following year several of her poems were published in the Anthology of Poetry for Young Americans. It was then that she decided to take her writing to higher heights.  She started interning at local newspapers to get experience and exposure.Her first newspaper internship was at The Chief Civil Service Newspaper at age 16 and by her freshman year at college she penned pieces at some of the city’s largest newspapers like NY Newsday and the NY Amsterdam News.

Jennifer, “nosy by nature,” as she often refers to why she opted for reporting, channeled into television right after graduating from the City University of New York’s Queens College. She began her reporting role at News55 on Long Island and quickly moved on to the News12 Network (Connecticut, New Jersey and Westchester) – where she reported for nearly five years.

The Emmy-nominated journalist also worked for the CW affiliate in NYC, PIX11 News, as a reporter and assignment editor; the Food Network as a producer and NY1 News as a writer.

With more than a decade dedicated to news, in addition to covering the shooting death of Trayvon Martin, the Orlando Magic and Dwight Howard trade, the 2012 presidential election and polling problems in Central Florida, she’s covered stories of sorts like the terrorist attacks of 9/11, Miracle on the Hudson, Bernie Madoff’s Ponzi scheme, NY Giants Super Bowl XLII victory and the MTV Video Music Awards.

In 2012, Jennifer visited Guyana and had the opportunity to meet with President, Donald Ramotar.