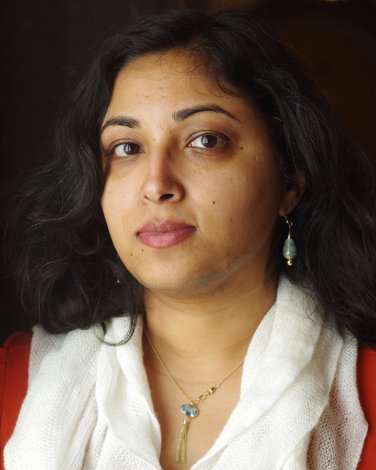 Gaiutra Bahadur is a New York-based Guyanese-born journalist and book critic who writes frequently about the culture and politics of global migration. Her reporting, criticism and essays have appeared in The New York Times Book Review, Washington Post Book World, The Nation, The Virginia Quarterly Review, The (London) Observer and Ms., among other publications.

Coolie Woman: The Odyssey of Indenture is her first full-length book. A former daily newspaper staff writer, Gaiutra has covered schools, police and local government in New Jersey, politics in Texas, hate crimes and profiling directed at South Asian and Middle Eastern communities after Sept. 11, demographics and the national debate on illegal immigration. She has told the stories of asylum seekers and immigrants in Philadelphia and its suburbs and reported from Baghdad, Iraqi refugee outposts in Syria and Jordan, and the U.S.-Mexico border. 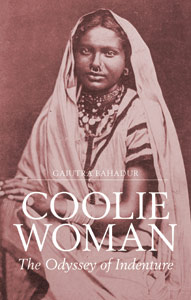 Gaiutra emigrated from Guyana to the United States with her family at the age of six. She grew up in Jersey City, directly across the Hudson from Lower Manhattan. Her first job in journalism was at her hometown newspaper, The Jersey Journal, where she wrote the “Dear FIXIT” consumer advocacy column.

Gaiutra studied literature at Yale and journalism at Columbia and was a 2007-2008 Nieman Fellow at Harvard. In 2013, she won awards from the New Jersey State Council on the Arts and the Barbara Deming Memorial Fund, the national feminist arts organization, both on the merits of the manuscript for Coolie Woman. Gaiutra has also written a children’s book about the homeland journeys of President Obama and the writer Amy Tan; “Family Ties” (2012) is part of Scholastic’s “On the Record” nonfiction series for middle-school students.