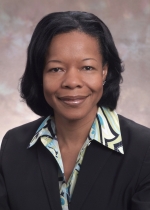 Karen Godette, MD, is a board certified radiation oncologist in the Department of Radiation Oncology at Emory University School of Medicine in Atlanta, GA. Dr. Godette practices general radiation oncology and specializes in breast and gynecological malignancies, prostate cancer and soft tissue sarcoma. Within these areas, her expertise is brachytherapy.

Dr. Godette treats patients at Winship at Emory University Hospital Midtown where she has served as medical director since 2001. Winship Cancer Institute is Georgia’s only National Cancer Institute (NCI) designated cancer center and has over 250 active clinical trials. Winship is ranked among the top 25 cancer hospitals in the nation according to U.S. News & World Report.

She has been featured in the news for her use of an implantable radiotherapy device that enables radiation treatment to be more precisely delivered as well as intraoperative radiation therapy (IORT) for early-stage breast cancer. Dr. Godette played a central role in creating a radiation oncology residency program at Emory. She served for 10 years as director of the residency program. She has also served as the medical director and advisor for the Grady Radiation Therapy Technology School since 1998.

Dr. Godette is actively involved in the community and participates in health fairs, educational workshops, multidisciplinary panels and support groups. She is also active in the international arena, working in partnership with colleagues in developing countries to advance the delivery and standard of cancer care. Dr. Godette was born in Guyana and grew up in New Amsterdam.  She enjoys spending time with her family, traveling to exotic destinations, watching foreign and independent films and eating international cuisine.

She received her MS and MD degrees from Howard University in Washington, DC, where she also completed a year-long transitional internship. She completed residency in radiation oncology at Columbia University New York-Presbyterian Hospital, where she served as chief resident.

Dr. Godette was awarded the Woodruff Fund Clinical Teaching Support Award in Radiation Oncology in 2002 for her commitment to teaching.

RESEARCH
Dr. Godette participates in national clinical trials of breast, cervical, and prostate cancers along with soft tissue sarcomas. Her research focuses on improving the multidisciplinary care of these malignancies.

Dr. Godette is a manuscript reviewer for the International Journal of Radiation Oncology, Biology, Physics, and Journal of Surgical Oncology. She has written or coauthored many articles, abstracts and book chapters, and has spoken at both national and international meetings. 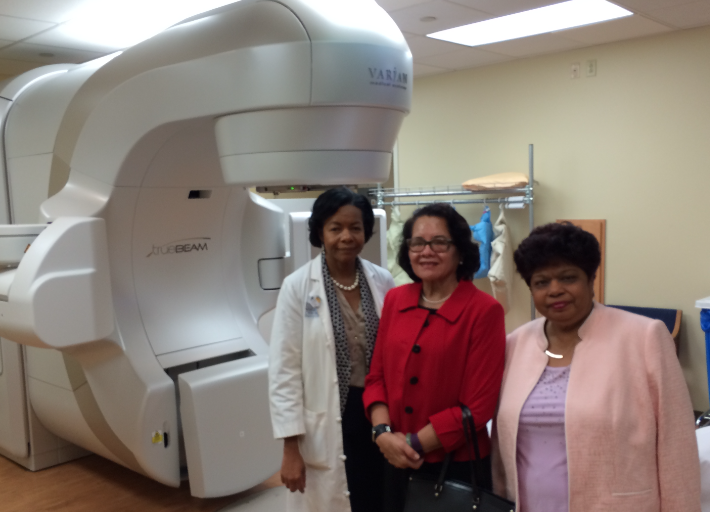