Meet Domini Alleyne, 2014 Miss Barbados Senior Fitness Queen. The 30 year old fitness model, who reings from Tuschen, East Bank Essequibo and Den Amstel West Coast Demerara in Guyana, migrated to Barbados at age 13. She later returned to Guyana and in 2011 worked briefly for the local HJTV television channel and was also a fashion model. However, chronic overeating following a failed marriage propelled Domini to embark on her fitness journey. 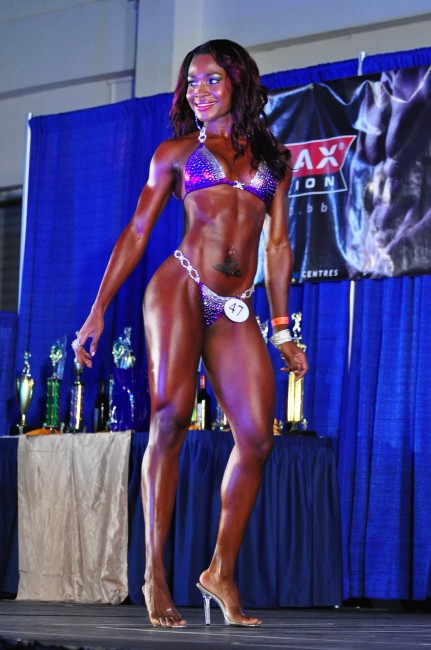 “Most people don’t believe I was chubby. After an abusive marriage that ended in 2011, I started eating everything I see. I would eat and go to the bathroom and throw up, something I used to battle with before. I used to work as a TV HOST in Guyana and well I had lost my shine and the job making it worse. So I returned home (Barbados) late 2011 in time for Christmas. And as you know around that you eat and overeat. When I got on the scale in January 2012, I was over 140lbs. My biggest fear was believing what my ex-husband said to me – that I was ugly after he broke my nose and nearly leave me blind in my right eye. If you ever look at me closely you will realize the right side of my face is different from the left. Call me crazy but I thank him for what he did because I found and learn to love myself more. That’s not saying I support abuse in anyway.

In February 2012, I started my fitness journey and within 6 weeks I saw major changes and I never looked back. I thank God daily for a second chance, some people will never understand. This is my passion, I’m not here to show off, I have nothing to gain. I’m just here to motivate someone to have a better life. Yes it is possible to have better, healthy, happy, stress free life. All you need to do is change your mindset, I had to do it.” 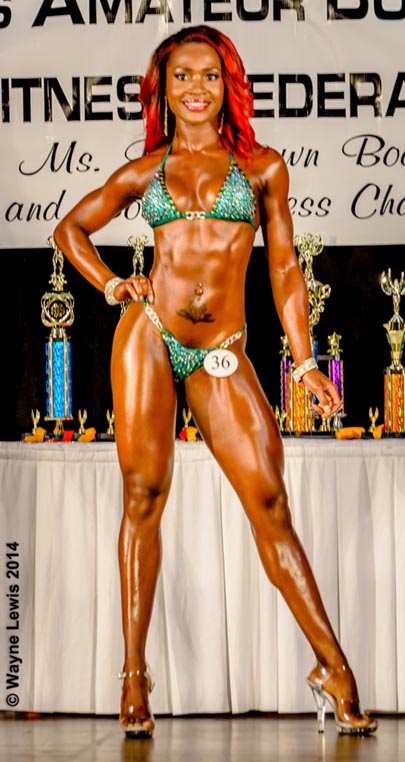 Domini, who is also a personal assistant at the Diagnostic Clinic, has competed and placed in several fitness competitions since she started in 2012. Her titles include Barbados Nationals 2012 – 3rd place, The Darcy Beckles Classic 2012 – 2nd place, Miss Barbados Emerald Cup 2013 – Overall Winner and the Darcy Beckles 2013 – 2nd place, outstanding bikini body 2014, winner of 2014 Darcy Beckles Invitational Classic, and winner of Miss Bridgetown, Barbados fitness championships – Miss Senior Fitness 2014. She is also a nutrition coach and assist her clients in plan and tailored to meet their personal fitness goals. 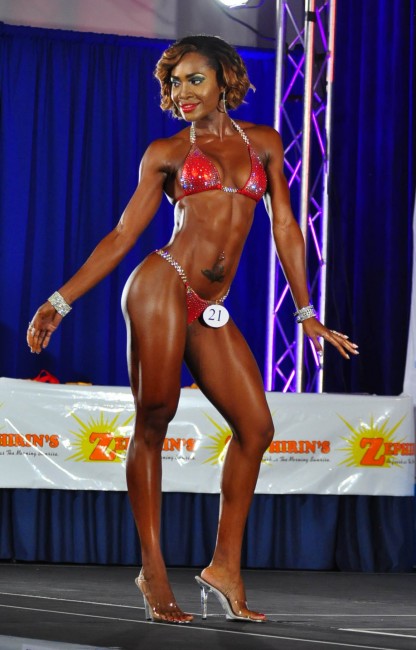 In an interview with Barbados NationNews, Domini shared that there is every chance she will not return to the stage in bikini fitness competition where she has dominated in 2014 with triumphs at the national championships and the Darcy Beckles Invitational Classic. “My ultimate goal is to win a pro card but there is a possibility that I might not be coming back as a bikini fitness competitor because my body is going in a different direction. “I may be switching to body fitness but I am not quite sure just yet. I will have to think long and hard before I come to a final decision. One thing for sure, the plan is to get a pro card for Barbados,” she said. 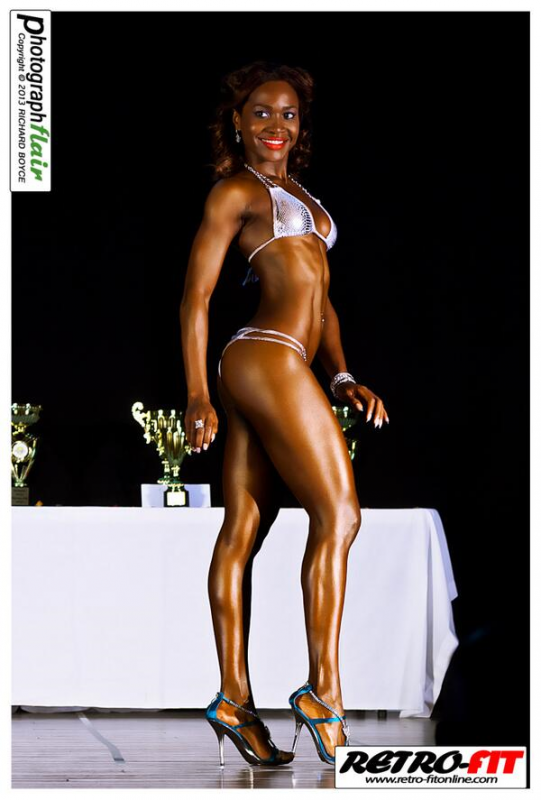