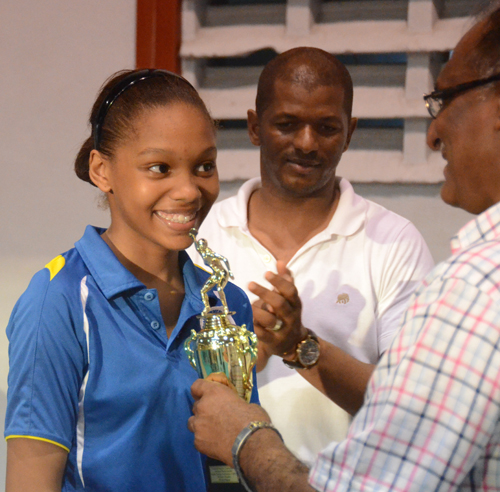 Fifteen year old Table Tennis Star, Chelsea Edghill, was introduced to the sport at the tender age of 9, and she has served up quite an impressive career record. The Bishop’s High School student first got her start at the Teach Them Young training Summer Camp and later at Mae’s where she regularly competed for the school.

In 2006,  Edghill made her first regional appearance at the inaugural tournament of the annual Caribbean Pre-Cadet Table Tennis Tournament in  Trinidad where she won silver medals in the team and doubles events. Over the years, she has successfully represented Guyana at several local and regional tournaments.

In the 2007 Mashramani tournament, Edghill won gold in the U-10 singles.  In the 2008 GTTA/NSC National Championships in Guyana she again won gold in the U-11 singles and U-13 singles, and reached the quarter-finals in the U-15 category after defeating the Jamaican number two player.  In 2009, she won gold in the Mashramani U-13 singles tournament.  That same year at the Pre-Cadet Tournament in Barbados she reached the quarter finals in the singles event and earned a bronze medal in the girls doubles with Akeila Wiltshire, daughter of former Caribbean star Garfield Wiltshire.

In 2010 Chelsea struck gold and become the Under-13 girls singles champion at (CTT) Cadet championships in Puerto Rico and made it to the quarterfinals of the Pan American Mini Cadet TT Championships after upsetting a top ranked Peruvian player.  She was also named the 2010 Junior Sportswoman-of-the-Year.

Edghill’s  reign continued in 2012 when secured the only win for Guyana’s with a silver medal in the Girls 15-and-Under final of the Junior and Cadet Caribbean Championship that  in Cuba.  In December, the tennis champion captured the RMSL Super Singles Table Tennis Tournament in Trinidad and Tobago. In February 2013,  Edghill utilized her superior talent on her opponents during the Guyana Table Tennis Association (GTTA), National Sports Commission (NSC) Mashramani Table Tennis Tournament winning the girls 15 and under category. 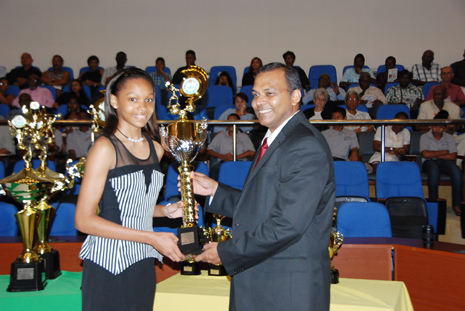 Earlier this year Edghill-led her Bishop’s High School team in the GTTA/Digicel-sponsored Championships to win overall gold medal in the Under-15 category and U-18 categories.  She later captured two titles in March during the two-day Silver Bowl Junior Table Tennis Championships in Trinidad and Tobago Maloney Indoor Complex.  Edghill secured a double crown in this tournament for the second straight year retaining her under-18 title.

This past August, Edgehill along with fellow Guyanese Trenace Lowe, secured for Guyana their first gold medal of the 51st annual Caribbean Table Tennis Championships when they won the women’s doubles title at the Beausejour Indoor Facility in St Lucia. The pair also defeated of Trinidad and Tobago and won a silver medal after Edghill reached the finals of the girls U21 event.

Edgehill’s hard work and talent paid off when she was honored with the 2013  ‘Junior Sportswoman of the Year’ Award.   She was also recently named brand ambassador for Continental Group of Companies, who are known for their local support for sport.

The table tennis Star has the strong support of her parents Godfrey and Deirdre Edghill.  Her mother Deirdre is the Team Manager for the Guyana National Cadet and Junior Table Tennis Team and her younger brother brother Kyle is also represent Guyana at the sport. 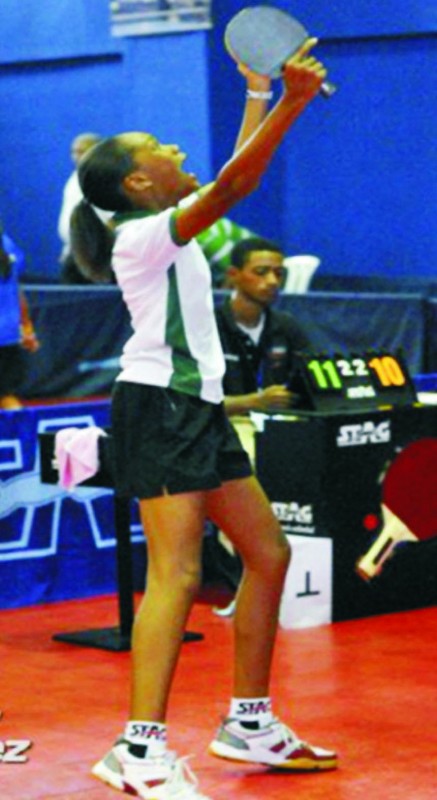 Junior Sportswoman of the year, Chelsea-Edghill