More than eleven years ago, she began her legal career as an assistant public defender. In that capacity she worked tirelessly to ensure that the rights of her clients were protected. Holly then transitioned into prosecution. 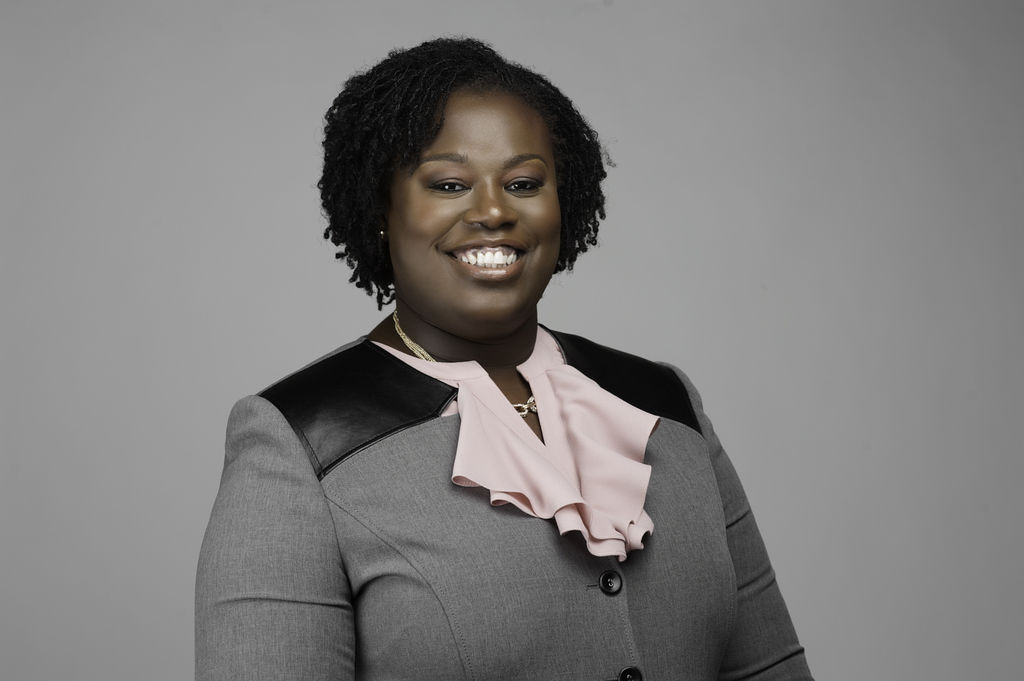 Holly has dedicated her life to the practice of criminal law. Consequently, she founded the Veal Law Firm, P.C., in McDonough, GA in 2012. She holds a Bachelors of Arts in Political Science she obtained from Georgia State University in 2010; a Juris Doctorate from the University of Pittsburgh, School of Law in 2004, and a Masters of Business Administration in 2010.

In an interview with the Sunday Times Magazine, Holly said she was motivated to run for the post of Henry County District Attorney by a “deep desire to serve”.

“I believe that my experience as a defence attorney and as a prosecutor gives me a unique perspective and insight that would be an asset to the District Attorney’s office,” she noted.

Holly’s parents, Hugh and Minerva Wilkinson (an engineer and a nurse respectively), laid a solid foundation for Holly. She said that being Guyanese and being an immigrant, having to start life anew in a new country, her family had to work “very hard” to establish themselves.

Veal pointed out that the principle of working hard and staying committed to a goal is something herself and family lived by in Guyana, and they continue to abide by those values.

“A quote from Henry Wadsworth that my mother has been reciting to me since I was a child that I always remember is, ‘The heights by great men reached and kept were not attained by sudden flight, but they, while their companions slept, were toiling upward in the night’,” Holly revealed.

If elected District Attorney, Holly is eager to fulfill her responsibilities in prosecuting all felonies that occur in Henry County, which include violent crimes, sexual offenses, drug offenses and major theft offenses.

“As district attorney, I would work hard to make sure that our county remains a safe and desirable place to live by aggressively prosecuting violent crime,” said Veal. “I would send a message to ‘would-be criminals’ that Henry County is not going to tolerate that type of behaviour.”

Staying true to her roots, Holly visits Guyana whenever she can with her family, husband Lindsey Veal Jr. and their two daughters. Last year was her most recent visit to her homeland.

“I would tell youths to take time to reflect on where they are at that moment in time. What are your thoughts? What are your ideas? Who are your friends?” she advised. “Then I want them to reflect on how much different they are from the person they were two or three years before. Most will find that they are not the same person and they don’t think the same. As you grow each year you will be a new person, you will have new ideals, new goals and new friends. While you are growing, in all things you do, stay goal-oriented and strive for greatness in the future. Hard work and education pays off! In essence, ensure that while you are changing you are setting yourself up for a dynamic, fruitful future.”

Visit Holly Veal for District Attorney on Facebook or  www.veallawfirm.com