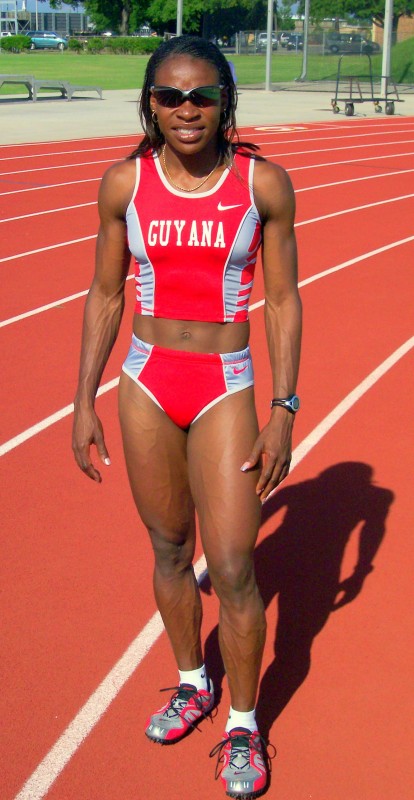 Marian Joan Burnett (born 22 February 1976 in Linden) is a Guyanese middle-distance runner who specializes in the 800 and 1500 metres. She competed in the 2004 and 2008 Summer Olympic Games, reaching the second heat of the 800 metres on both occasions. She won the first of her three national Sportswoman of the Year awards in 1998 including being a national champion in two sports – track & field and bodybuilding & fitness. In 1999, in only her second major international contest (the CAC Championships in Barbados) Marian was the athlete on the Guyana team to earn a medal in the 1500m.

Due to her outstanding track performances, Marian was scouted and offered an athletic scholarship to attend Essex County College in New Jersey where she won several individual and team honors, including the NJCAA Most Outstanding Athlete award in 2000. She was the first Guyanese Captain of the college team and graduated as one of only two Presidential Scholarship awardees from a total of 928 students. In 2001 she earned an Associate Degree in Physical Education at ECC and transferred to Louisiana State University; representing the LSU Lady Tigers track and field team.

In 2002, Marian became the University’s first NCAA Indoor 800m indoor champion, while the Lady Tigers won the team championships two years in a row. These accomplishments led to a tribute at the White House’s first Champions’ Day ceremony in September 2003 where President George Bush urged Marian and other attendees to “positively impact on society, including the young ones,” with their role model status. During the same year, Marian became Guyana’s first Pan American Games track and field medalist (silver). 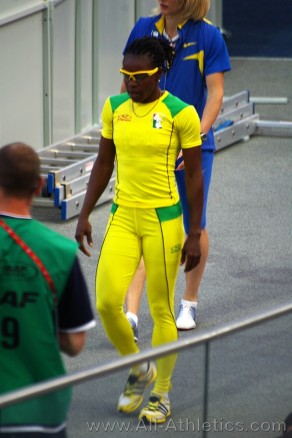 The following year Marian took part in the 2004 IAAF World Indoor Championships when she reached the semi-finals of the women’s 800m at the 2004 Athens Olympics. She earned double majors from LSU with a Bachelor of Science degree in Sociology and a Bachelor of Arts degree in General Studies.

Marian’s athletic career continued post LSU and she made it to the 2005 World Championships in Athletics but failed to progress beyond the heats. In 2006, after another appearance on the World Indoor stage, she reached the semi-finals of the 2006 Commonwealth Games. She went on to win her first continental title the next year, beating all opposition in the 800m for a gold medal at the 2007 South American Championships in Athletics, and also won a silver medal in the 1500 m with a national record time. She reached the semi-finals of her event at the 2007 World Championships a few months later and made a personal best time of 4:17.91 in Rio de Janeiro in the 1500m and 1:59.47 in the 800m. 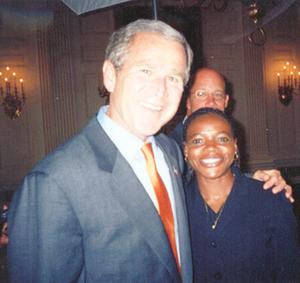 Marian made her second Olympic appearance at the 2008 Beijing Games, being eliminated in the heats, and reached the semi-finals at the 2009 World Championships in Athletics.  She also set an indoor national record of 2:02.27 for the 800 m at the 2008 IAAF World Indoor Championships, although this was not enough to reach the final. In 2010, Marian won a bronze medal in the 800m at this year’s Central American and Caribbean Games (CAC) in Puerto Rico.

Most recently, in March 2012, Marian returned to her hometown in Linden for the Jefford Track and Field Classic where she won the 1500 metres event held at the Mackenzie Sports Club ground.

Throughout her outstanding career, Marian has competed around the US, the Caribbean, Central America and Europe in several countries including United Kingdom, Hungary, Greece, Finland, Russia, Australia, Brazil, Spain, Jamaica, Germany and Puerto Rico, just to name a few.  Today the 37 year old US-based Olympian is the mother of a 1 year old son. 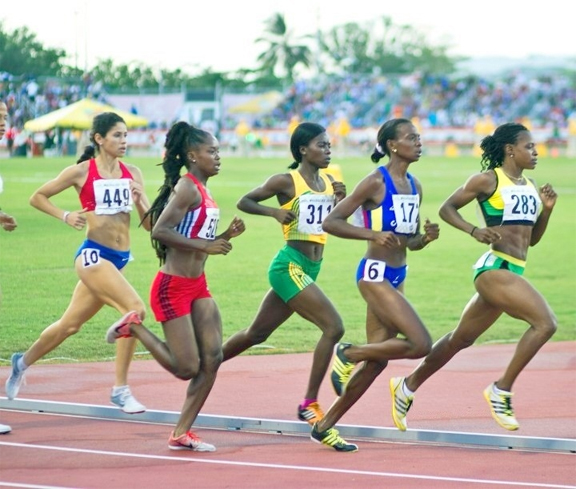