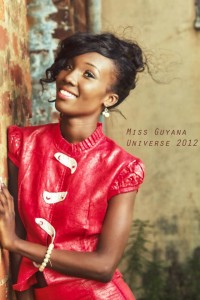 Meet Ruqayyah Gabriella Boyer!  She is a Guyanese-Dutch model, singer, actress, dancer, and reigning Miss Guyana Universe 2012. Born in Suriname to a Guyanese mother and a Surinamese father,  Ruqayyah spent her first two years in  her Dutch-speaking birth country before moving to Canada where she spent the next five years. Later on, Ruqayyah moved to her mother’s home country of Guyana where she currently resides. 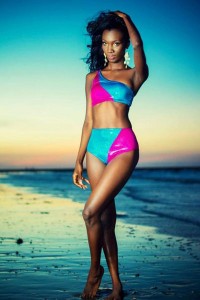 Ruqayyah was raised in an extended family and is the fourth of ten siblings.  She describes herself as a free spirit and is always self motivated, a quality she derived from her dad an entrepreneur and her mother, a teacher, who has always supported her and push for her education.  A graduate of St. Stanislaus College, she is currently in her third year pursuing a Bachelor’s in International Relations at the University of Guyana & Conflict Resolution at the American university of Peace Studies. She hopes to one day to be an avid Spokesperson for Gender Based Violence within the United Nations framework. 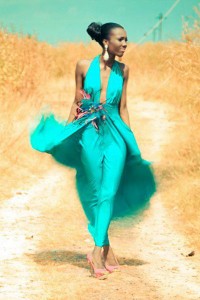 Ruqayyah was crowned Miss Guyana Universe 2012 during the annual competition held on September 15th at the Princess International Hotel in Providence. Her platform was ‘Domestic violence’.  She explained that the issue has become an epidemic in the Guyanese society, and every day dawns the possibility of another victim. She also received the Best Talent Award for a self composed piece based on Domestic Violence.  Prior to her winning this crown,  Ruqayyah represented Guyana at the Miss Teen Universal pageant and was also named Queen & Crowned Miss Linden 2010 walking away with the Miss Physique, Best gown, Miss Intelligent, Miss Photogenic, Miss Congeniality & the Best Talent awards. 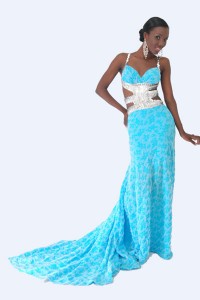 Ruqayyah is also known as Petra in her latest role of Guyanese Play “To Sir With Love” an Adaptation of the film written by E.R. Braithwaite starring Sidney Poitier; where she played the role of Lulu, the delightful songbird. Many also refer to her as ‘Provotique’ which is her alias when performing spoken word in Guyana and the Wider Caribbean.  She is also the current hostess and Co-Producer of a Television Program named GT411 soon to be launched and ex Co hostess of Caribbean Music Box Show where she worked alongside one of Guyana’s leading journalist Mondale Smith. GT411 is a program covering all aspects of the Guyana’s entertainment industry inclusive of VIP parties, Promotional events, Poetry, Sports, Pageants, Stage Shows, Artist Features, Interviews and the lot.

Ruquyyah will represent Guyana in the Miss Universe 2012 Pageant in Las VEGAS on December 19th 2012. 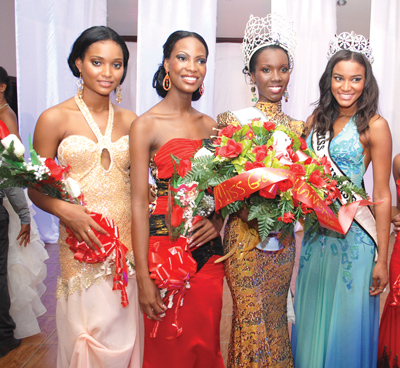