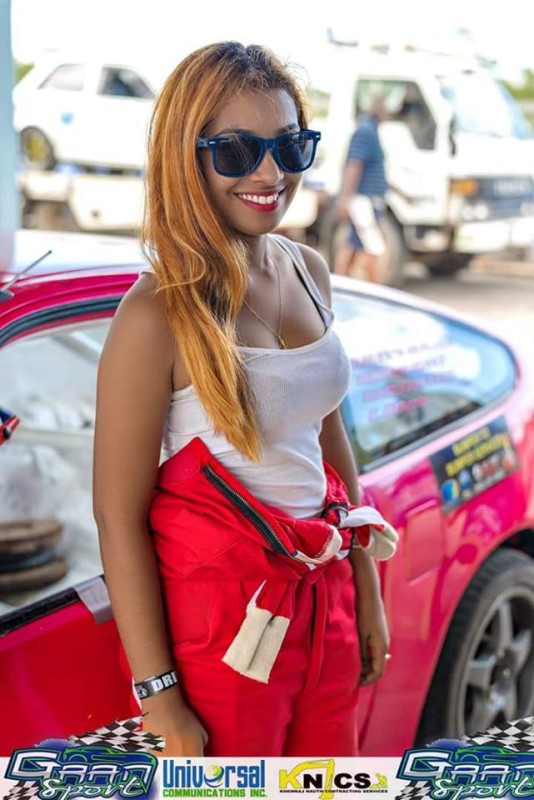 Sharima Khan is known as the “Speed Queen” because of her passion for race car driving. Born in Grove, East Bank Demerara to Haroon and Angela Khan, Sharima has had an interest in racing since the tender age of 8.  Her first experience was in a Formula One design go-cart, which she practiced in each day after school.

In November, 2015 Sharima made history when she earned a spot a the winners podium finishing 2nd at the South Dakota Circuit. This is the first time in Guyana’s racing history that a female has achieved this honor.  Sharima made the impressive showing in her S1500cc Honda CRX, which she affectionately refers to as “The Pink Beast.”

Sharima’s love of the fast lane was inherited from her father, Haroon, who is also a competitive driver. She admits that she spent her early years watching her father on the track and had no doubt that she would follow in his footsteps. Sharima is a former student of Campbell’s Trust Nursery, Grove Primary and Covent Garden Secondary Schools.

In 2012, the 20 year old Speed Queen’s drove her first endurance race with her father and they  both achieved top honors in their respective categories. She made her debut at the Dakota Circuit meet in November 2013, where she competed with some of Guyana’s best male drivers.  She competed once again 2014, but it was 2015 that brought Sharima her biggest achievement.  Her second place win at the Dakota Circuit also earned her pioneer status.  In her post race interview, when she was asked how she felt, Sharima responded:

“I feel completely amazing but I must say it’s a rush. The only difficulties were the close ranges, trying to stay on the track and trying not to get beaten. It was good, you just have to keep your head on, keep your race line in order and drive as fast as you can.” 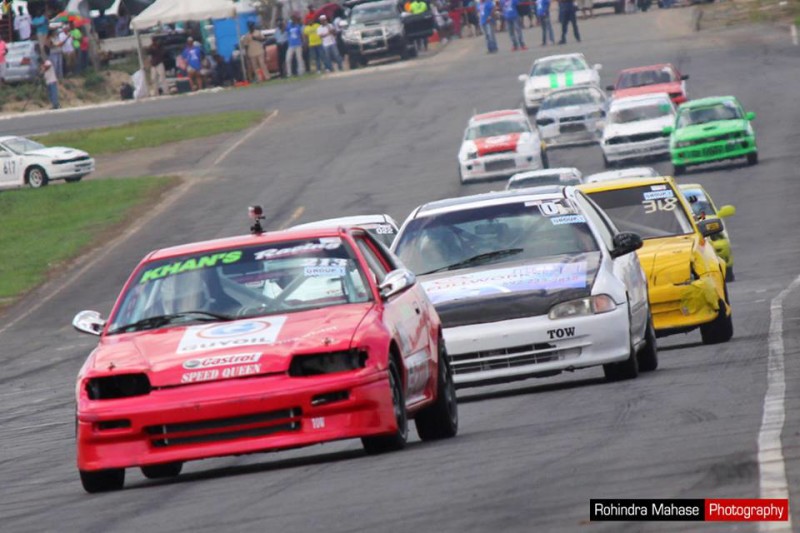 Sharima Khan in the “Pink Beast” at the 2015 Dakota Circuit.

Sharima draws inspiration from the late Ayrton Senna da Silva, a Brazilian racing driver, who won three Formula One world championships in 1988, 1990 and 1991.  She also credits her team, and her family and friends for being her biggest supporters who have been the motivational factor behind her success. 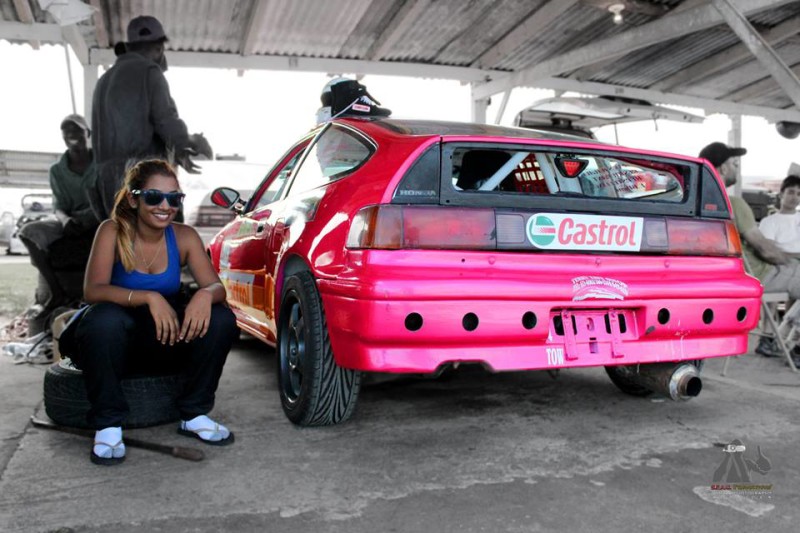 Sharima Khan aka the “Speed Queen”

Sharima’s advice to young aspiring racers especially girls is “It does not matter what people say or whatever measures they take to break you, it is all up to you to be brave, work extremely hard and never give up on what makes you smile”. 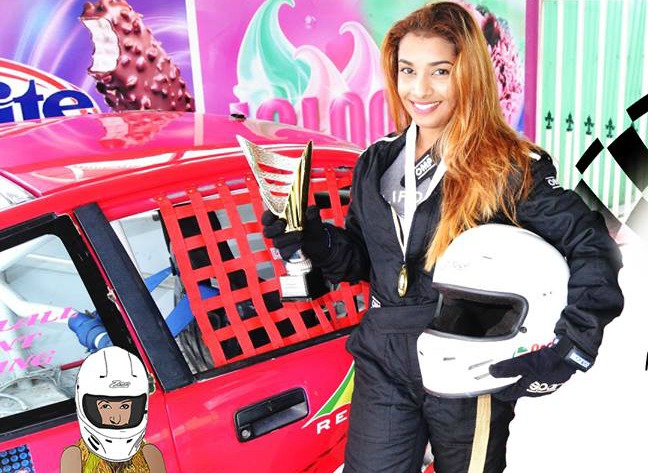 When she is not on the race track, Sharima enjoys helping her parents at their family owned Khan’s Halal Restaurant, located in Hersetelling on the East Bank.  The next thing on the “Speed Queen” list of achievements is to make it to Formula 1, which is the highest class of single-seat auto racing.   She also hope that she is able to inspire other young women to join her on the tracks next year when she plans to be in the number 1 spot on the podium.  Sharima is the third of four sisters and has one brother.   She is the only one of her siblings who is a competitive racer.