Mahadeo, who is the daughter of ND&S Furniture Store owner Parasram Mahadeo, is a former student of Queen’s College and School of the Nations. She completed her Cambridge A-levels programme at the latter mentioned learning institution. She successfully completed her LLB Degree in 2012 and thereafter attended the Trinidad and Tobago based Hugh Wooding Law School. During her time in Trinidad she obtained training at the Ministry of Legal Affairs, Intellectual Property Office, was the publications committee chairperson and public relations officer at the Hugh Wooding Law School student representative council from 2013 to 2014. She sat as a committee member of the law school’s newspaper and was a member of its disciplinary committee in a student representative capacity. 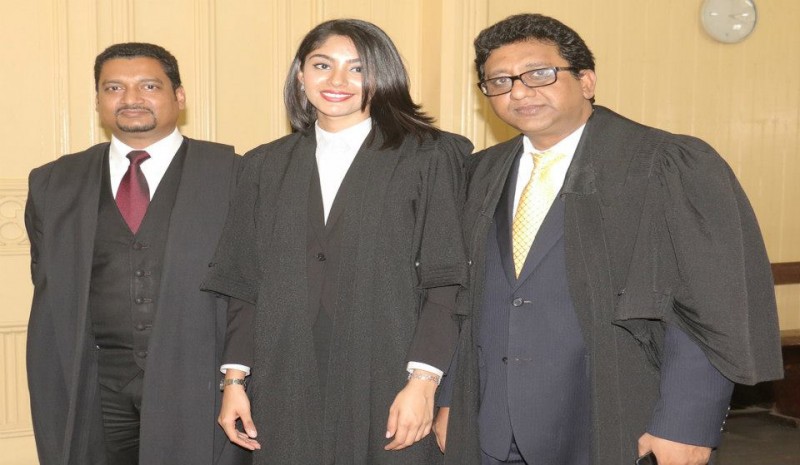