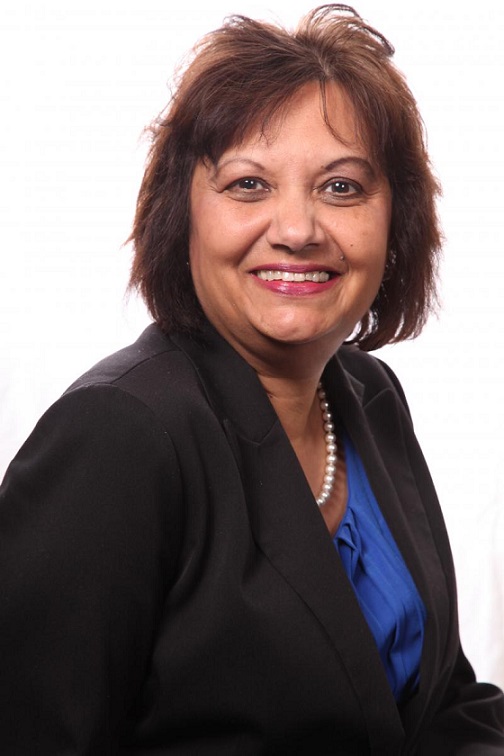 Among the senior vice presidents at Rockwell Collins; the Iowa-based provider of avionics and information technology systems and services, Nan Mattai is the only woman.

“Just the thought that something I say or do may change a life inspires me to be the best I can be,” Ms. Mattai, the Senior Vice President for Engineering and Technology, wrote in an email interview. “So, as a successful woman in a traditionally male-dominated field, I will try to share my story and experiences to inspire the next generation of women engineers.” In both Rockwell Collins and the broader field of engineering, women make up 13 percent of the workforce.

Ms. Mattai was born in Georgetown, Guyana, and became motivated to become a research professor by her inspiration, the pioneering woman scientist Madame Curie. She received a bachelor’s degree in physics and math from the University of Guyana and a master’s degree in physics from the University of Windsor, in Canada. She then moved to southern California, a hotspot for the aerospace industry, with her husband, Roy, who is also an engineer.

“The Sunday Los Angeles Times often had multiple pages of job openings for all types of engineers. My husband and many of our friends who worked in the industry spoke of the technologically challenging work, good pay, opportunities to advance and great benefits packages,” she wrote, of her decision to pursue engineering. “I was fascinated by the work, just seeing something you designed actually work in the real world was very satisfying.”

Her goal was never to become a key leader in a company like Rockwell Collins.

“From a leadership perspective, I just wanted to be the best engineer I could be,” Ms. Mattai wrote. “I was fortunate that my leaders recognized my leadership potential and encouraged me to consider technical leadership. Once I got into my first leadership position and realized that I could have a much broader impact, a deeper understanding of the business strategies and more connectivity to the big picture, I knew I had found my dream job.”

She joined Rockwell Collins in 1993 as a software engineer and took on positions of increasing responsibility before being promoted to vice president of government systems engineering in 2001 and her current role in 2004.

In her position, Ms. Mattai oversees the company’s 8,000 engineering employees around the world, along with nearly $1 billion in research and development investments.

In that role, she has to work to keep the 80-year-old company on the cutting edge of innovation. That means, after recruiting top talent, the leadership team has to give them room to fail. 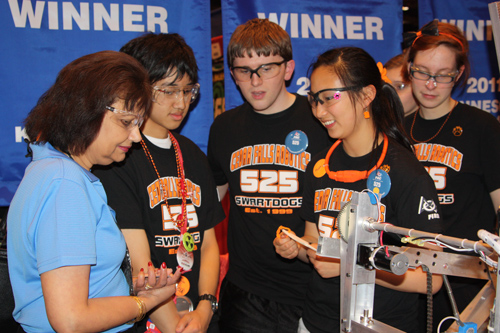 “We emphasize that innovation is about teamwork,” she wrote. “It requires knowledge sharing and openness. It takes people working together across different groups, disciplines and organizational lines to make this happen.”

Ms. Mattai is no stranger to awards for her influence as a woman engineer. In 2012, she was named Avionic Magazine’s first-ever Woman of the Year. Other recent awards include recognition as one of “100 women in STEM” by STEMConnector in 2012, a woman in technology award for innovation and leadership in large companies from the Technology Association of Iowa in 2010, and being named a “Woman Worth Watching” in aerospace in Diversity Journal in 2009.

“Mattai’s personal passion is to connect women in engineering and technical roles in the aerospace industry to each other, essentially allowing her to provide the role models and mentoring that she didn’t have when she started her career 30 years ago,” wrote Cindy Dietz, Rockwell Collins’ director of corporate communications, in her nomination of Ms. Mattai.

Ms. Mattai is active in the company’s engineering outreach activities, such as Introduce a Girl to Engineering Day, which brought 100 middle school girls to the company’s Cedar Rapids headquarters last month for a hands-on engineering activity and a chance to hear from female leaders in the field. Rockwell Collins prioritizes reaching out to middle school girls because research shows that most decide if they are “good enough” to pursue a career in science and math around that age. The company also is active on university campuses across the nation and works to provide opportunities to women beginning their careers there, through groups such as the women’s forum.

While accepting the Woman of the Year award from Aviation (June, 2012), Ms. Mattai said the greatest challenges facing women in engineering include finding work-life balance, gaining access to management responsibilities and communicating their value. These were all challenges she faced personally, she said. While both Ms. Mattai and her husband were working as engineers, they raised two sons, Andy and Neil.

My advice would be to always be yourself, challenge yourself, continually develop and hone your skill sets and never shy away from a tough assignment,” she wrote. “The rewards are well worth the challenges.

UPDATE:  In 2014,  Ms. Mattai was name one of the Influential Women in Defense Electronics