Maya Tiwari (born April 16, 1952 in Liverpool Village, Guyana) is a humanitarian, world peace leader and author. Also called “Mother Maya,” she is an international teacher of Ayurveda, a health activist and the founder of the Wise Earth School of Ayurveda and Mother Om Mission. 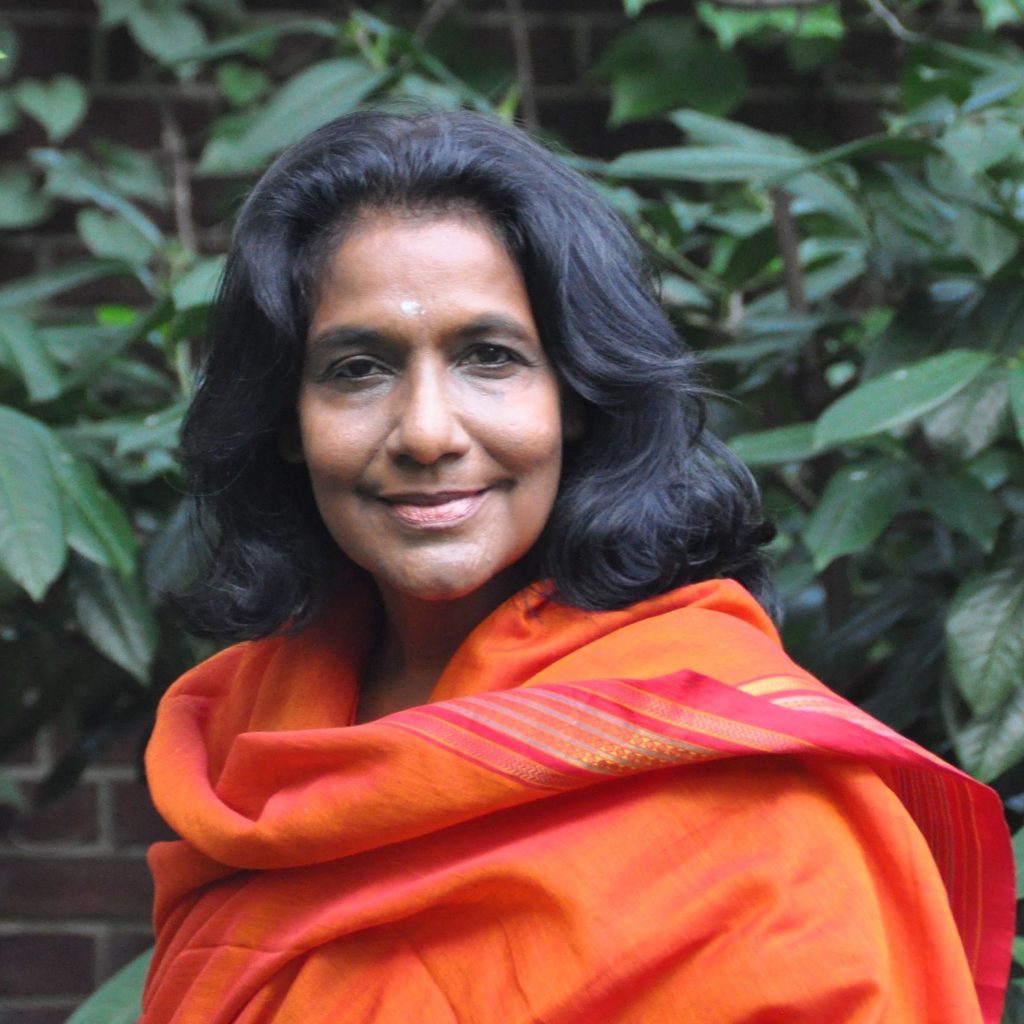 Maya Tiwari was born in Guyana, the daughter of Brahmin priest Pandit Bhagawan Ramprasad Tiwari, whose family originated from Lucknow, India. Thereafter, she became a fashion designer in New York City at the age of 18. Her fashion and “Maya” boutique was a prominent store at 773 Madison Avenue, New York City where she served clientele like Jackie Onassis, Princess Diana, Nureyev, and Patti La Belle among other celebrities. Her designs were featured in stores such as Bergdorf Goodman, Henri Bendel’s, and Saks Fifth Avenue to Harrods in the UK.

At the age of 25 Mother Maya survived a five-year-long journey with ovarian cancer. “With a diagnosis of six months to live, she retreated to a cabin in the Vermont woods, returned to her Indian ancestors’ Ayruvedic roots, and employed herbs, nutrition, meditation, chanting and yoga to heal herself both physically and spiritually.” Thereafter, she returned to her ancestral home in India to study the Vedas, Sanskrit, Yoga, and Ayurveda. Mother Maya spent three years at Arsha Vidya Gurukulam in Saylorsburg, PA before relocating to Dayananda Ashram in her motherland of Rishikesh, India where she received her initiation as a sannyasin (Vedic monk) from her teacher, His Holiness Swami Dayananda Sarasvati. In 1981, Maya established the Wise Earth School of Ayurveda, the first school for Ayurveda studies in North America, based in the knowledge of the Greater Vedas. 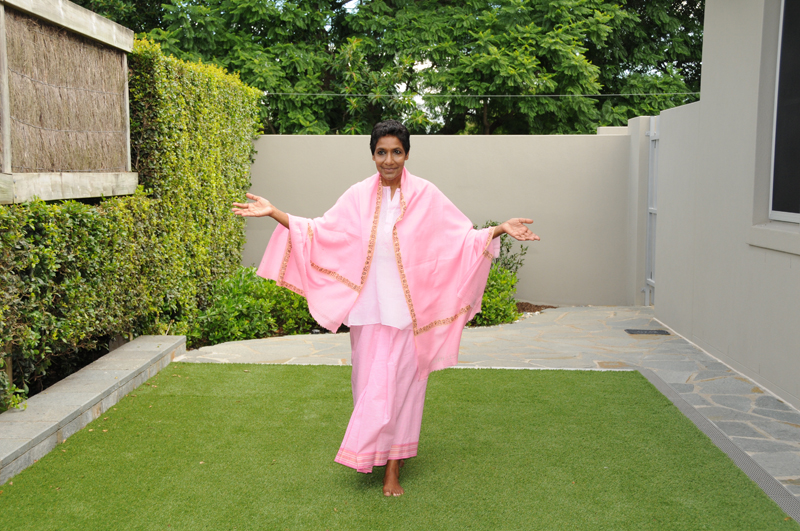 On Mother’s Day in 1998, Mother Maya founded the Mother Om Mission (MOM), a nonprofit organization that provides Ayurveda education and services to at-risk communities in New York’s inner cities and Guyana. In December 2009, Mother Maya was a featured speaker at the Parliament of the World’s Religions in Melbourne, Australia. In 2010 Mother Maya renounced her monastic title and spiritual honorific—Her Holiness, Sri Swami Mayatitananda—to, as she puts it, “walk a simpler and more accessible life in service of the populations in need.” In October 2016, Mother Maya was the opening guest on the radio show ‘Unlock Your Health’, where in she recorded a series of four interviews on her cancer healing journey.

Among the healing programs developed by Mother Maya is The Peace Mandala, a program in where she leads hundreds of people worldwide in the creation of Peace Mandalas created from seeds and grains “to help generate inner harmony by reconnecting to nature’s seed memory of wellness and love.” The purpose of The Peace Mandalas is “to re-enliven humanity’s memory of inner harmony and the awareness necessary to cooperate with and celebrate Mother Earth’s profound gifts to humanity. Living Ahimsa brings awareness to the preservation of the seed-memory of nature, human sentiency and the integrity of Mother Earth.” She appeared at Deepak Chopra’s “Seduction of Spirit” meditation event in Toronto, Canada in August 2014 where she led the attendees through the creation of making a Peace Mandala.

In December 2009, at the Parliament of the World’s Religions in Melbourne, Australia, Mother Maya began The Living Ahimsa World Peace Tour and has traveled to several countries leading people in taking an oath of ahimsa, which means non-harm or peace. (Mahatma Gandhi is a key world figure who promoted ahimsa as a vehicle for creating change.) The Living Ahimsa Peace Tour’s aim is “teaching the cultivation of harmony and nonviolence in thought, speech, and action, with the purpose of healing individuals and safeguarding Mother Earth and the world.” Mother Maya states, ‘The world can’t engender peace until we as individuals . . . discover the state of inner harmony within us.’ As of September 2014, Mother Maya has been on The Living Ahimsa World Peace Tour for six years. 154,665 people have taken the oath. Hinduism Today writes, “The Living Ahimsa Vrata mission makes the spirit of nonviolence a palpable reality for individuals […] The vow can be taken in person or online. Central to the vow is a thirty-minute meditation twice a day. Aum is chanted 108 times, two times, followed by contemplation on key Hindu Vedic verses.”

Mother Maya’s Inner Medicine Healing principle informs the curricula of Wise Earth Ayurveda education. Mother Maya says that “Inner Medicine Healing is based on the concept that each one of us has the ability to heal ourselves.” A key part of her teachings is The Cosmic Memory Principle, which refers to achieving healing through the collective timeless memories of all species and life forms in the universe.

Mother Maya received the Dhanvantari International Award in 2011 for work in Ayurveda education. Mother Maya is the recipient of AAPNA’s Rishi Award for outstanding work in Ayurveda. Mother Maya was given the distinction of “World Peace Leader” by the Parliament of the World’s Religions, 2009. Mother Maya’s book The Path of Practice was nominated for a Nautilus Award.