Malika Booker is UK-based a writer, spoken word and multidisciplinary artist of Guyanese and Grenadian heritage.  Her work spans literature, education, and cross-arts.

My mother is from Grenada and my father is Guyanese and I spent my early childhood in Guyana before moving back to the UK. This dual heritage as well as growing up in both Guyana and London has played a big role on my writing.

Malika has appeared worldwide both independently and with the British Council. She was one of the touring poets with Bittersweet in 1999/2000 and since has featured in the spoken word project, Modern Love, and in Kin at the Barbican in 2004 – a show incorporating words, music, and visuals. She was commissioned to co-produce a poetry film to commemorate the Royal Festival Hall’s 50th Birthday Celebrations in Spring 2001. Her first musical play, Catwalk, commissioned by NITRO, ran at the Tricycle Theatre in June 2001 and had a successful UK tour. 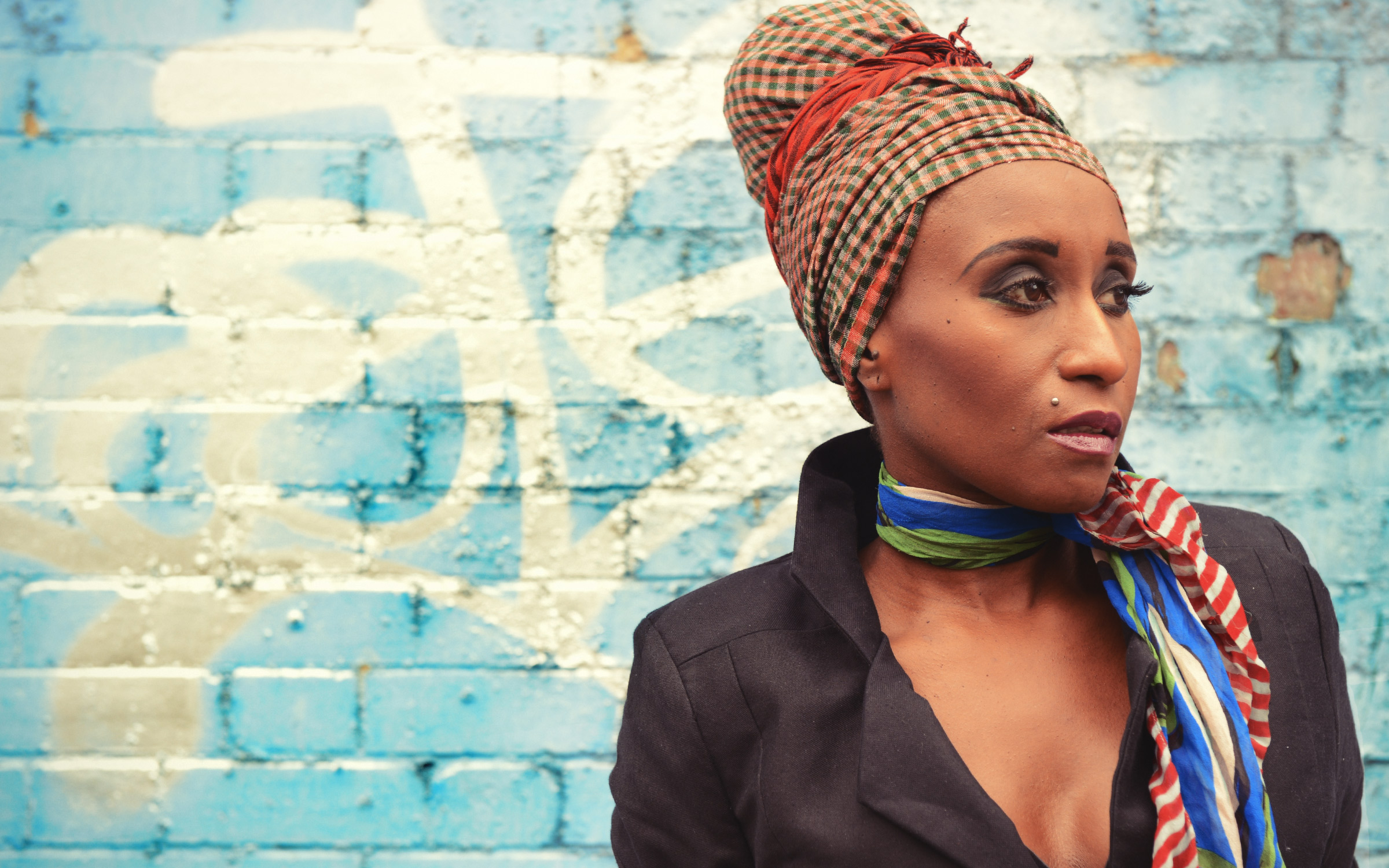 Malika was the Hampton Court Palace writer in residence in 2004, and a commissioned writer for Croydon Museum. In 2005 she undertook a two-month writer fellowship in Delhi, to work on her first novel. She is an experienced creative writing course leader and has run courses for various organizations including The Arvon Foundation, National Theatre, and the Young Vic. She worked with young people for the Inner-London Teenager Poetry Slam in 2003 and 2004, which resulted in two collections of their writing, Where I’m From, Where I’m Going and The Way We See It, The Way It Is.

Malika also jointly runs ‘Malika’s Poetry Kitchen,’ a writers’ collective based in London and Chicago. Her play, Unplanned, opened in Spring 2007, with and ran at the Battersea Arts Centre.  Her chapter book Breadfruit was published in 2007, and was a Poetry Book Society Recommended Title, and her first collection Pepper Seed was published by Peepal Tree Press in 2013, and was shortlisted for both the OCM Bocas Prize for Caribbean Literature and the Seamus Heaney Centre Prize in 2014. Her poems are also widely anthologised in anthologies and journals including: Out of Bounds, British Black and Asian Poets (Bloodaxe, 2012) Ten New Poets (Bloodaxe, 2010) Bittersweet: Contemporary Black Women’s Poetry (The Women’s Press, 1998) and The Penguin Anthology of New Black Writing and India International Journal, 2005.  She has represented British writing internationally, both independently and with British Council in Slovenia, New Zealand, Malaysia, Russia and Azerbaijan and was Hampton Court Palace Writer in Residence in 2004. 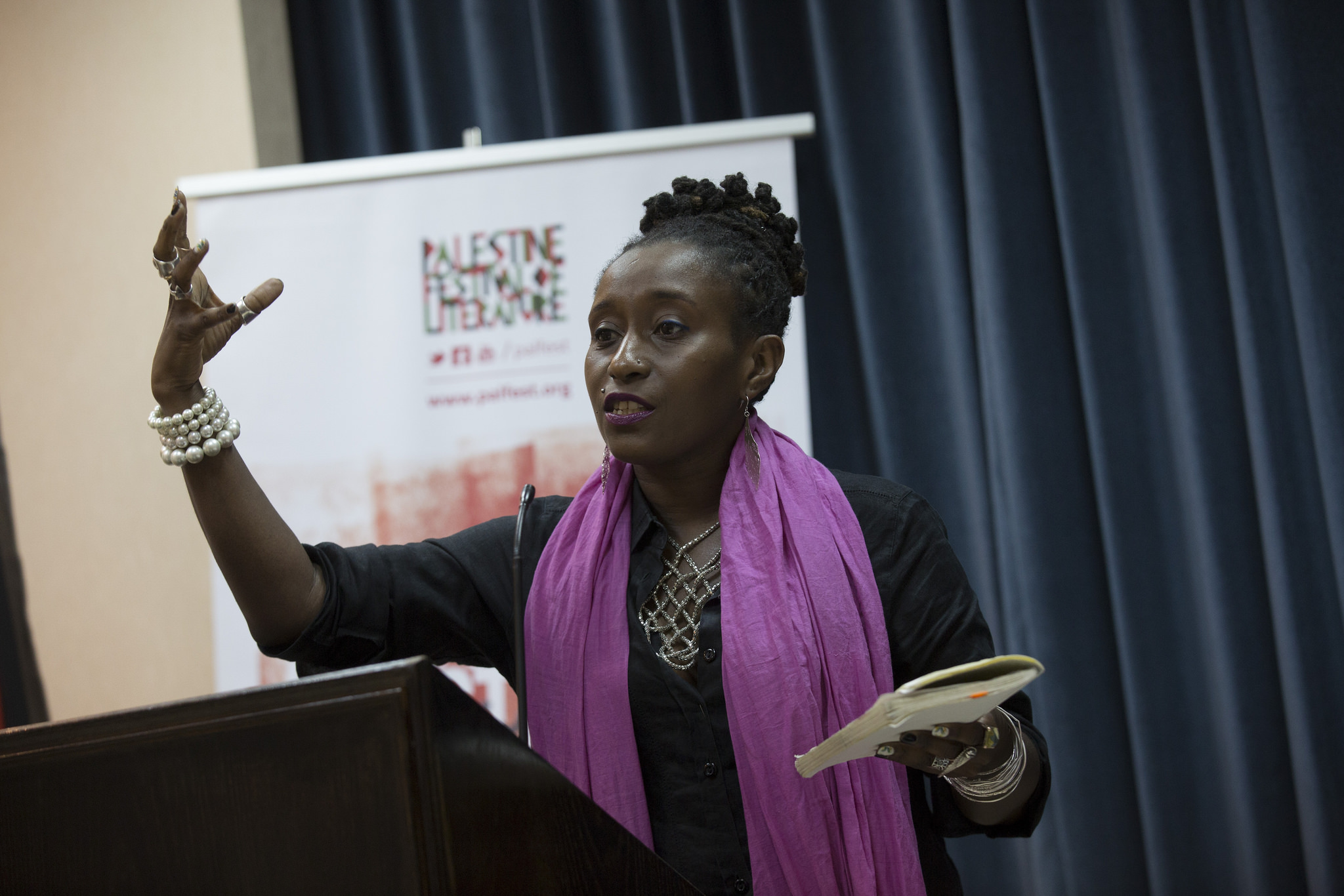 Malika Booker speaks to students and alumni at Bethlehem University on May 27, 2015 in Bethlehem, Palestine.

Malika has an MA in Creative and Life Writing from Goldsmiths. In 2015 she was awarded the post of Cultural Fellow in Creative Writing and Literary Arts at Leeds University. Malika was the inaugural Poet in Residence at the Royal Shakespeare Company and the first British Poet to become a Cave Canem Fellow in the USA.  She is currently the Douglas Caster Cultural Fellow at The University of Leeds and Chair of the Forward Prizes for Poetry judging panel 2016.

To learn more about Malika, visit her website: malikabooker.com