Entrepreneur, projects specialist, author: Sabrina Panday is a ‘bold and fearless’ woman.  She has a contagious positive attitude, which she credits to being “bold and fearless and never underestimating oneself”. These attributes have propelled Sabrina in assiduously pursuing her “dreams”, which included being a cookbook author.

This ‘dream’ became a reality when Sabrina finally launched her cookbook. Adding a delicious twist to traditional ground provisions meals, Sabrina’s “Provisions: Cooking Healthy with Nature’s Bounty” inaugural cookbook is simple to use with appetizing recipes tested in her own kitchen. 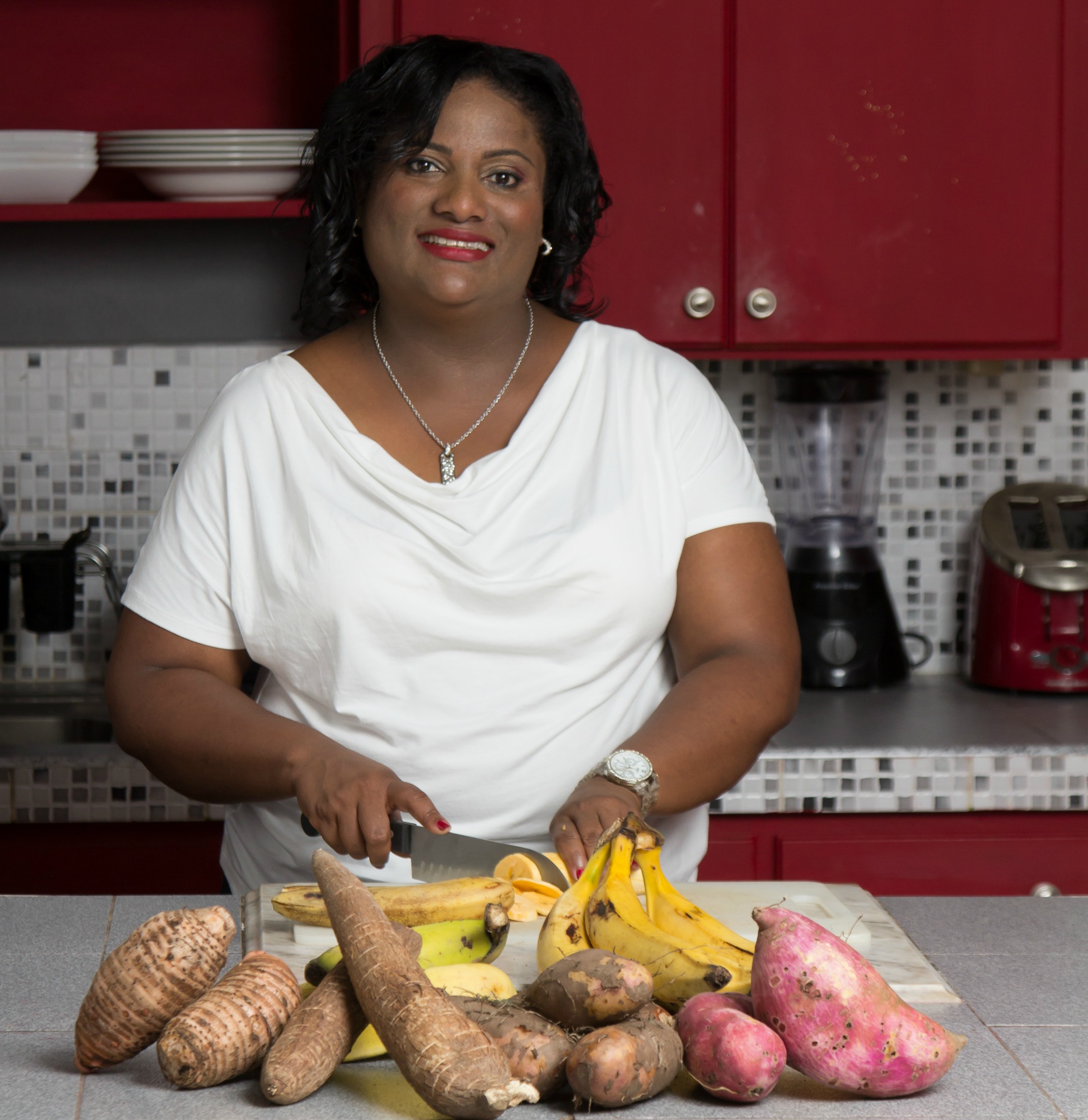 As a little girl growing up in Guyana, and as with most Guyanese, Sabrina came to know ground provisions as a collection of various root vegetables. Her interest in cooking and food exploration led her to research through many cookbooks for a collection of recipes dedicated to ground provisions, but could not find one. Consequently, the idea was born to create a cookbook that explored different cuisines, from home and abroad, using staples and vegetables grown and available in the Caribbean.

In an interview, Sabrina said the word “provisions” means to provide or supply something, especially of food or other necessities preparing in advance to meet the dietary needs. Based on this concept, the cookbook was compiled. There are over 40 recipes with “simple” instructions.

Sabrina as a model

Sabrina has worked as a flight attendant, been a model and dancer, and now works in marketing and managing various sports projects. She was employed with the ICC T20 World Cup organisation and now the Caribbean Premier League. Additionally, she is a florist, events decorator, and now a published author.

This culinary venture is a new path for Sabrina, who has approximately 20 years of culinary experience. She mentioned that although she is not a chef, her experience and business background aided in the success of her cookbook. What is notable, too, is that she personally designed and compiled the cookbook, which is why she refers to it as her “baby”.

“When you do what you love it’s no longer work. My love for cooking since I was a child inspired me to publish this cookbook – a project I wanted to do for a very long time and a dream come true. While I was growing up I was given cookbooks as gifts, and as I got older, my collection grew. Also, my eldest brother Imtiaz Ali Panday, who has passed on, was very instrumental in life, teaching me most of the things I know, that is why I dedicated this book to him,” Sabrina recalled.

Losing her parents at age 12, Sabrina had to learn to be a grownup, although she was the youngest of her siblings. Her eldest brother taught her to cook, among other vital life skills. For his contribution, Sabrina dedicated “Provisions: Cooking Healthy with Nature’s Bounty” to him.

The recipes, according to Sabrina, were all tested in her kitchen so readers can rest assured that they will create delicious meals the entire family will love. The photos in the cookbook were also taken by Sabrina as she made the meals in her kitchen. 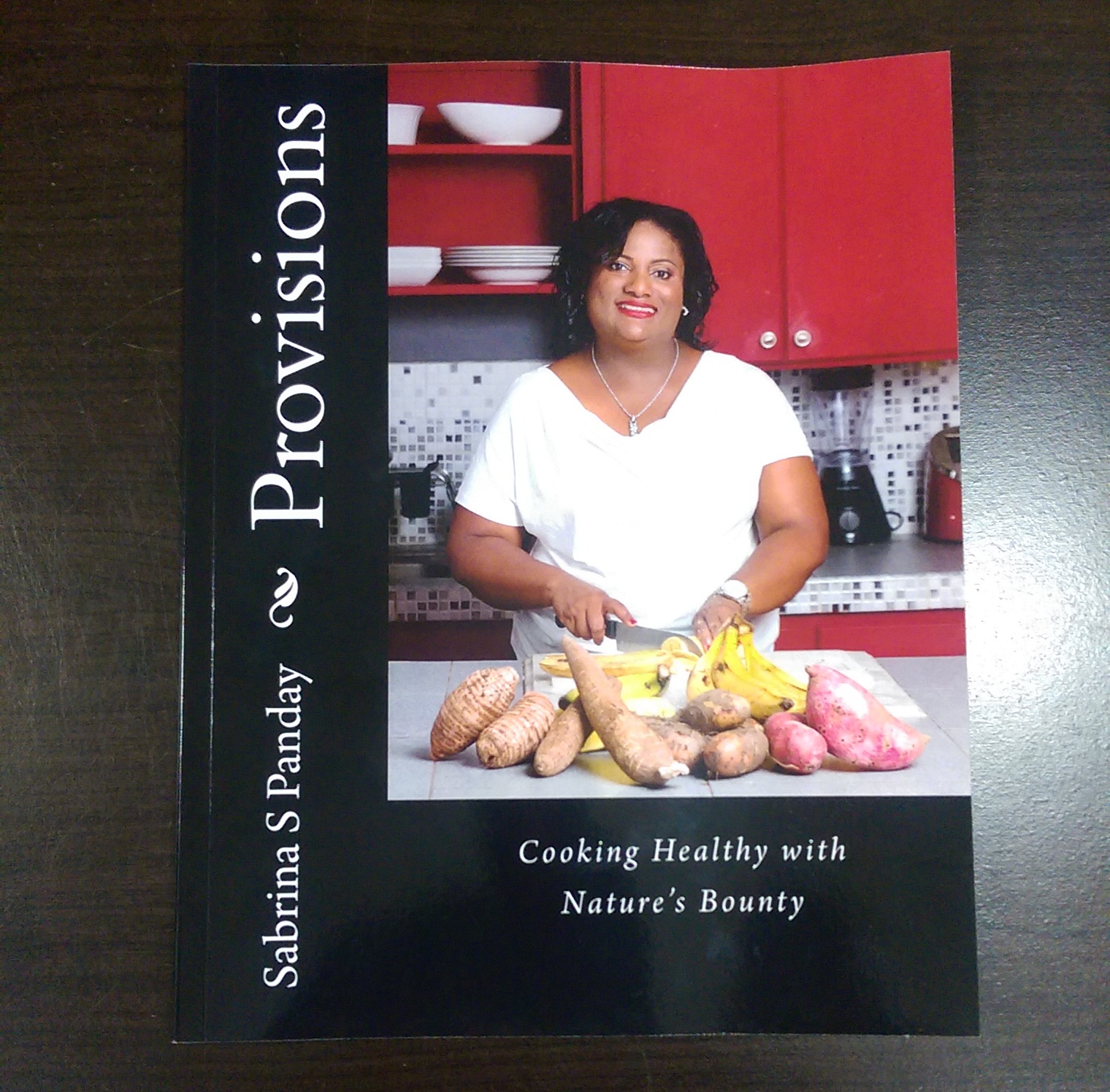 “What’s notable about this cookbook is that it appeals to vegetarians and gluten free enthusiasts, something I did unintentionally. It’s a twist on what can be done with ground provisions other than the traditional recipes we know. I have received positive feedback, locally and internationally and my dream for this cookbook is for it to be worldwide,” she declared. 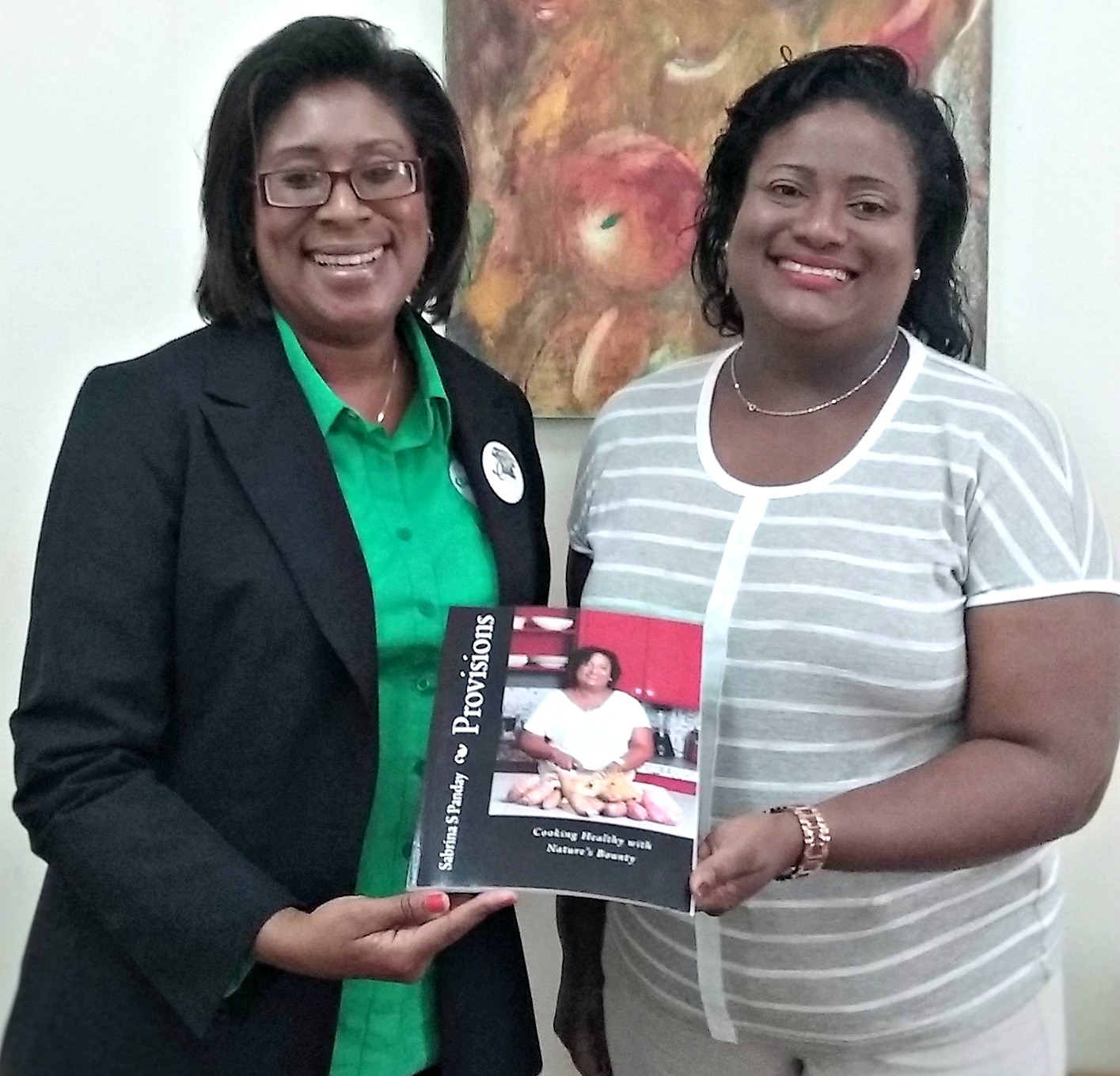 Handing over a copy to Tourism Minister Cathy Hughes (left)