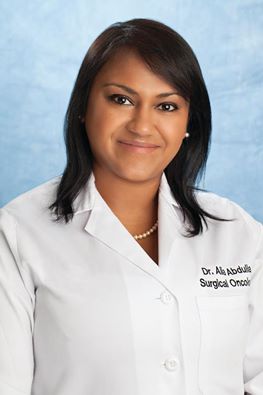 Dr. Alia Abdulla is the Medical Director of Surgical Oncology at North Shore Medical Center in Miami, Florida. An experienced surgical oncologist, she specializes in minimally invasive and robotic surgery and thyroid and parathyroid surgery. Her areas of interest also include the treatment of breast cancer, melanoma and skin cancer, sarcoma, complex gastric malignancies and complex colorectal malignancies.

Dr. Abdulla was born in Canada to Guyanese parents.  She completed her fellowship training in surgical oncology in the department of surgical oncology at Temple University Health System, Fox Chase Cancer Center in Philadelphia, Pennsylvania. She finished her general surgery residency and internship at the University of Medicine and Dentistry of New Jersey and graduated medical school from Nova Southeastern University College of Osteopathic Medicine in Davie.

Dr. Abdullah has conducted numerous research studies including clinical research at the National Institute of Health, National Cancer Institute. She has published her findings in various scientific publications and presented on laparoscopic surgery at several Society of American Gastrointestinal and Endoscopic Surgeons and regional conferences. 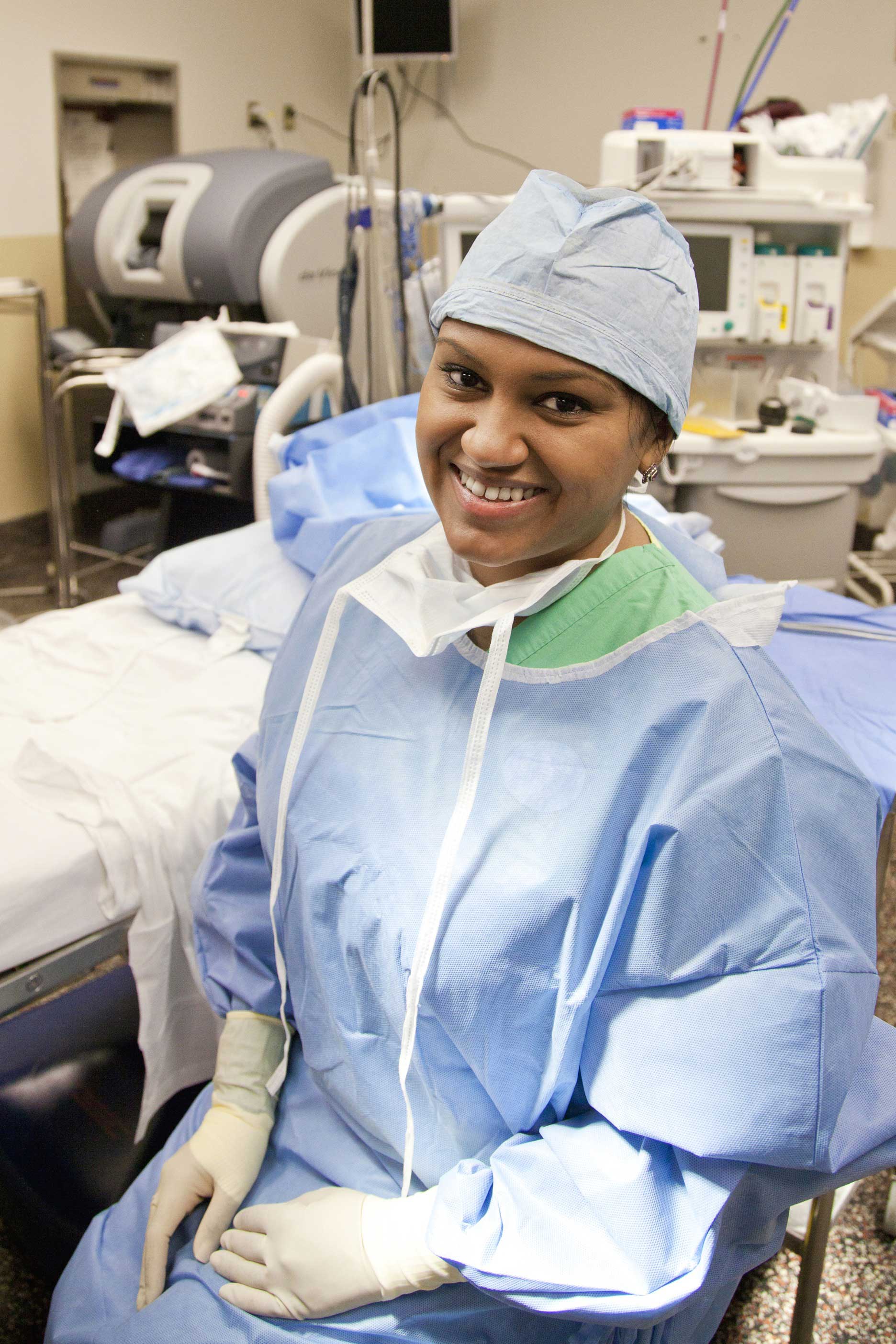 During her surgical residency, in 2011, Dr. Abdulla was honored with the Elmer Grimes Memorial Award for academic, clinical and administrative commitment, and in 2009, she won the Frederick G. Meoli Scientific Paper Award for her academic research on specific types of cancers and diseases.

In addition to serving as medical director of surgical oncology at North Shore, Dr. Abdulla is on the medical staff at Palmetto General Hospital in Hialeah. Her practice is located at the Center for Advanced Surgical Oncology on the campus of Palmetto General Hospital. She is also a member of the Advanced Surgical Oncology Network.

Dr. Abdulla is certified by the American Osteopathic Board of Surgery in General Surgery in the Fundamentals of Laparoscopic Surgery and trained on the Da Vinci Robotic Surgical System. She is fluent in English and proficient in Spanish and can be contacted at her office at  (305) 820-6657.