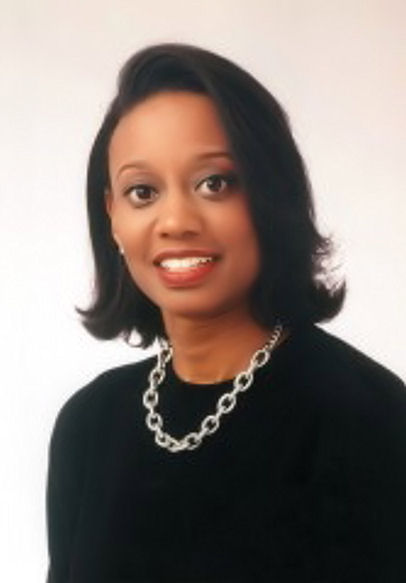 New York-based lawyer Denise M. Grant was born in Guyana and is a Partner in the  Project Development & Finance Group, Shearman & Sterling,LLP. She is the daughter of Guyana’s former ambassador to the United States, the late Hon. Cedric Grant and the second oldest of four girls (three of whom are lawyers).

After working at Shearman & Sterling as a summer associate during law school, Denise became a full-time associate of the New York-based firm in 1989 specializing in corporate, litigation, property, tax and antitrust matters.  She quickly climbed to the top of the ladder at the firm and became a partner in 1998. Her practice consists of representing multinational corporations and financial institutions in their secured and unsecured private financing activities, including acquisition financings, privatizations and corporate restructurings, lenders in project finance transactions in emerging markets and other domestic and international private financings.  Her responsibilities include advising many of the world’s leading businesses and credit institutions on corporate matters and financial transactions such as acquisitions, privatizations and restructurings.

Among her accomplishments, Densise has negotiated a $1 billion credit line for power equipment titan Deere & Co. and secured $725 million for industrial manufacturer Amsted Industries Inc. Other clients include  Mexico’s largest mining operation, Minera Mexico; and Chile’s principal telecommunications concern, Telefonica CTC Chile. Denise has also played a key role in supporting the expansion of Brazilian beef producer JBS, which made an important acquisition outside of Brazil and into the US with the 2009 purchase of Pilgrim’s Pride, a major chicken company. She has worked with JBS on subsequent financings for its US subsidiaries.

Denise also serves as co-chair of Shearman’s diversity committee; a committee she co-founded in 1992 as a third-year associate at the firm was also the firm’s first black partner. A staunch advocate for diversity and inclusion, she spearheads numerous initiatives to recruit and support the career development of minority lawyers.

In a 2011 interview with www.theglasshammer.com, Denise shared that she is most proud of becoming the firm’s first and only Black partner. “Making partner is as much as an achievement for me as it is for other aspiring minority lawyers,” she stated. “It’s historic, and also a source of pride for my parents.”

Denise also loves doing pro bono during her spare time and recently worked on microfinance matter for a social business fund investing in social businesses in Haiti. “This is something I’m passionate about”, she shared.  She also sit on the board of Edwin Gould Services for Children and Families, which is a New York State-sponsored adoption agency.”

For women entering the legal profession, Denise advises that they not allow themselves to be wallflowers. “Make sure you’re visible,” she said. “From the time you get into the firm, make sure you’re noticed. You have to do a little bit more than just be an excellent lawyer. You have to create your own opportunities.”

Denise is proud of her career and the opportunity to open doors for others where there may have been a wall before, and she encourages other senior female role models to not only open doors but to help usher women through them.

For more information on Shearman & Sterling,LLP check out the firm’s website at  http://www.shearman.com