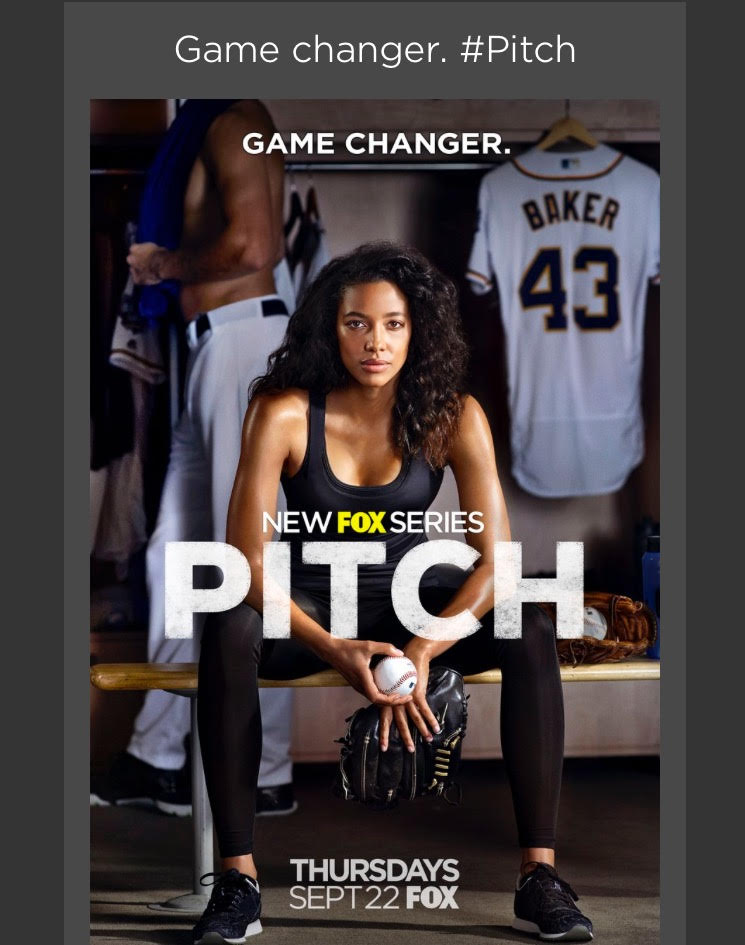 Pitch is the story of baseball pitcher Ginny Baker (Kylie Bunbury) who immediately rises to fame when she is called up by the San Diego Padres and becomes the first woman in Major League Baseball. She immediately sets in on the task of proving herself to her teammates, starting with team captain and catcher Mike Lawson. The two share an immediate chemistry, putting Mike in the middle of tensions between the beautiful new player and certain teammates who don’t appreciate a woman out on the mound. Not all of her fellow Padres are so averse to change, with center fielder Blip Sanders providing support through her journey. 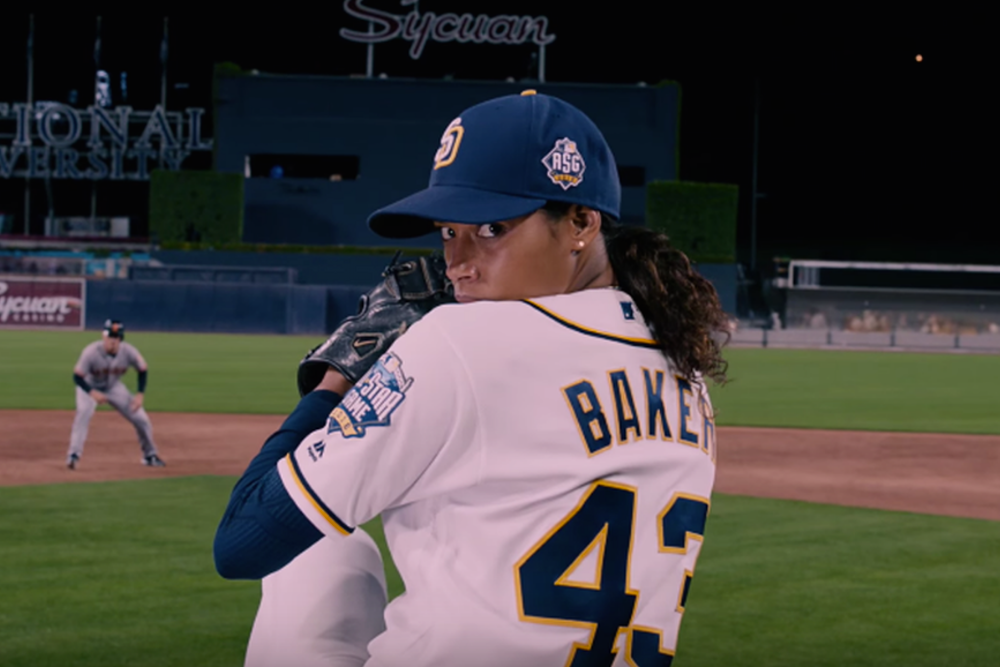 Kylie made her acting debut in 2010 at age 21 as Kathleen on NBC’s long-running soap opera Days of Our Lives. Over the years she’s had roles in Disney feature film “Prom, in Fox’s The Sitter, ABC Family teen drama ” Twisted”, CBS’s Summer drama series Under The Dome, and most notably the lead female, Suhad, in SPIKE TV’s limited series, TUT

According to newrepublic.com, Fox and the MLB are marketing Pitch’s premise as daring and groundbreaking.

To learn more about Kylie, check out her GGR Profile HERE.

Kylie Bunbury is about to have her big moment. The 27-year-old Canadian actress makes her debut on Fox’s baseball drama Pitch as Ginny Baker, the first female pitcher in Major League Baseball. Recruited by the San Diego Padres, Ginny goes on a journey of self-discovery as she tries to balance her family’s expectations and her own professional aspirations amid clubhouse conflict.