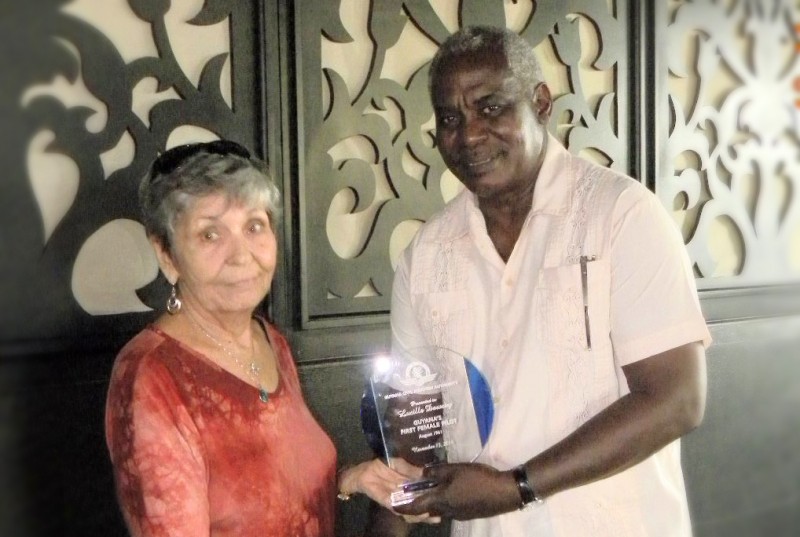 Ms. Dawsey was recognized for the major contributions she made in the aviation arena, and for the many examples she set for the other female plying the trade. The Guyanese born retiree received her pilot’s license in 1961 and was attached to TransGuyana Airways Limited at the now Ogle International Airport.

After receiving her pilot license, Ms. Dawsey fondly called ‘Lucy’ flew several Cessna airplanes [180, 206 and 172] in the hinterland where she and her first husband George Golas were into the precious minerals operation.

Unfortunately, several personal tragedies prompted Ms. Dawsey to migrate to Trinidad in 1974.  She returned briefly in 1979. Her son Stanislaus revealed that his mother, despite the challenges she faced, “kept her strength that I have not seen in anybody else I have come across.” Ms. Dawsey’s vitality for life is another quality he admired and thanked the Minister and guests for honoring his mother. Furthermore, her niece Susan recalled that “she always had the family with her” and wished her long heath and strength.

Nowadays, Ms. Dawsey travels extensively especially to Costa Rica, the US and Canada where her children reside.  She spent two days in the country and visited the various aviation centres and made trips to the interior. A brunch was hosted for the veteran pilot in appreciation of her tireless contribution to the aviation sector. 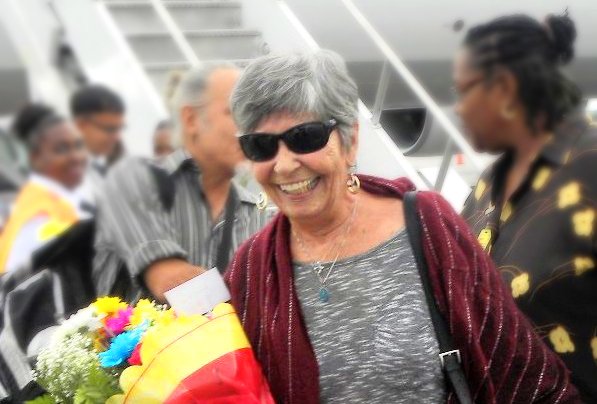 Ms. Dawsey was received by executives of the Guyana Civil Aviation Authority (GCAA) when she arrived in Guyana.