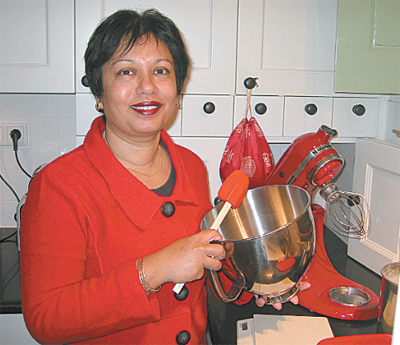 With Christmas right around the corner, it’s a delight to bring you Guyanese-born author Gaitri Pagrach-Chandra who serves up exquisite recipes in her cookbooks “Warm Breads and Honey Cakes: Home Baking from Around the World” and “Sugar and Spice: Sweets and Treats from Around the World”, and much more.

Gaitri is a food writer and historian. She currently resides in The Netherlands where she researches and writes about food and food traditions and culture. Gaitri grew up balancing the Caribbean influences of this South American land on one hand and the other, her Indian roots.  She has won many awards for her cookbooks and essays on gastronomy and also writes in Dutch. Her latest book, Sugar and Spice which looks at desserts and sweets from around the world, was recently published and her Dutch book (Het Nederlands Bakboek) has been nominated for Cookbook of the Year in Holland.

Gaitri describes herself as “a convent-attending Guyanese Hindu of Indian ancestry, who was educated in North America and Europe and subsequently married into a European Jewish family”. She is also a freelance translator and has authored a book on Dutch baking – ‘Windmills in my Oven’ (Prospect Books, 2002). She received the Sophie Coe award for food history in 2000 for her paper, “Damra Bound: Indian Echos in Guyanese Foodways”, presented by the Oxford Symposium on Food and Cookery. Her book, Warm Bread and Honey Cake (Pavilion, 2010), won the Guild of Food Writers Award for Cookbook of the Year 2010. 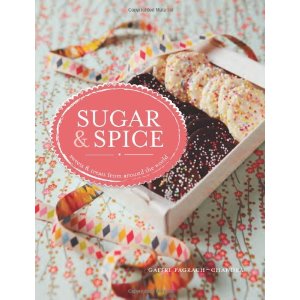 In an interview with the T&T Guardian, Gaitri is quoted as saying “food is not just sustenance for the body. To me, it is a source of delight on all levels: deciding what to cook, shopping for the ingredients, preparing the dish, eating it—preferably in the company of like-minded people, so that we can talk about the food as we eat it.” And that’s not all. I enjoy thinking about the historical and cultural implications of food, too. Then comes the part I love most: writing about it. That’s how I came to write my first book, Windmills in my Oven. Several years later Warm Bread and Honey Cake (2009) followed. “

Giatri went on to say “that book—Sugar and Spice—covers a world of sweet bites, from fudges to brittles, brownies and tiny pastries. Even the lovely toolum from my childhood visits to Trinidad has not been forgotten. Blood will always tell, and what I particularly enjoyed doing were the Indian sweets, from laddus to barfi, gulab jamun, kalakand and more. Many of them took me straight back to my Guyanese childhood, especially festive occasions.    Caribbean people use food as love and almost always make enough to share—especially when it’s something sweet. At Eid, our Muslim friends would bring over plates and dishes crowned to the brim with succulent sawine (vermicelli cake), rich and creamy barfi and chunky, cake-like “Muslim” mithai.

Gaitri’s cookbooks offer excellent recipes well-suited to the modern kitchen that will awaken your tired palates. Pick up a copy of at www.amazon.com, also check out her fan page www.facebook.com/gaitri.pagrach.chandra and website www.gaitripagrachchandra.com

Below is the recipe of Gaitri’s Drunken Apple Cake.  Enjoy with moderation! 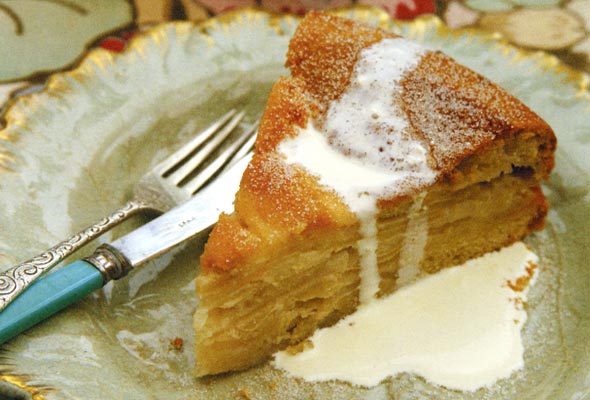